More financial woes for Katie Price: Now court orders her to pay ex-husband Alex Reid £140,000 in legal fees after she allegedly shared with studio audience sex tape footage of him

Bankrupt Katie Price was today facing fresh financial woes after she was ordered to pay her ex-husband Alex Reid £140,000 in legal fees after allegedly showing sex tape footage of him to a studio audience.

The former glamour model, 41, was also handed a five-year injunction preventing her from sharing any private information about their relationship.

It is the latest blow for Price after she was declared bankrupt yesterday after failing to pay £800,000 worth of debts. She did not appear in court and was not represented by a lawyer.

Scroll down to video. 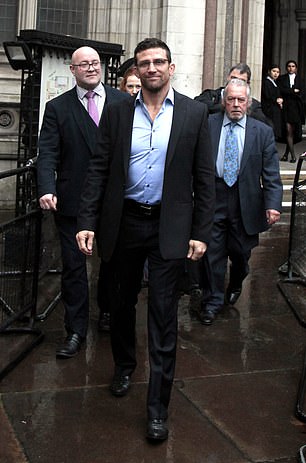 Ms Price was accused of playing a sexually explicit video clip of Mr Reid to a 40-strong TV studio audience off-camera while filming an episode of Celebrity Big Brother’s Bit On The Side in January last year.

Mr Reid was at the High Court today as Judge Richard Davison ruled in his favour against Ms Price, explaining: ‘I propose to enter judgment for damages to be assessed’.

The judge also hit Ms Price with a £150,000 lawyers’ bill, and Mr Reid said outside court afterwards: ‘I don’t ever want to talk about her again’.

The case is due to return to the High Court in March when a judge will work out how much compensation is due, but Mr Reid’s lawyers say they are claiming up to £100,000.

However the picture is complicated by the fact that Ms Price was yesterday declared bankrupt in a separate High Court case, meaning Mr Reid will have to get in line with other creditors for his cash compensation.

Ms Price, 41, was once said to be worth over £40m, having carved out a fortune through modelling, fashion and publishing.

She appeared in TV shows such as Footballers’ Wives and made a splash in the 2004 edition of ‘I’m a Celebrity’ where she met her future husband, the pop star Peter Andre. 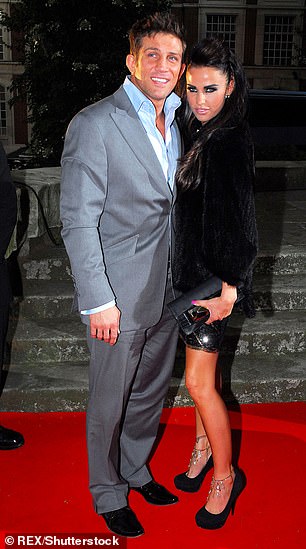 She married Mr Reid after splitting with Andre in 2010.

The pair then also split, with Ms Price getting together with Kieran Hayler In 2013.

Last year Ms Price struck a repayment deal with her creditors, but allegedly failed to keep to its terms.

As a result she has now been made bankrupt – with the Official Receiver taking over her financial affairs.

Judge Davison said the effect of Ms Price’s bankruptcy did not prevent him giving judgement against her, but that Mr Reid will now have to pursue any debt through the Official Receiver.

‘I propose to enter judgment for damages to be assessed. The bankruptcy doesn’t prevent me from doing that but it will have the usual effects on any enforcement because you will have to prove it in bankruptcy,’ he told Mr Reid’s QC, Patrick Harrison.

The judge went on to extend an injunction barring Ms Price further distributing the incendiary sexual material for the next five years.

Ms Price was not in court today and was unrepresented.

Mr Reid, also applied for his ex to make a massive £250,000 payment towards his lawyers’ bill so far.

His QC claimed Ms Price had failed to ‘engage with the legal process’ commenting that the legal costs of the case amounted to an ‘enormous sum’.

The judge directed Ms Price to pay an initial £150,0000 towards the costs’ bill, subject to her bankruptcy status.

After the brief hearing Mr Reid bluntly commented: ‘I don’t ever want to talk about her again’.