Katie Waissel breaks silence after the death of her grandmother

The X Factor star Katie Waissel has spoken out following the death of her grandmother Sheila Vogel-Coupe at the age of 93.

Sheila, who was famously revealed as a mature escort and openly worked as a £250-an-hour prostitute until the Covid pandemic struck, was sadly diagnosed with dementia.

Her daughter Josie, Katie’s aunt, said Sheila was ‘amazing’ as she told The Sun her mother had died on Friday, and singer Katie, 36, who was estranged from Sheila, has now broken her silence.

Breaking her silence: The X Factor star Katie Waissel, 36, has spoken out following the death of her grandmother Sheila Vogel-Coupe at the age of 93

Katie said in an Instagram Live: ‘I have been made aware of the news about my 93-year-old grandmother passing away. It is understandably a sad and sensitive time. It’s a very sensitive subject to be made public unbeknownst to any of us.

‘It is very disrespectful for someone in the family to disclose that information without anybody knowing.’

On her relationship with her gran, the former Celebrity Big Brother housemate continued: ‘I never had an issue with what she did. I had an issue with the fact I messaged her and said grandma, “we will work through this as a family”. 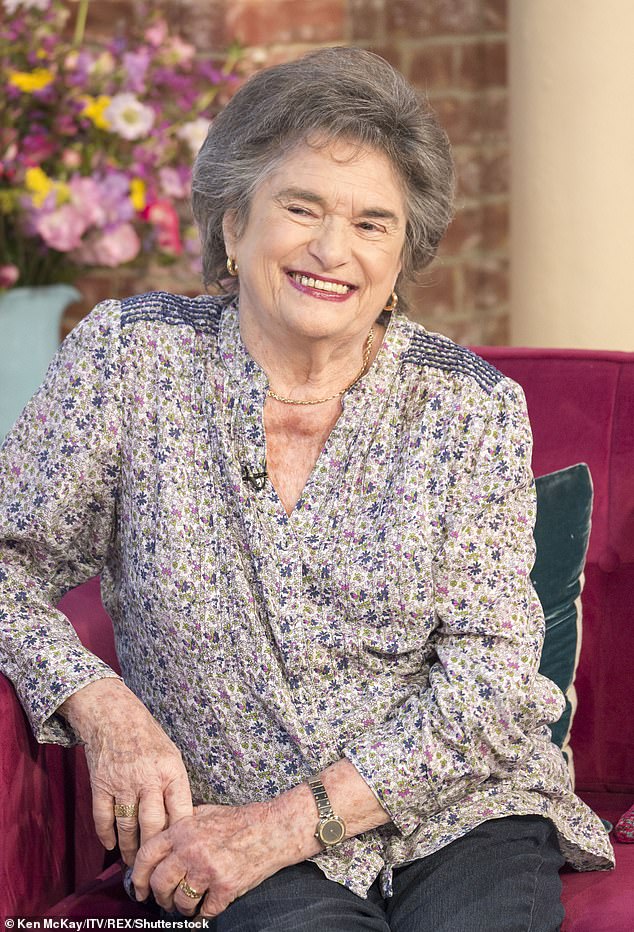 Sad news: Sheila, who was famously revealed as a mature escort, died on Friday after being diagnosed with dementia (pictured in 2014)

Speaking after Sheila’s death, Katie’s aunt Josie said: ‘We were so proud of her. Her passing deserves a mention because she was so unique.’ 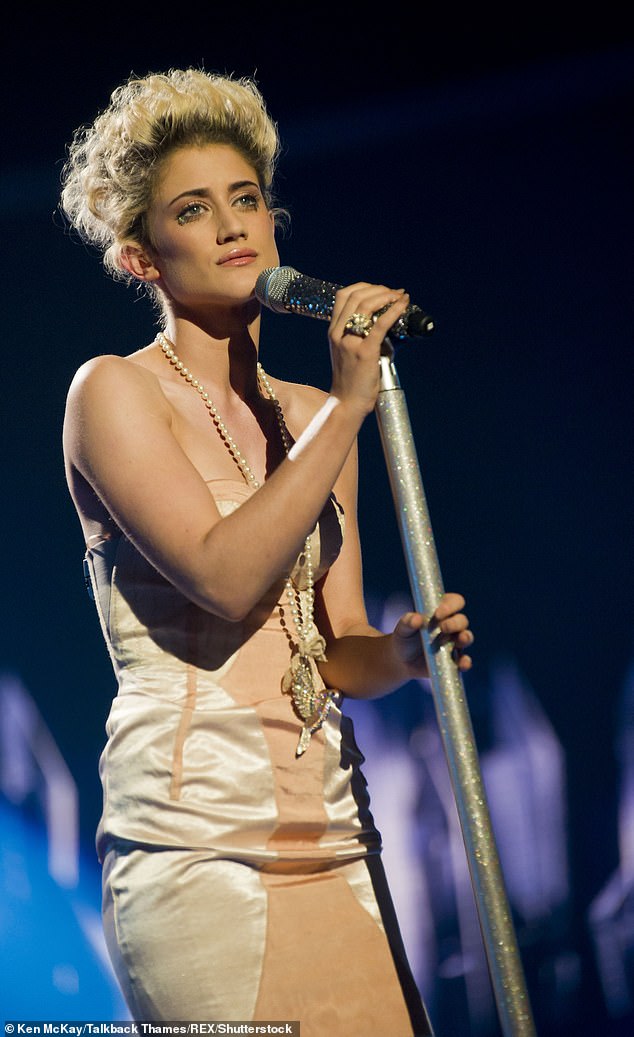 Difficult to understand: The pensioner’s secret life of prostitution was revealed in 2010 and her choice of career caused her granddaughter Katie upset (Katie pictured on X Factor in 2010)

The pensioner’s secret life of prostitution was revealed in 2010 – six years after the death of her husband – and her choice of career caused her granddaughter Katie and her mother Diana, great upset.

Sheila said at the time: ‘I work as a prostitute because I love it. It gives me great satisfaction and keeps me young. I could go on for years yet. Why should I stop?

‘I think of myself as a refined lady giving a very special service to men who are not going to get anywhere else. 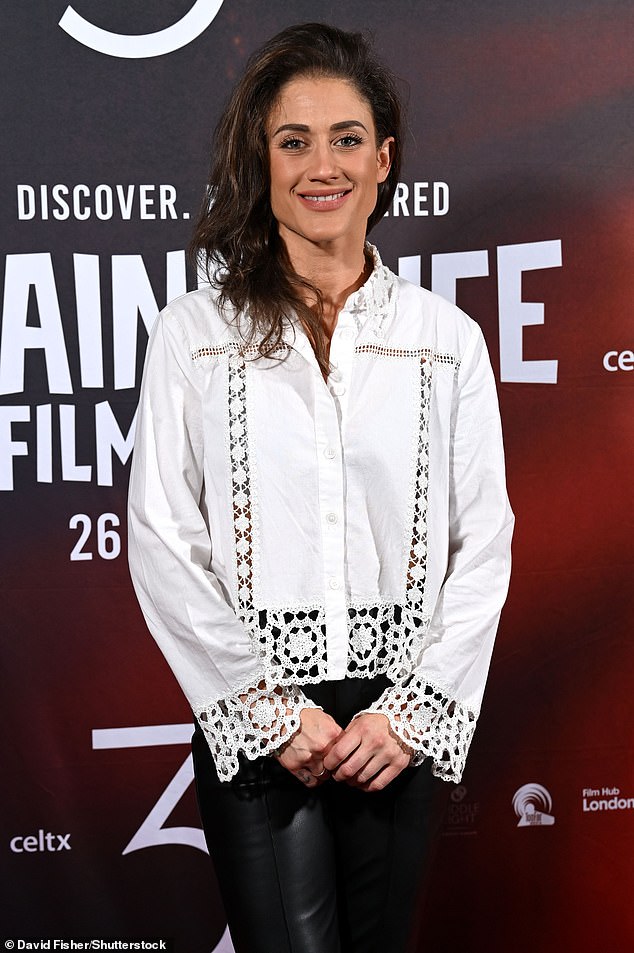 Speaking out: Katie said of her gran’s death: ‘I have been made aware of the news about my 93-year-old grandmother passing away. It is understandably a sad and sensitive time’ (pictured this month)

‘I’ve had a few celebrity clients but I would never say who they were. They worked in the music industry and TV and things. I like to make men happy and content.

‘I have no inhibitions. I love people. I’m an outgoing personality who lives in the 21st century.’

Sheila, who went by the name Grand Dame Cecilia Bird on the website for escort agency Mature Courtesans, had said she had bedded men as young as 23.

In 2011, she appeared on This Morning and said Katie’s singing career had scared off lots of her clients.

She said: ‘Absolutely Katie has ruined my career. I’m afraid she has. But I still wish her well. I love them all.

‘I love her and it breaks my heart to see my family split up like that. I would just ask them to not be so judgemental.’

Sheila, from North London, had said that Katie’s mother Diana, her daughter, is furious with her actions and no doubt was worried about her.

It is not known if the family were able to overcome their differences. 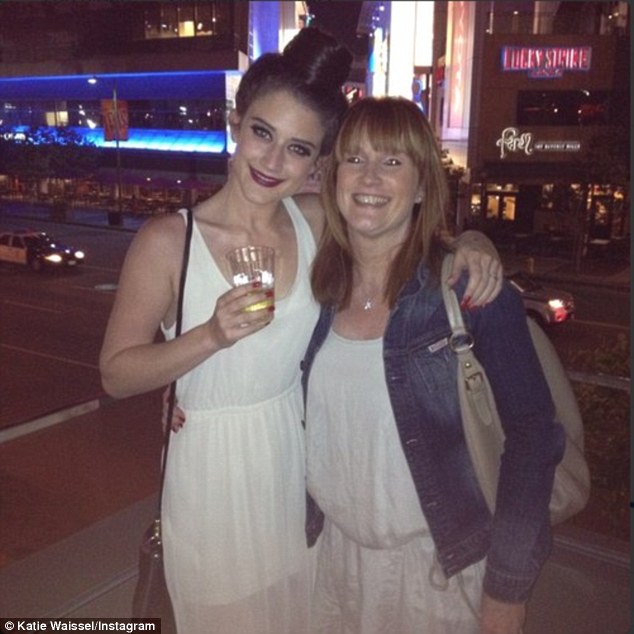 Family: Katie – pictured above with her mother Diana – had fallen out with Sheila after the news of her career broke and it’s not known if they were able to settle their differences (pictured in 2016)