Katy Perry made a surprise appearance at a benefit concert for the survivors of the deadly Montecito mudslides and first responders on Sunday.

Local girl Katy performed performed three songs at the fundraiser held at a private estate in Summerland, a community right next door to Montecito, just outside Santa Barbara, California.

Twenty-one people lost their lives and dozens of homes were destroyed when a debris flow of mud swept through the exclusive hillside community in early January, just days after the Thomas Fire had charred the surrounding area.

‘My heart was broken by the tragedy, the mudslide. I’ll do anything to help this community,’ the 33-year-old told CNN.

Local girl: Katy Perry made a surprise appearance and performed three songs at a benefit concert for the survivors of the deadly Montecito mudslides and first responders on Sunday Surprise: The pop superstar, 33, was swamped by young fans as she attended the One 805 Kick Ash Bash at the Bella Vista Ranch in Summerland, just outside Santa Barbara, California

The pop superstar dedicated her hit Firework to Lauren Cantin, 14, who was pulled from the wreckage of her home on January 9. Lauren’s mother also survived but her father died and her 16-year-old brother Jack is still missing.

Katy, who grew up in Goleta, just north of Santa Barbara, delighted the crowd at the One 805 Kick Ash Bash at the Bella Vista Ranch.

Fans took to social media to share photos of the singer hugging some of the youngsters who were at the event.

And in an interview with local TV reporter Alys Martinez, Katy turned the tables on the journalist and started thanking her for all the reporting she did during the disaster, telling people’s stories and keeping the community informed.

Martinez shared the video to her Twitter along with a heart emoji. 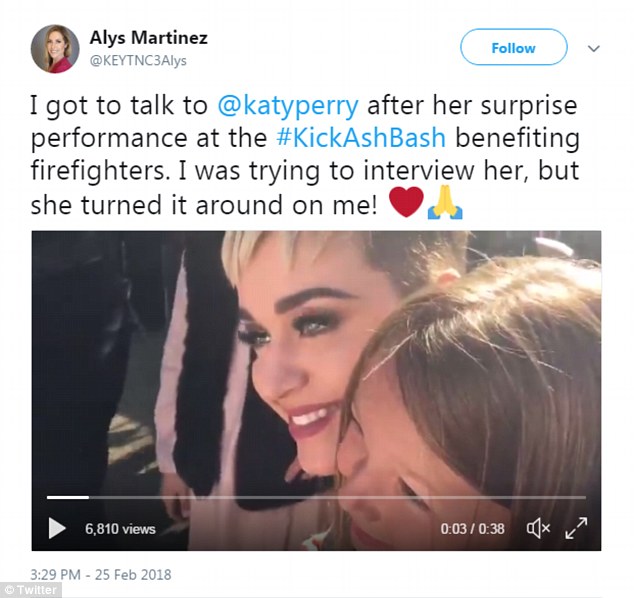 Generous: Local TV news reporter Alys Martinez got to speak with Katy who turned the tables and started praising her for her coverage of the disaster in which 21 people lost their lives 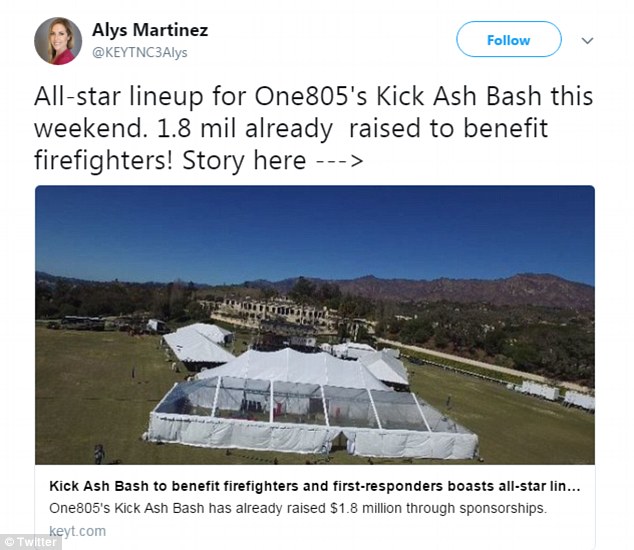 Benefit: The event was held at a private estate and was attended by 2,000 people. Other performers included David Foster, Katharine McPhee, Richard Marx and David Crosby 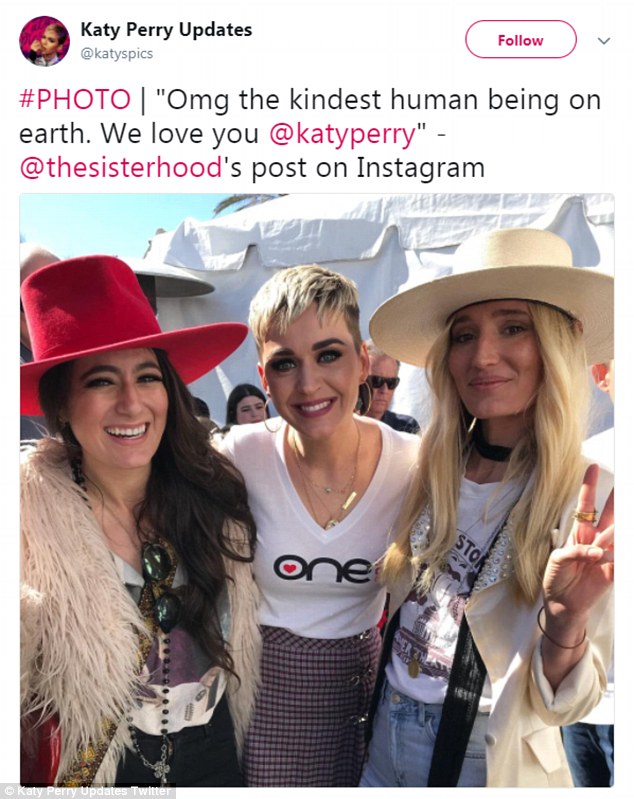 Happy to be here: Katy posed for snaps with other artists like The Sisterhood Band

Also at the event was comedienne Ellen DeGeneres and her actress wife Portia De Rossi.

Ellen has shared news about the disaster on her daytime chat show.

Organizers told CNN that the event had raised almost $2 million. 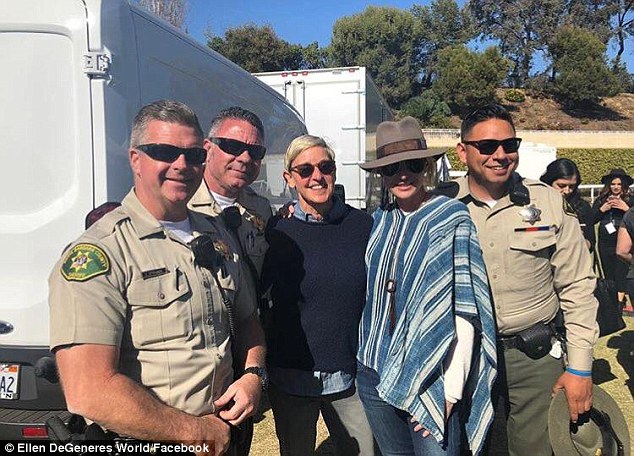 Big names: Also at the concert was local resident Ellen DeGeneres and her wife Portia de Rossi, who posed for photos with local law enforcement. The couple live in Montecito