With a team of professional makeup artists at their beck and call, not to mention the pick of the world’s best products, it is not uncommon for celebrities’ red carpet looks to end up costing hundreds, if not thousands, of dollars.

But Katy Perry proved to the world that you don’t have to spend a fortune in order to look like a million bucks when she stepped out at the 2019 Grammy Awards sporting a stunning makeup pink look that cost less than $95.

The 34-year-old superstar worked with makeup artist Michael Anthony for the glittering celebrity event, with the beauty pro revealing that he wanted to coordinate Katy’s cosmetics with the pretty pink of her dress. 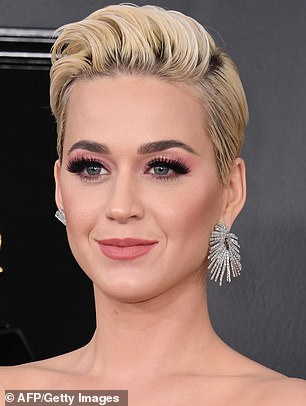 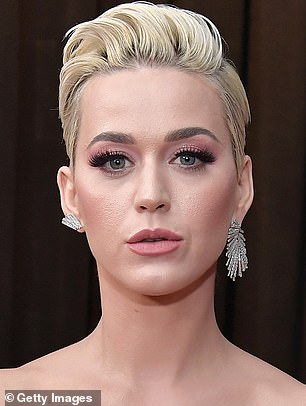 Picture perfect: The 34-year-old’s makeup was coordinated with the pretty pale pink of her frilly layered tulle dress 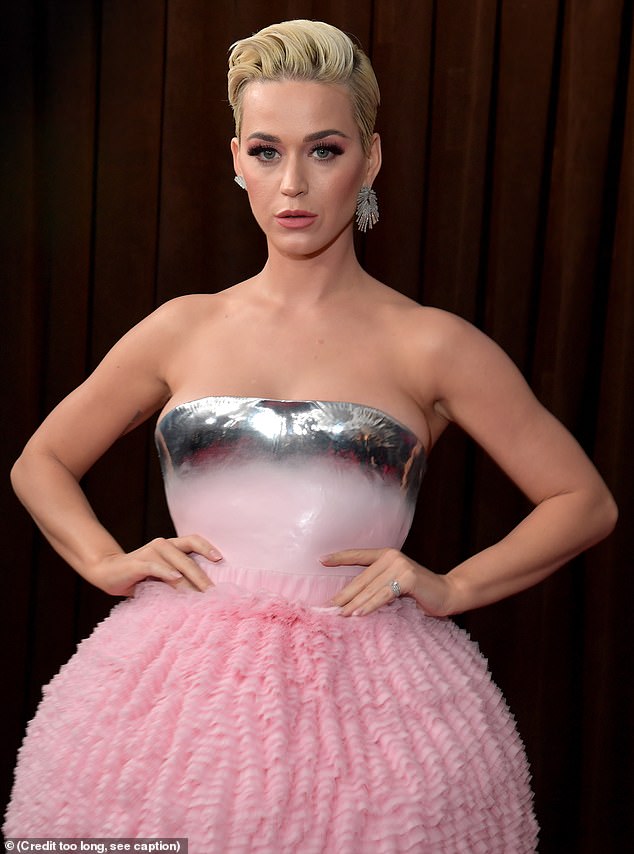 Pro tips: Katy worked with makeup artist Michael Anthony for the event, with the beauty pro revealing that he wanted her look to focus on the eyes

To achieve that, he used a collection of budget-friendly products from Covergirl – a brand for which Katy also serves as a spokesmodel – including one eyeshadow palette that is not due to be released to the public until April.

‘Katy’s look is definitely all about her eyes,’ Michael said of the popstar’s pink-focused look, before going on to explain how he used the soon-to-launch eyeshadow product.

‘I used the beautiful pink tones in the new Queenship Revolution Palette to compliment the baby pink color of her dress,’ he said.

‘I popped the Exposed shade on the outer corners of her eyes and deepened the color with Showdown.

‘To brighten up her eyes I used Commotion on the inner third of her lids. Finishing her look I popped on a pretty pink matte lip in Pink Paws and set her face with the Active setting mist.

‘I absolutely love these new palettes from Covergirl.’

Before Michael got to work, Katy got a cupping facial from beauty pro Thuyen Nguyen, founder of FaceXercise, who focuses on facial sculpting and toning.

The singer shared videos from her facial on her Instagram Stories, joking to Thuyen that she wanted him to ‘take her back to 2008’, while the celebrity facialist joked that his treatment would actually have her looking like she did in 2007. 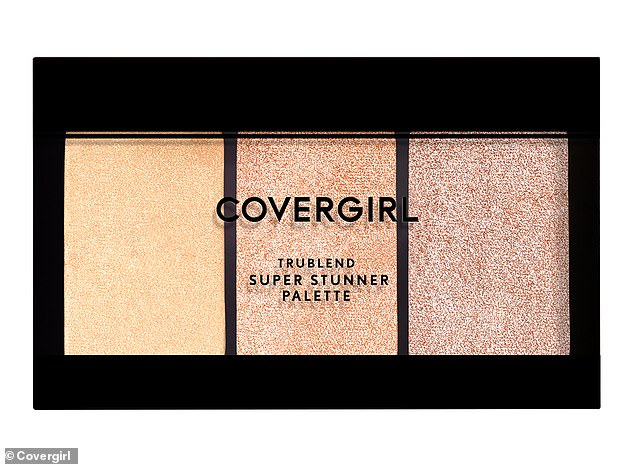 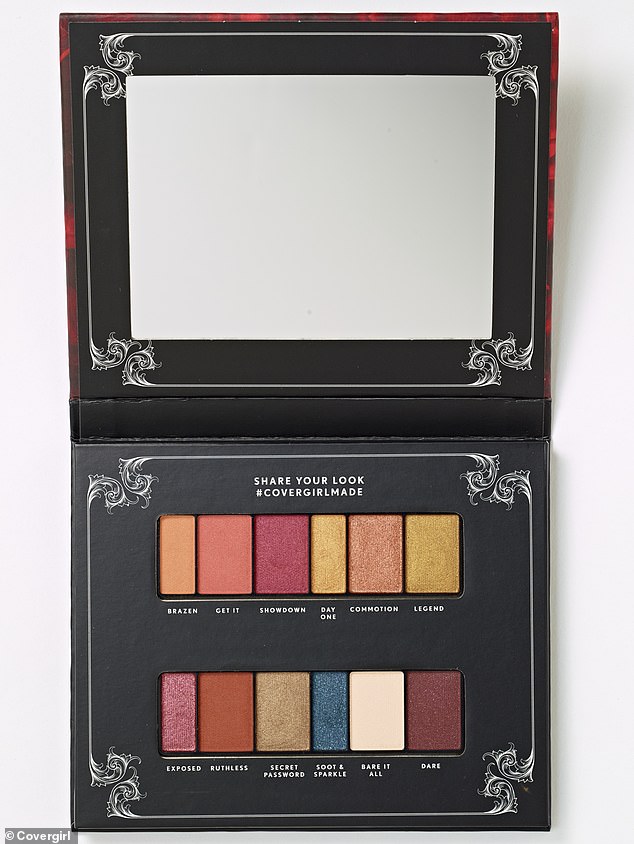 Sneak peek: In order to create the eye look that matched Katy’s frilly frock, Michael used the Queenship Eyeshadow Palette in Revolution ($14.99), which hasn’t been released yet

‘Fine! 2007! Just make it look like it was my first Grammys, not my 75th,’ Katy remarked as she relaxed during her awards show pampering session.

Once her facial was done and dusted, it was time for Michael to step in, with the beauty pro starting off the look by prepping Katy’s face with the Covergirl TruBlend Base Business Primer in Skin Smoothing ($8.49), before mixing the brand’s TruBlend Matte Made Foundation in two different shades – Classic Ivory ($11.49) and Fair Beige ($11.49). 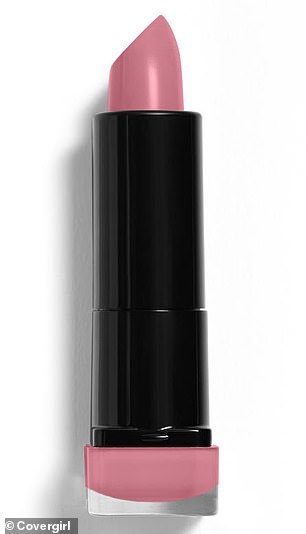 Pucker up! The look also incorporated the Katy Kat Matte Lipstick in Pink Paws ($8.99) from Katy’s own collection

From there, he gave the pop princess a beautiful glow with the TruBlend Super Stunner Highlighter Palette in It’s Lit ($13.49), before setting her base makeup in place with the newly-launched Covergirl Outlast Active All-Day Setting Mist ($8.99).

After the foundation was finished, Michael moved onto the eyes – the focus of Katy’s look for the evening.

Making sure that his client’s makeup would stand the test of time, as well as the glare and heat of the lights and camera flashes, Michael prepped her eyelids with the Lid Lock Up Primer ($8.99), before bringing out the big guns in the form of the unreleased Queenship Eyeshadow Palette in Revolution.

Michael picked three pretty pink-toned shades from the palette, which is set to hit stores on April 8, and will retail for $14.99, Exposed, Commotion, and Showdown.

The finishing touches were the Exhibitionist Mascara ($7.99), and then a slick of the Katy Kat Matte Lipstick in Pink Paws ($8.99), from Katy’s own collaboration with the beauty brand.

All the products in Katy Perry’s budget Grammys beauty look