Kayaker saves man left clinging to a rock in Wales

By Isobel Frodsham For Mailonline

This is the dramatic moment a kayaker was saved from drowning by his comrade after he was thrown out of his boat and left clinging to a rock.

The man, whose name isn’t known, was navigating choppy waters in Wales with three other kayakers when his vessel capsized.

The footage, taken by Wayne Shakell, shows the green kayaker being forced underwater and moving along with the current before flipping over. 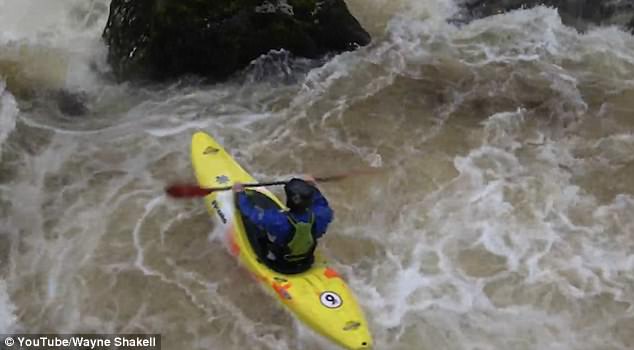 The footage sees the men managing to navigate the waves but then one kayaker capsizes. His comrades then try to save him

Members in his group are then seen trying to stop themselves from moving further in a bid to help him.

One man successfully manages to climb on to a nearby rock to aid his friend, who is seen clinging on to a rock.

He then heaves the man safely on to the rock who then gives a thumbs up to another kayaker nearby.

It is not clear where in Wales or when this footage was taken. 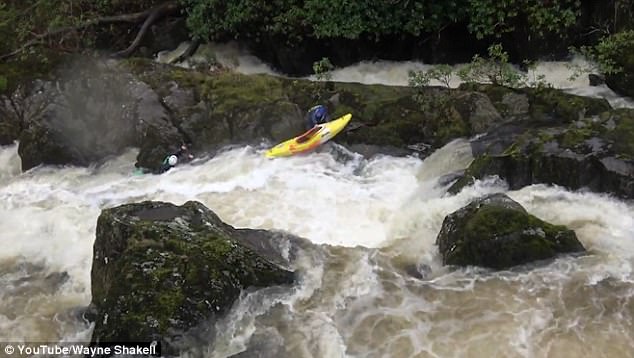 One man successfully manages to climb on to a nearby rock to aid his friend, who is seen clinging on to a rock 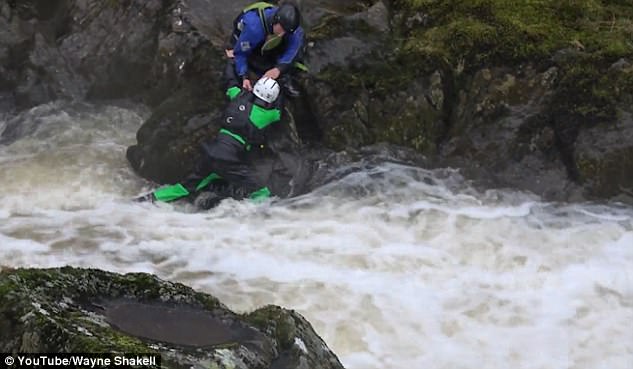 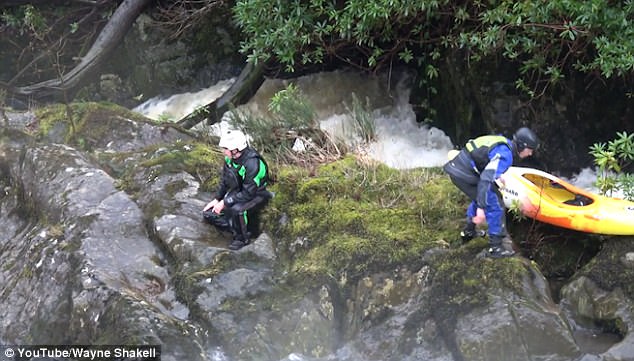