Kayla Itsines reveals the habits to break in the New Year

Another year is about to pass, and soon it will be time to make another round of New Year’s resolutions we hope will actually last.

Sticking to goals is something Kayla Itsines has become especially familiar with, after she briefly lost the motivation to workout this year.

The fitness queen revealed in 2017 that she was too consumed by grief after losing her beloved dog to regularly train, but got back into her regular routine in May.

And now Kayla has revealed the five bad habits she believes everyone could benefit with breaking in the New Year.

Kayla Itsines, 26, has revealed the five bad habits she believes everyone could benefit with breaking in 2018 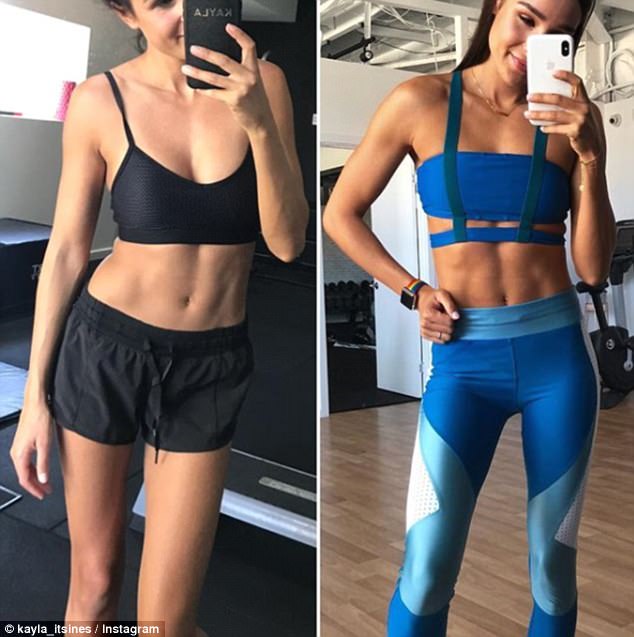 Sticking to goals is something Kayla Itsines became especially familiar this with year, after she briefly lost the motivation to workout before getting becoming stronger ‘in every possible way’ (pictured is her transformation snap)

Kayla, 26, recommends that one of the best ways to start the New Year off right is to, well, try something new.

Doing the same thing every day can be a nice routine, but it can eventually get quite limiting and boring.

‘Doing the same workout every week means you may not be challenging yourself and your body, which means you’re not seeing results from your workouts,’ Kayla writes in her blog.

The Bikini Body Guide creator suggests signing up for a surf lesson, going for a hike, or starting weight training to mix up your routine and keep your body guessing.

She also recommends that we break up with our snooze button when 2018 hits.

The fitness queen revealed that starting your day off right is far easier when you stop delaying the inevitable. 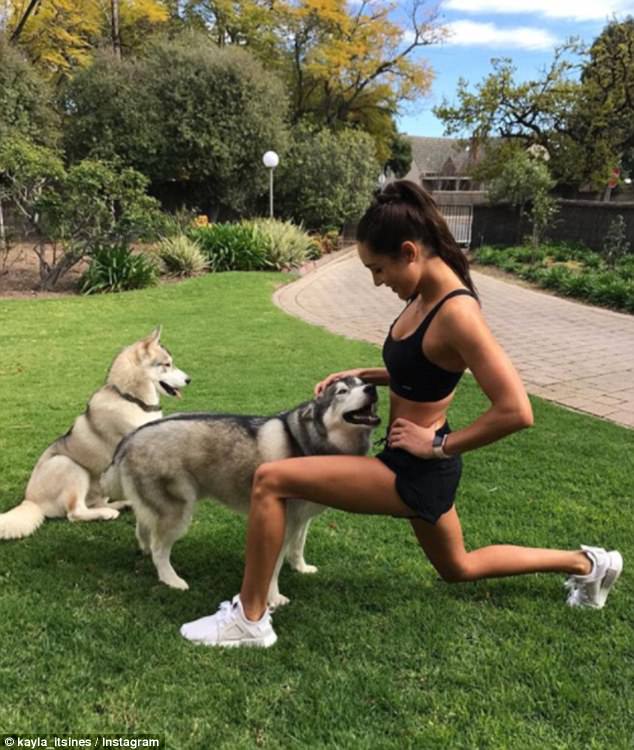 The fitness queen revealed earlier in 2017 that she was too consumed by grief after losing her beloved dog to regularly train, but got back into her regular routine in May 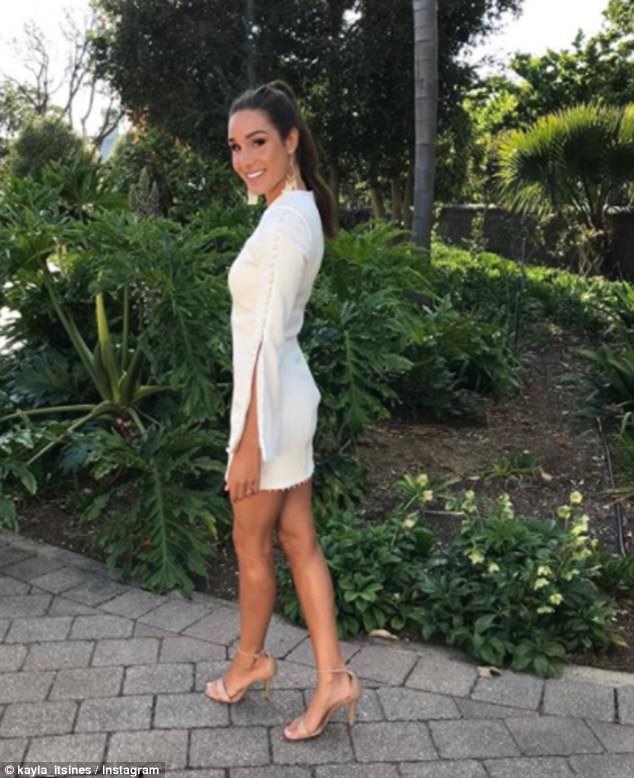 And, Kayla adds, getting up immediately only gives you more time to do the things you enjoy.

‘You’ll probably find that you get so much more done, and you don’t miss out on quality sleep,’ she writes.

And while you’re giving up the snooze button, Kayla also recommends taking longer breaks from your phone.

Kayla recommends putting your phone down more often and soaking up what’s happening right in front of you.

This year Kayla experienced first-hand how important it was to stop putting her own health last.

And after months of grieving for her pup TJ, she finally sat herself down and decided she needed to make a change – and got stronger ‘in every possible way’. 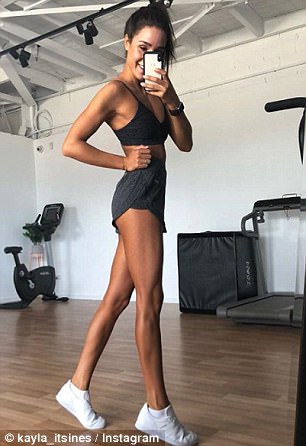 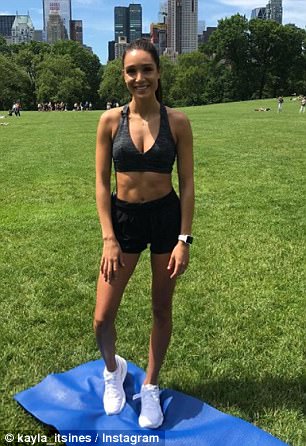 Kayla may be a fitness queen, but even she believes it is never okay to body shame yourself 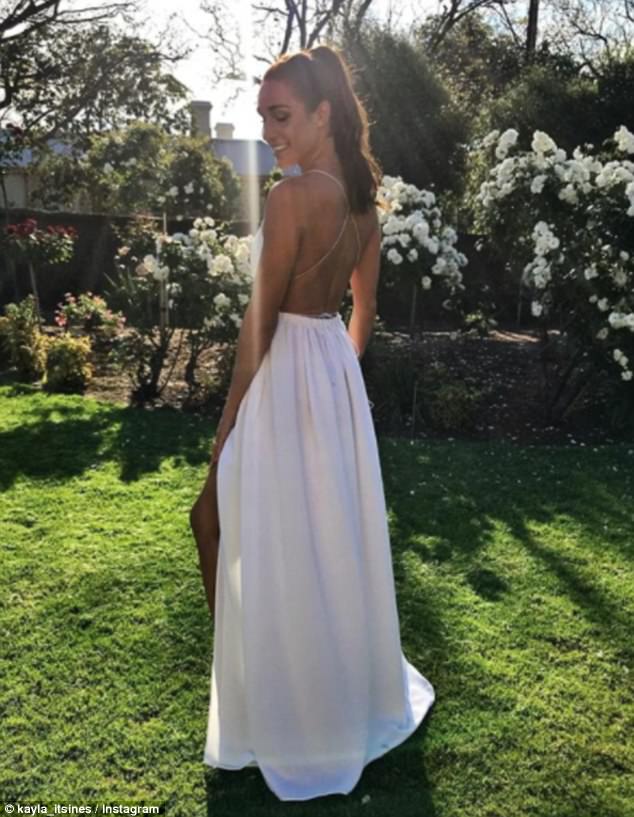 In 2018 Kayla recommends scheduling your workouts ahead of time and sticking to them.

And, if you’re feeling overwhelmed with life, Kayla advises to take some time out for just yourself.

She may be a fitness queen, but Kayla believes it is never okay to body shame yourself.

With so much pressure on women to look a certain way, Kayla has found it is far more important to focus on how you feel about yourself instead.

‘Most of us have insecurities about our bodies, but it’s time to stop worrying about things like cellulite or stretch marks,’ she writes.

‘How you feel on the inside is much more important! Don’t allow your thoughts to tell you how you should look. Acknowledge them as unhelpful, and let them go.’ 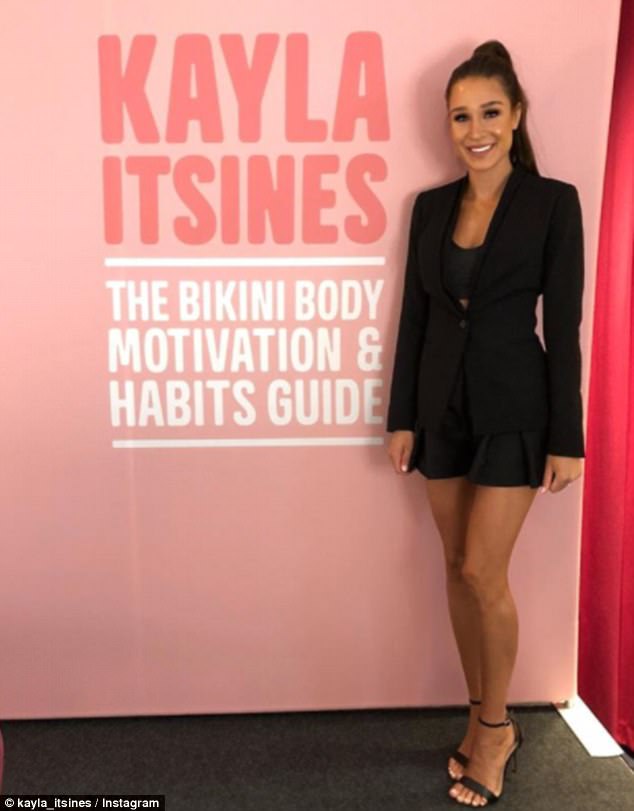 Kayla recommends that one of the best ways to start the New Year off right is to try something new, and recommends signing up for a surf lesson or going on a hike