Aldi power board explodes sparking terrifying blaze and causing $5,000 worth of damage to a man’s home

A man has claimed a power board he bought from Aldi burst into flames, causing him to almost lose his shed.

Kayne Happ, 44, was working in his backyard in Gwynneville, Wollongong, when he saw the inferno spilling out from the shed.

Mr Happ battled the blaze with a hose for 15 minutes wearing just ‘shorts and crocs’ before he managed to put it out.

But the fire had torn through the shed destroying $5,000 worth of damage to Mr Happ’s belongings, including a computer, camera, climbing gear and a printer.

Aldi has denied the fire started from the power board. 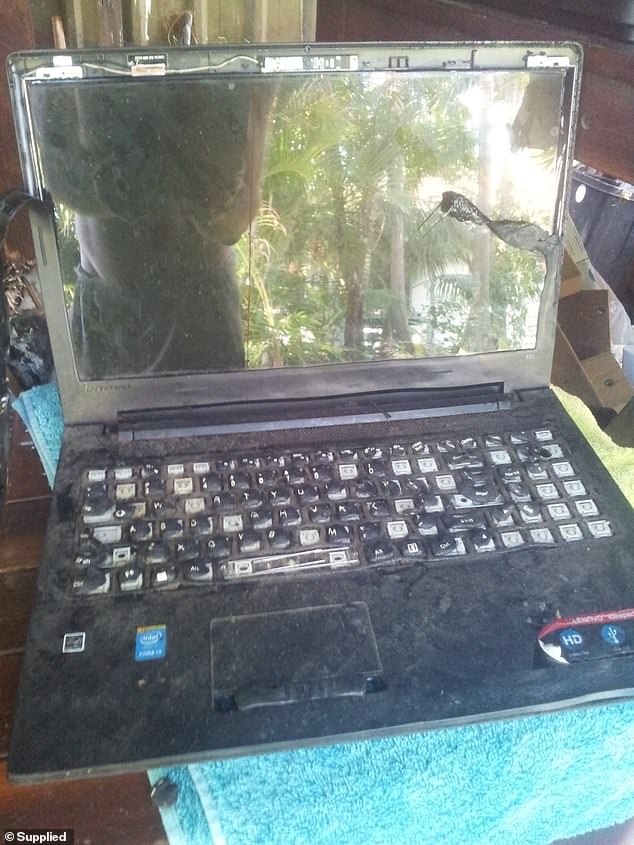 During the fire Mr Happ lost several items including his laptop (pictured), a camera and climbing gear

‘I was in another shed and the radio cut off so I finished what I was doing and I looked up and saw the flames coming out of the other shed,’ Mr Happ told Daily Mail Australia.

‘I quickly grabbed a towel and then the fire was too big so I got the hose.

‘Everything was on fire.

‘I just went into the shed to save everything. It was like the fire was on top of me too.’

Mr Happ said one of his neighbours came out to help extinguish the blaze but several items had already been destroyed. 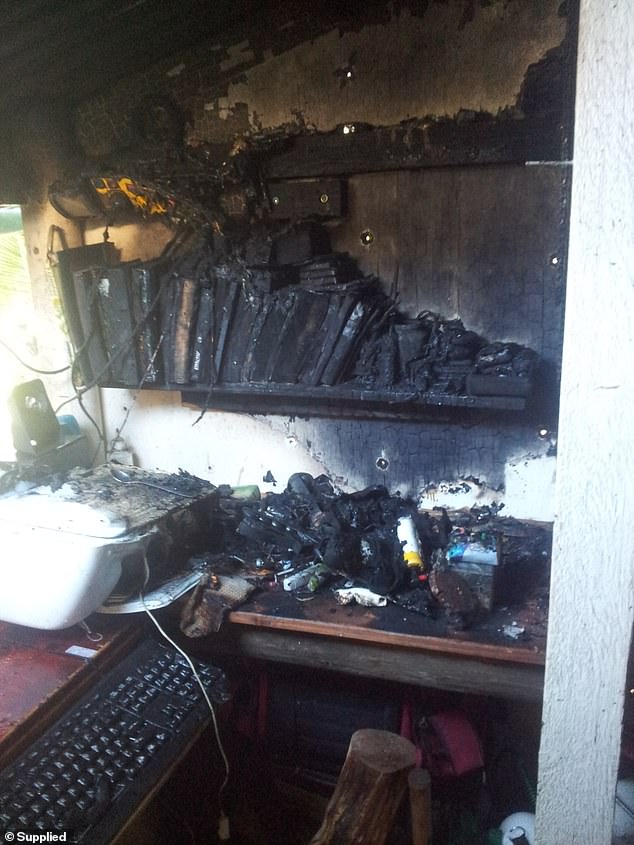 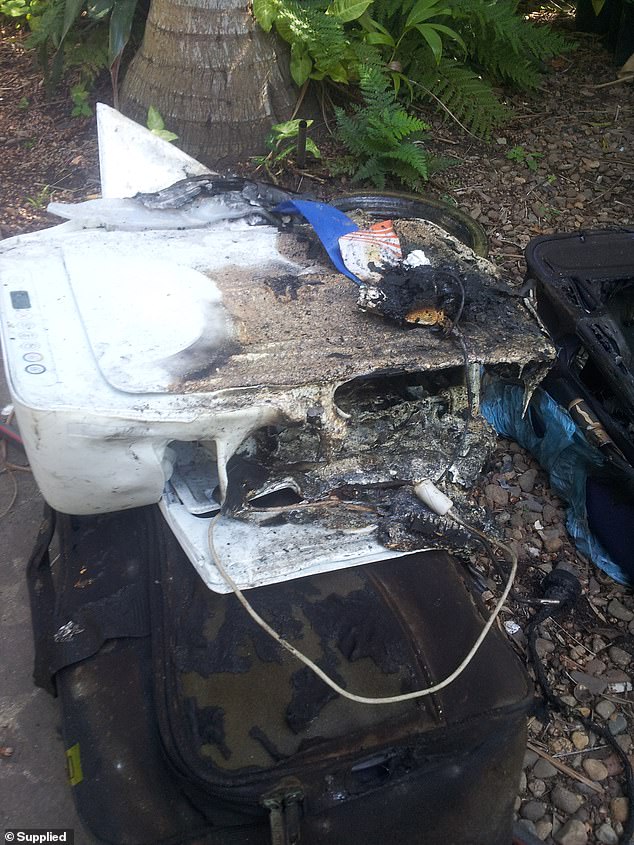 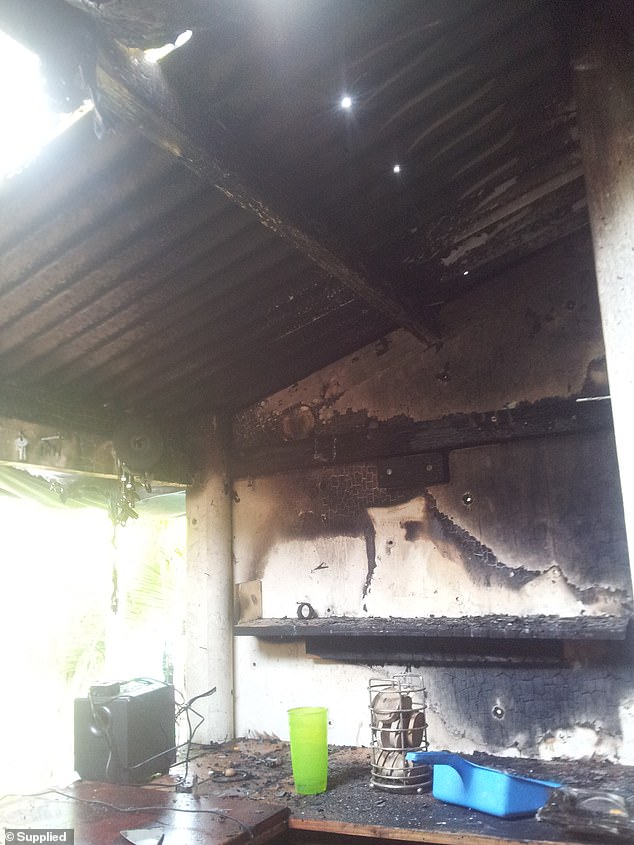 ‘If I called the fire brigade the shed would have been gone and the neighbour’s house too,’ Mr Happ said.

‘I was a bit shook up afterwards. I didn’t go up to the shed for a while. It was depressing I had lost this and that,’ he said.

Mr Happ said Aldi offered him a refund and apologised for the incident that happened in December last year, but said they weren’t liable for the damage as the power board had been used outside. 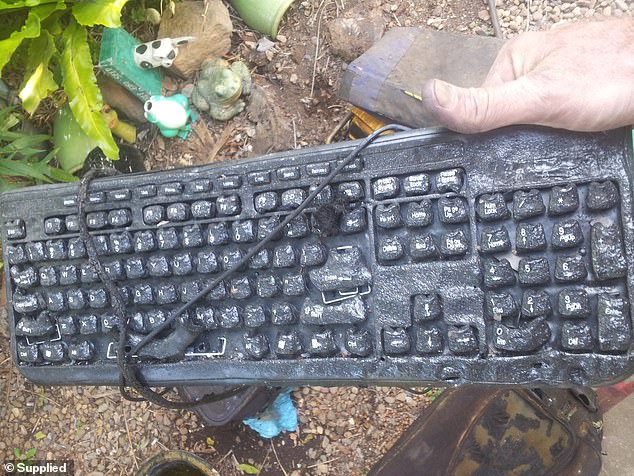 Mr Happ said he was unable to return to the shed after the fire because he had lost so much (pictured: computer keyboard lost in fire)

Mr Happ said he hoped nobody else will be put in the same situation.

‘I hope it doesn’t happen to anybody else. I wouldn’t buy another power board from them.’

A spokesperson for Aldi told Daily Mail Australia they had investigated the incident.

‘ALDI Australia is committed to providing our customers with safe products of the highest quality,’ the spokesperson said.

‘We have completed a thorough investigation of the complaint made by the customer, which confirmed that the fire was not started as a result of the power board bought at ALDI.

‘This is an isolated incident with no other reports to our customer service department regarding a similar issue.’ 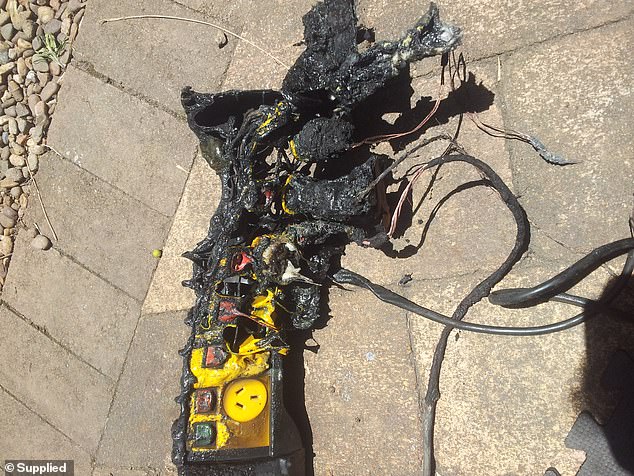 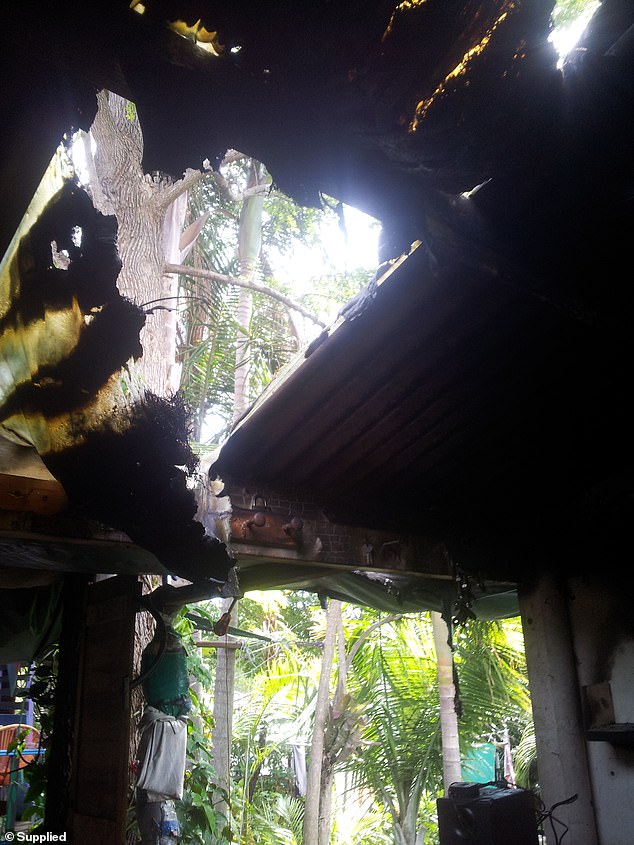 Mr Happ estimated that the fire destroyed around $5,000 of valuables he had inside his shed (pictured)