Kelley Flanagan has responded to accusations made by her ex Peter Weber that she had been ‘calculated’ and pushing ‘for a headline’ following their split.

In a video posted to YouTube, The Bachelor alum, 29, once again shared her side of the story regarding their break-up, and refuted a claim Peter, 29, had made about how a friend of hers had said it would take a ‘grandiose gesture’ on his part to get back in touch with her.

That friend, Kelley says, was actually her astrologer, who Peter contacted for a birth chart reading.

Hitting back: Kelley Flanagan has responded to accusations made by her ex Peter Weber that she had been ‘calculated’ and pushing ‘for a headline’ following their split

Kelley’s video was posted after numerous comments were made by both parties about the split, which started to rub her the wrong way.

Peter recently replied to an appearance Kelley made on the podcast Chicks In The Office, where he branded her many comments about their split as being ‘calculated’ and an attempt at landing in headlines.

This understandably did not sit well with Kelley, who finally posted the YouTube video after various comments started snowballing.

‘Usually I’d let it slide, but when there are things out there that are misconstrued, I am always going to stick up for myself as I think everyone else should,’ Kelley said in the video. 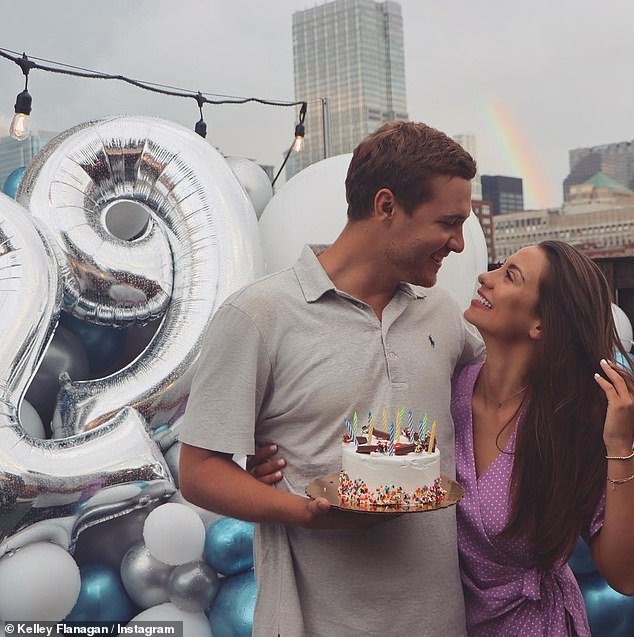 Happier times: Things seemed to be going well for the couple up until their split, based on their many loved-up Instagram photos

‘And this is kind of in reference as to what is being said about me: that I’m calculated, that I want to hit headlines, that I’m disingenuous, and things like that.’

Kelley revealed her decision to give numerous interviews on the topic was motivated by her dislike of the ‘narrative’ being given about their split.

‘The bear was poked. There was a lot of things even going on, being disrespected, going and hanging out with my family friends, posting everywhere. I was just like, I don’t understand. When you end badly with someone, you would think that they would just try to respect you a little bit and just go their way instead of reaching out to my friends.’ 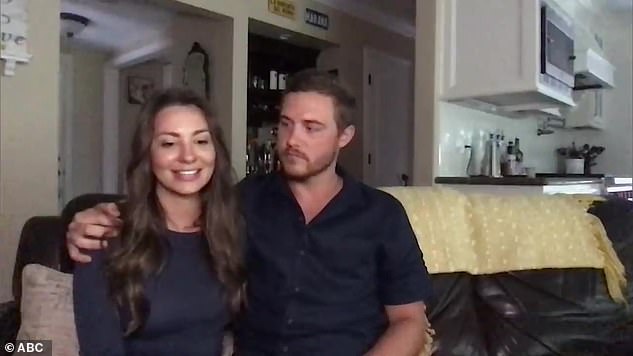 ‘The bear was poked’: Though Kelley did not give exact details, she continually claimed the relationship ended ‘badly’ and questioned Peter’s post-break-up behavior

‘And he asked her for advice in terms of how do I get in contact with her because I know she is not my biggest fan for good reasons. Understood my anger behind it and her advice to him was “Hey, I don’t think she’s your biggest fan and I think it’s going to have to take a big gesture.”‘

‘Again, not my words, that’s my astrologer that he got a birth chart read from and was asking about me during it.’ 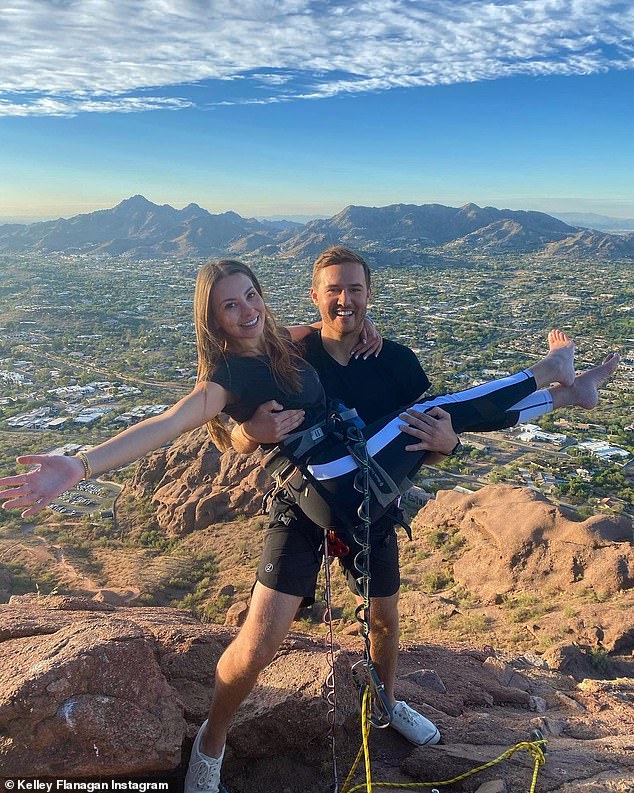 On top of the world! Weber held Peter at the top of a hill during one of their many quarantine adventures

Following her earlier appearance on Chicks In The Office, Peter shared his side of the story on his podcast, Bachelors In The City.

‘I thought it was very calculated,’ the former Bachelor said. ‘I thought, after hearing how it went, that it was very trying to push for a headline. Like I said, very just calculated, very disingenuous.’

Peter and Kelley split in late 2020 after sparking a quarantine romance in March of that year.

Things seemed to be going well for the couple up until that point, based on their many loved-up Instagram photos.

The couple got together in a rather unconventional way following Peter’s season of The Bachelor.

Peter had recently ended an engagement with his final rose choice Hannah Sluss, but ended up rekindling things with Kelley, a contestant he dumped on his season of the show. 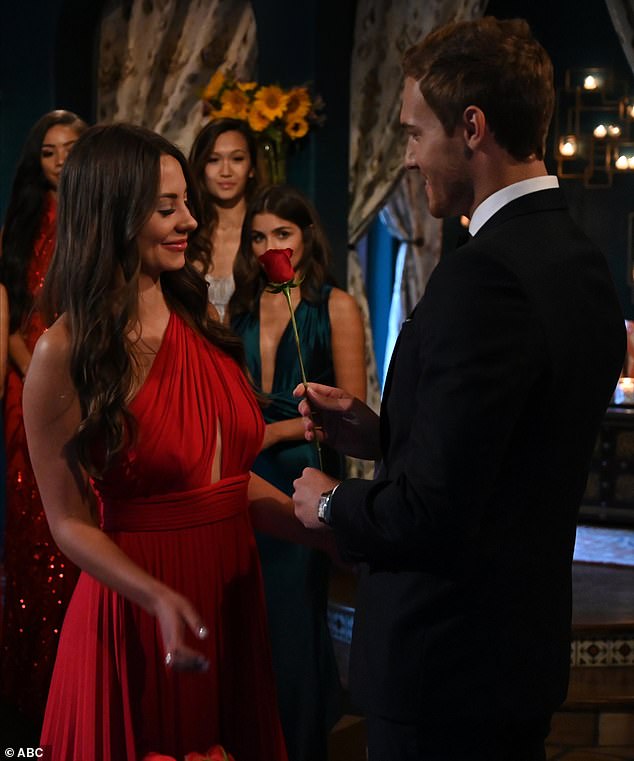 Will you accept this rose? The couple got together in a rather unconventional way following Peter’s season of The Bachelor