Add a touch of fun to breakfast time: You can now buy Froot Loops and Coco Pops flavoured milk to drink on the go

Australia’s iconic breakfast cereals like Coco Pops and Fruit Loops have been transformed into a range of flavoured milk.

Kellogg’s and Pauls have joined forces in a sweet collaboration to unveil the flavoured milk that will sure take nostalgic shoppers back to their childhoods.

For just $3.65 for a pack of three, customers can choose between Coco Pops and Froot Loops flavoured milk to drink on the go.

Available at Woolworths supermarket stores, the milk contains high calcium, source of fibre and no artificial colours or flavours. 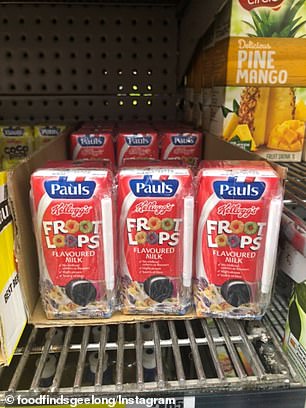 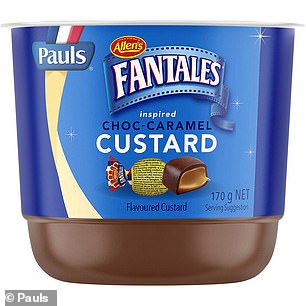 Froot Loops are fruit-flavoured cereal made with distinctive rings of corn, wheat and oats while Coco Pops are grains of puffed rice and real cocoa.

The product was quietly released at Woolworths for $2.50 per 170g tub.

The custard has an extra creamy, smooth texture and closely replicates the taste of Allen’s Fantales. 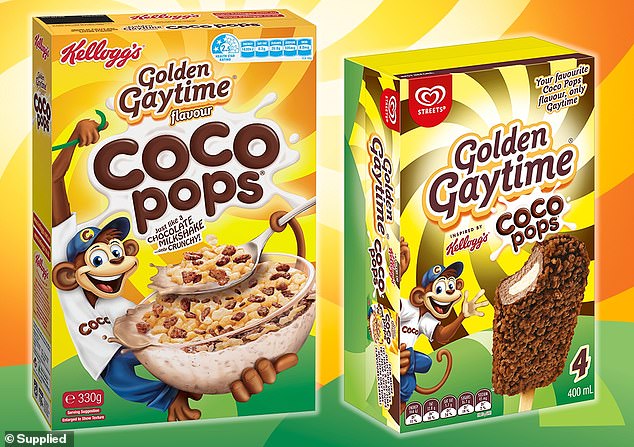 Earlier this year, Coco Pops and Golden Gaytime combined the classic flavours of the two brands to create a mouth-watering breakfast cereal and ice cream.

While the breakfast cereal made with grains of puffed rice with cocoa consists of a Golden Gaytime flavour.