Destiny’s Child took everyone by surprise when they reunited during Beyonce’s headline performance at California’s Coachella festival in April.

Fans all over the world went wild for the performance, which was streamed globally online.

But talented songstress and The Voice Australia judge Kelly Rowland remained tight-lipped on whether she, Beyonce and Michelle Williams would get back together on a more permanent basis during an interview on the Today show on Tuesday.

‘I mean, if the situation arises… You saw how much fun we had on stage together, but it’s not something we’ve talked about,’ she explained.

‘Michelle’s getting ready for her wedding, Bey and Jay are on tour and I’m gearing up for a record. I’m excited for us because we’re all doing different things, but extremely close. [We have] no plans, but never say never.’ 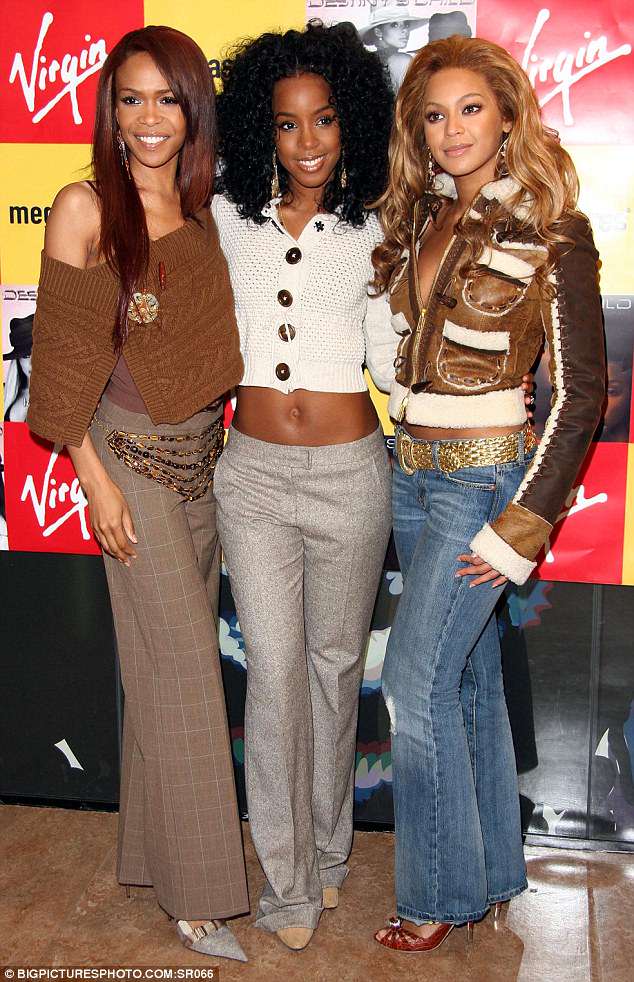 The mother-of-one kept everyone guessing by adding that she ‘misses’ her bandmates and thought the global praise for their performance was ‘awesome.’

The prospect of a reunion would certainly thrill fans, who flocked to watch Kelly and Michelle, both 37, perform with Beyonce, 36 at Coachella. The trio stormed the stage and delivered a selection of their iconic hits.

Prior to their Coachella set, the last time the ladies sang together was at the 2013 Super Bowl. The band went on hiatus in 2003 to pursue solo singing careers, before finally disbanding three years later. 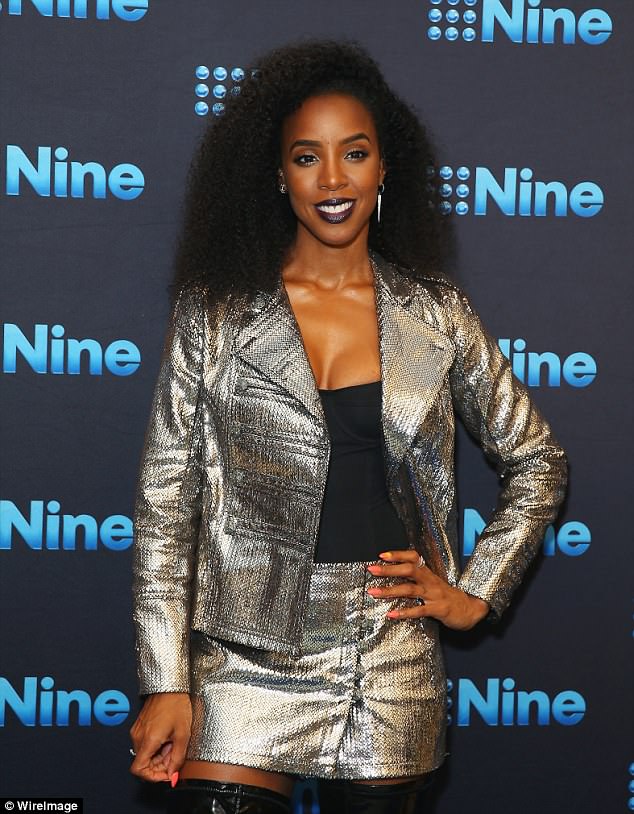 Shining star! Kelly is currently a judge on this year’s The Voice Australia, while also working on a new solo album

Beyonce’s upcoming tour with husband Jay Z, along with Kelly’s flourishing career and Michelle’s wedding could put a spanned in the works.

Kelly’s own schedule is also jam-packed, as the singer returned to her seat as a judge on The Voice earlier this year.

During her Today show interview, Kelly explained that she jetted between Australia and the US as she juggled filming the hit singing show and preparing her performance on the Coachella stage. 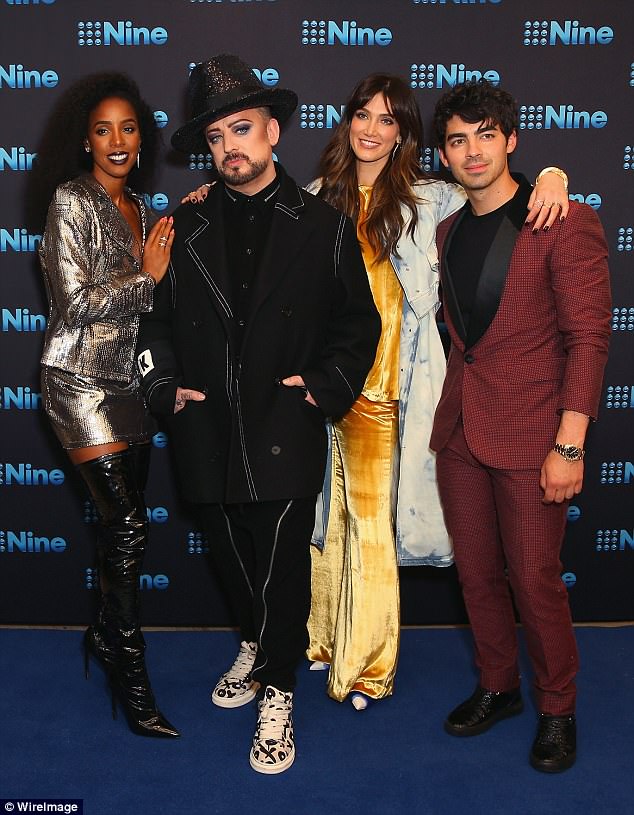 Healthy competition: Kelly Rowland, Boy George, Delta Goodrem and Joe Jonas will see their acts battle it out on The Voice

‘Everything was changing all the time, so I was remembering places for movements and vocals,’ she said.

Kelly’s final chosen acts on The Voice, Sam Perry, 28, Bella Paige, 16, and 24-year-old Brock Ashby will face nine other contestants and four wildcards in the battle for the top spot.