Kellyanne Conway, current Counselor to President Donald Trump, has revealed what she told her daughters about voting for Trump, as opposed to Hillary Clinton, in the 2016 presidential election.

As part of a TIME feature called Firsts: Women Who Are Changing the World, Conway told the magazine: ‘In explaining how I feel about one thing that Donald Trump said or did to my daughters, I would be remiss in not revealing the full conversation, which is also why mommy, who’s a woman, did not support the first female presidential candidate of a major party.

‘I would tell them that I respect very much that Secretary Clinton was running for president, and it showed that in this country, anybody can do anything if they set their mind to it.

‘At the same time, I tried to explain to them that you could be excited for someone with whom you disagree and share in that moment in history as a proud American.’

Kellyanne Conway, 50, revealed to TIME what she told her daughters about supporting Donald Trump, rather than Hillary Clinton, in the 2016 presidential election

The New Jersey native has three daughters: Claudia, Charlotte and Vanessa. She also has a son, who she told TIME has taken a keen interest in her polling career.

Conway, as a woman, has received some flak for her support of Trump, who has made derogatory comments about women.

Notably, in a 2005 Access Hollywood interview that was published by the Washington Post in October 2016, he told television host Billy Bush: ‘When you’re a star, they let you do it, you can do anything … grab them by the p****.’

Conway told Fox News this July that Trump is a ‘great boss for women’. She has previously elaborated on how she believes in deference to a superior. She does not, for example, refer to Trump as ‘Donald’.

Conway also quoted Margaret Thatcher in considering her successful career in Washington during the TIME interview.

She said: ‘My comfort level came in learning how to think like a man and to behave like a lady, and I hearken back to Margaret Thatcher where she said, “Being powerful is like being a lady. If you have to say you are, you probably are not.”‘ 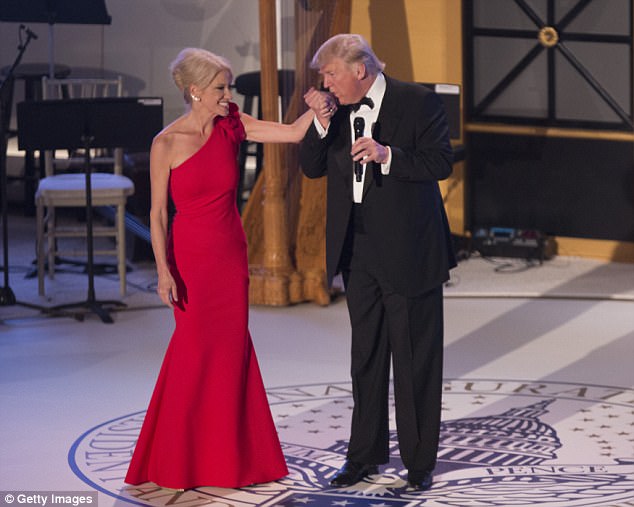 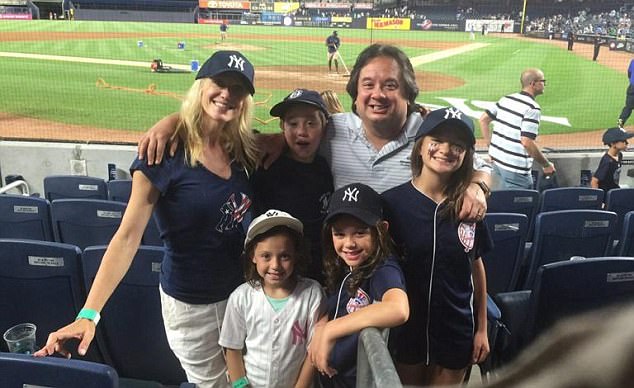 Conway, pictured with her family at a Yankees game, told TIME: ‘I respect very much that Secretary Clinton was running for president, and it showed that in this country, anybody can do anything if they set their mind to it…I tried to explain to them that you could be excited for someone with whom you disagree and share in that moment in history as a proud American’

Regarding Hillary Clinton, Conway previously told Glamour: ‘I relish the idea of a female president in my lifetime. True feminism means you’re strong and independent enough to stand on your own.’

She added: ‘I’m like many American women in that we say Hillary Clinton shares our agenda but not necessarily our life experience, our vision, or our values.’

Conway was profiled in the TIME series as ‘The Adviser’, and is listed as the first woman to have run a successful political campaign.

Other women profiled in the series include Hillary Clinton, ‘The Nominee’; Oprah Winfrey, ‘The Titan’; and Selena Gomez, ‘The Tastemaker’. 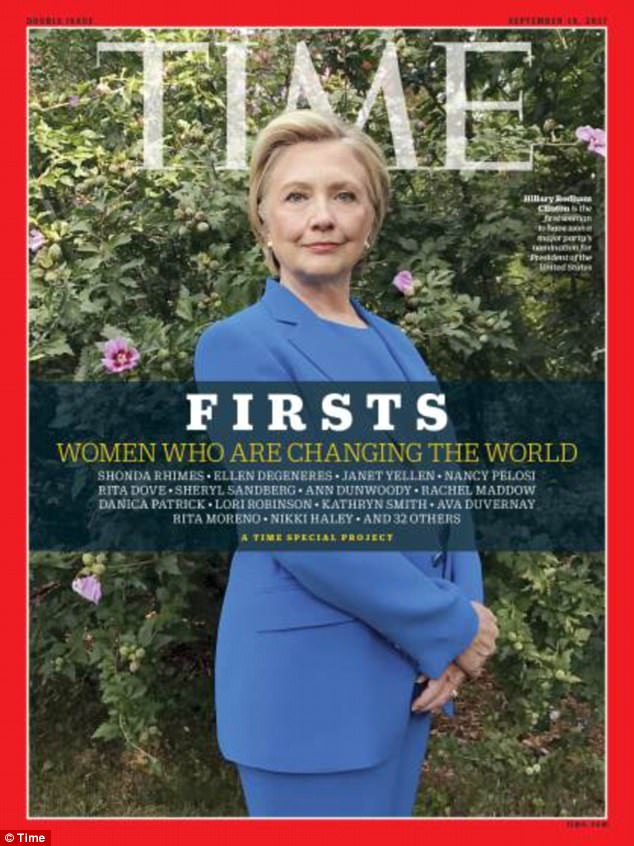 The TIME series ‘Firsts: Women Who Are Changing The World’ profiles dozens of women who have been pioneers in their respective fields, including Hillary Clinton, Oprah Winfrey and Selena Gomez