Applicants for secretarial posts tend to be women, but here’s a job that may attract chaps.

Prince Harry and the Duke and Duchess of Cambridge need a new flunky to cope with all the extra fan mail when Meghan Markle joins The Firm.

An ad on the royal website, Kensington Palace, says the successful applicant will ‘provide administrative support to ensure the efficient running of the office’.

A knowledge of Meghan’s former legal drama, Suits, would be a bonus, no doubt.

Sherlock star Benedict Cumberbatch upset fans when he said the most recent series could be his last.

Now his co-star Martin Freeman — aka Dr Watson — admits that he, too, wants to give the BBC drama a rest.

‘Speaking for myself, I’d quite like to take a break from that for a while. Just that sort of… clamour,’ he says. ‘Which is lovely, because people like your show, but it can feel quite pressured.

‘It’s a hard one, because there is so much expectation on that show, more than anything I’ve ever done. I’m happy to give it a rest for a while certainly.’ 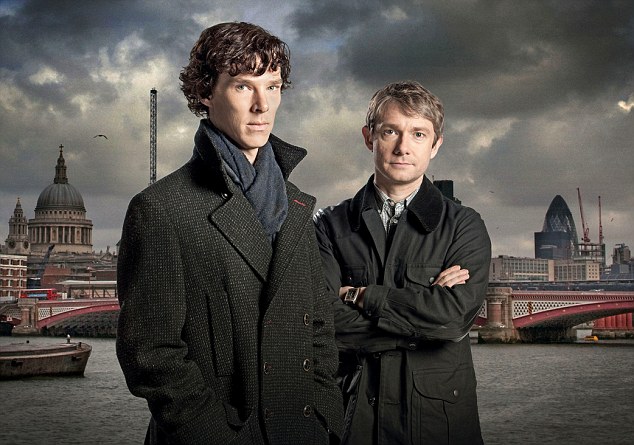 Martin Freeman has confessed that like his co-star Benedict Cumberbatch, he would also like a break from BBC’s Sherlock, in which he plays Dr John Watson