Chasey Crawford-Usher has banned children at her primary school in Kent from bringing in sweets on their birthdays. She has also banned crisps and fruit juice

A headteacher has banned children from bringing sweets in on their birthday but insists she is ‘not the fun police’.

The American-born teacher says she imposed the ban after being shocked by how much sugar British children were consuming.

The self-confessed health fanatic insists the move is in the best interests of pupils.

She said: ‘First of all, I’m not the headteacher of all evil and saying no.

‘I’ve banned birthday sweets because they were becoming a huge problem in the school and meant the children were consuming processed sugar almost every day.’

Mrs Crawford-Usher, from New England, America, admits she wasn’t allowed sweets growing up and claims her mother was a ‘wholefoods mum before it was trendy.’

She added: ‘The most important reason for banning the practice was my growing awareness of the amount of sugar being consumed and the number of children in our school that were undergoing tooth extraction and also just had really serious tooth decay.

‘My view is that things have changed today and the amount of sugar children consume is out of all proportion to what they should be eating – and therefore the tradition is no longer acceptable.’

Ms Crawford-Usher said the practice is unfair to mums and dads who do not want their children tucking into unhealthy snacks which ‘sets up conflict at every level.’ 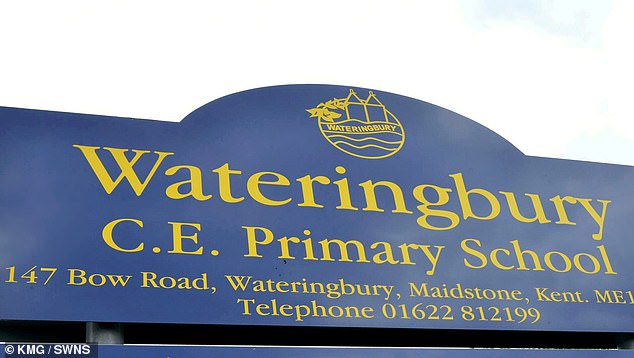 She said: ‘A few parents came to me and explained the amount of pressure they were under to comply with this tradition even though they disagreed with it.

The playground was often covered in litter from children leaving school and dropping their sweet wrappers on this floor.

When the birthday tradition was first banned, Ms Crawford-Usher faced a backlash from parents who thought they were being ‘cruel and unsympathetic’ to children.

But the headteacher said she has since seen a real difference at the school where the playground is now litter free.

She said: ‘Immediately a number of parents thought I was being cruel and unsympathetic and I tried to explain that I had to make a policy that was going to put everybody on an equal playing field.

‘The children quickly accept rules that have a strong reason for them.

‘I’m all for children questioning rules and discussing them because they’ve got a point of view, and if I can explain a clear reason they accept it.

‘It’s really important that parents understand that we’ve got the children’s well being at heart – it’s not because I don’t like sweets.’

But parents reacted angrily to the rule.

One Kent mother said: ‘She’s the most miserable headteacher in Britain.’

Ms Crawford-Usher noted that children are provided with healthy and wholesome school dinners such as spaghetti bolognese, shepherd’s pie and roast dinners – all made with fresh ingredients.

The strict head also said desserts were on the table but they too were natural and unprocessed. 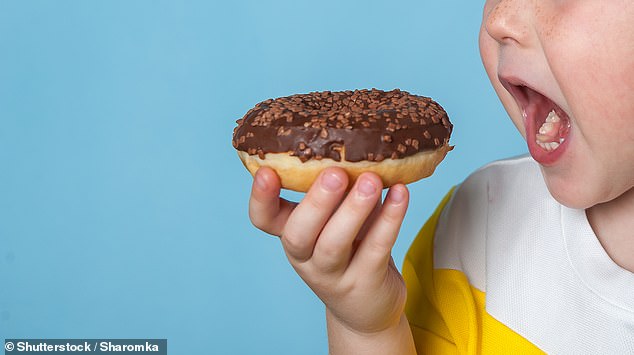 She said: ‘Children can eat and drink whatever they want when they get home, I just want to provide them with healthier choices at school.

‘The dental problems among schoolchildren now are awful and I want to do what I can to prevent it.

‘It’s a terribly traumatic ordeal for a child to have their tooth extracted and it’s something I want to avoid.’

Public Health England estimated that youngsters were eating around eight more cubes of sugar per day than the recommended guidelines.

He said: ‘Again, common sense needs to be used here. Really what is happening to society to ban kids from having sweets on their birthday.

‘Ban them every other day if you like, but let a child be a child on their birthday though.’

The head hit back and said the Olympian had perhaps missed the point.

She said: ‘Yes, I think pupils should be able to eat sweets on their birthday but if each and every child brings them in to celebrate, the children would be eating them nearly every day.

‘Also it puts an unfair pressure on parents to bring in sweets when perhaps they don’t agree with them.’

Wateringbury CE Primary School is based near Maidstone, Kent.

Its mission statement reads: ‘Our vision…to be an excellent primary school at the heart of the community where we inspire, excite and enable children to achieve.’

It was rated ‘good’ in a 2017 Ofsted report and Mrs Crawford-Usher said the obesity levels among pupils falls slightly below the national average.

She has been headteacher of the school for eight years.