A Kent secondary school which boasts of its ‘traditional ethos’ has launched an investigation into ‘hacking’ after a hardcore pornographic video was posted on its social media account.

The official Twitter account of Malling School, a co-educational school with around 1,000 11-18-year-old pupils in a village near Maidstone, retweeted the x-rated video on Wednesday afternoon.

The three-second clip shows a young woman engaging in a sex act with a man who is wearing a huge Easter Bunny costume. 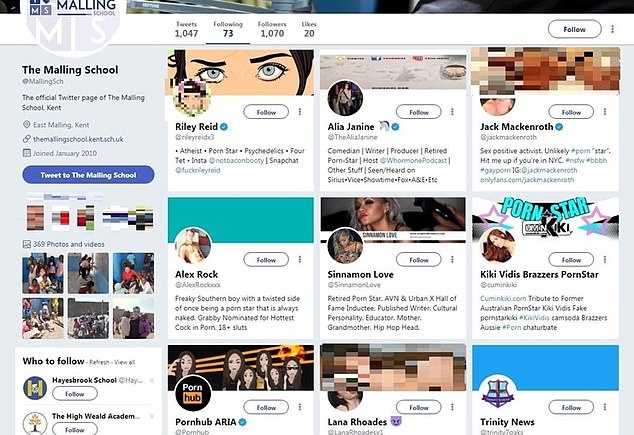 The video had been viewed almost a million times, and Reid’s original post Liked 19,000 times, before the school hit ‘retweet’ and shared it with its 1,070 followers. 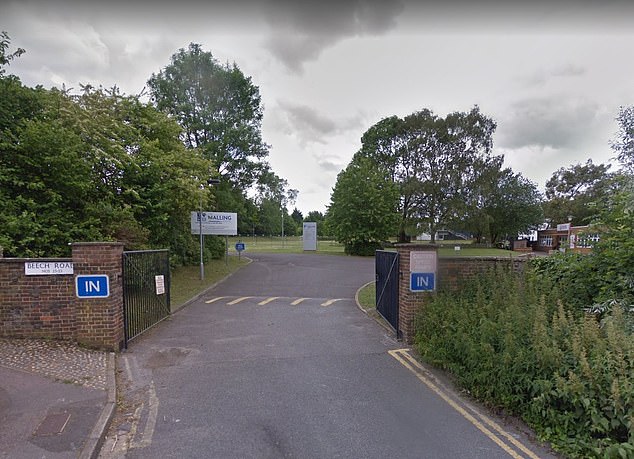 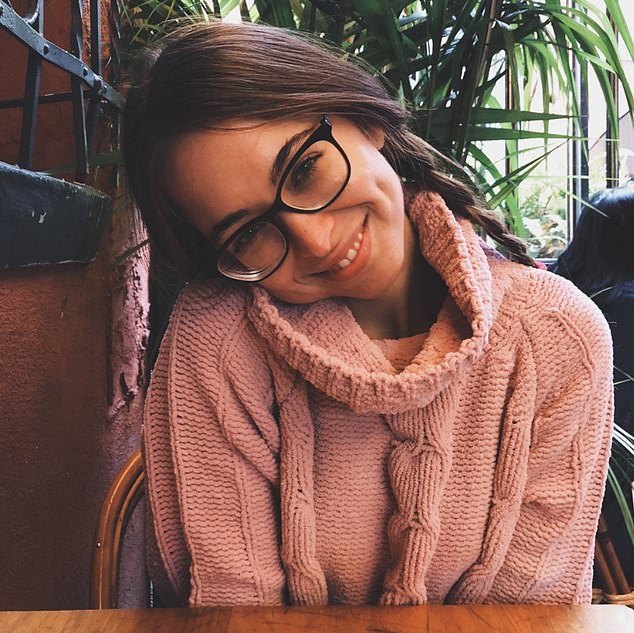 KentOnline reported that one follower, a 19-year-old man whose brother attends the school, said: ‘I’m shocked. It’s not what you’d expect of a school’s Twitter feed.

‘It makes you think about how it got there.’

Malling School was rated Good by Ofsted in its latest inspection and boasts online: ‘We provide an excellent all-round education in a friendly and supportive environment.’

It adds: ‘Parents tell us they like our traditional ethos, small school and high expectations.’

Headteacher Mr John Vennart said: ‘The Malling School appears to have been a victim of a hacking incident on our twitter site.

‘We removed the malicious post as soon as we became aware of it, and are conducting an investigation.’