Kentucky teacher, 27, accused of raping teen student and sexting another

Female Kentucky teacher, 27, is charged with rape and sodomy ‘for having sex with student, 17, and sending explicit videos to another’

A high school teacher from Kentucky has been charged with rape and sodomy for allegedly having sex with a 17-year-old student and sending inappropriate messages to another teenager.

Detectives first learned of Verkamp’s alleged relationship with a student in May 2019 when officials at Walton Verona High School, where she was employed at the time, reported that the teacher was sending sexually explicit videos and text messages to one of their 18-year-old students.

Former teacher Mollie Verkamp, 27, has been charged with rape and sodomy for allegedly having sex with a 17-year-old student and sending X-rated videos to an 18-year-old student

When interviewed by law enforcement officials, Verkamp reportedly admitted to sending the same kind of sexually explicit messages to a 17-year-old student at Grant County High School, where she had previously taught for two years.

The teacher allegedly acknowledged that she knew the age of the student, and that being a teacher at the same school made her a person in a position of authority.

‘Despite that, her relationship with the 17 year old evolved from sending and receiving messages to having sex with him at her home in Boone County,’ according to a press release from the sheriff’s office.

She was booked into the county jail and released the same day after posting $10,000 bond. 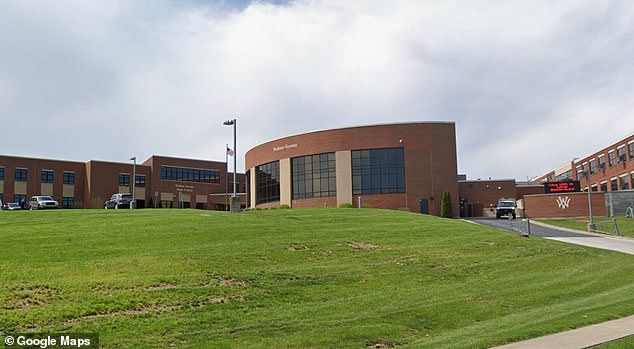 She was no longer a school district employee during the 2019-2020 academic year. Instead, she earned a living working as a yoga instructor, according to divorce records obtained by the Cincinnati Enquirer.

In a letter to parents sent last week, Walton-Verona Independent Schools Superintendent Matt Baker said officials contacted the authorities as soon as they learned of the allegations concerning Verkamp.