Marchesa co-founder Keren Craig has announced that she is leaving the brand she co-founded with Georgina Chapman after 16 years.

The 43-year-old announced on Tuesday that she is departing the luxury fashion label that she launched with Chapman, 43, back in 2004.

Her decision to leave comes nearly two years after dual exposés were published about Chapman’s now-ex-husband Harvey Weinstein, who has faced numerous accusations of sexual assault, rape, and other illegal and threatening behavior.

She’s out: Keren Craig (left) announced that she is leaving Marchesa, the brand she started with Georgina Chapman (right) in 2014 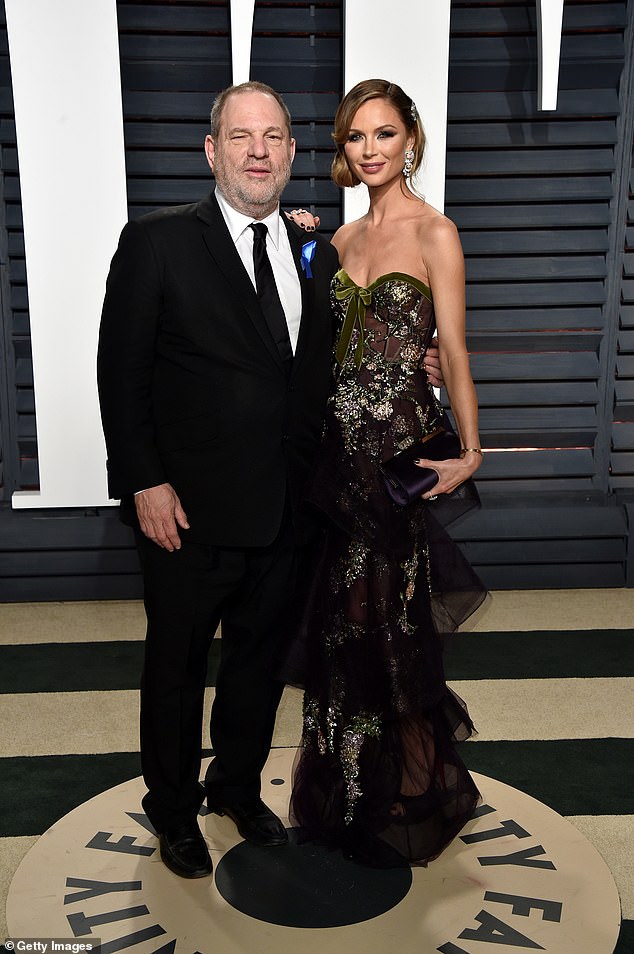 Craig said in a statement that leaving the brand has been a tough choice to make, and she is proud of everything Marchesa grew to be.

‘While I have made the difficult decision to part ways with Marchesa, I have tremendous pride in the company, the team, and the many successes achieved,’ she said.

‘Marchesa will always be the realization of a dream. Over the last 16 years, it has been the most incredible and fulfilling professional journey.

‘I am excited to now begin exploring additional creative opportunities and to push my potential as a designer in new directions.’

The announcement won’t come as a surprise to some in the fashion industry, given that Marchesa has had a tough time since October of 2017. 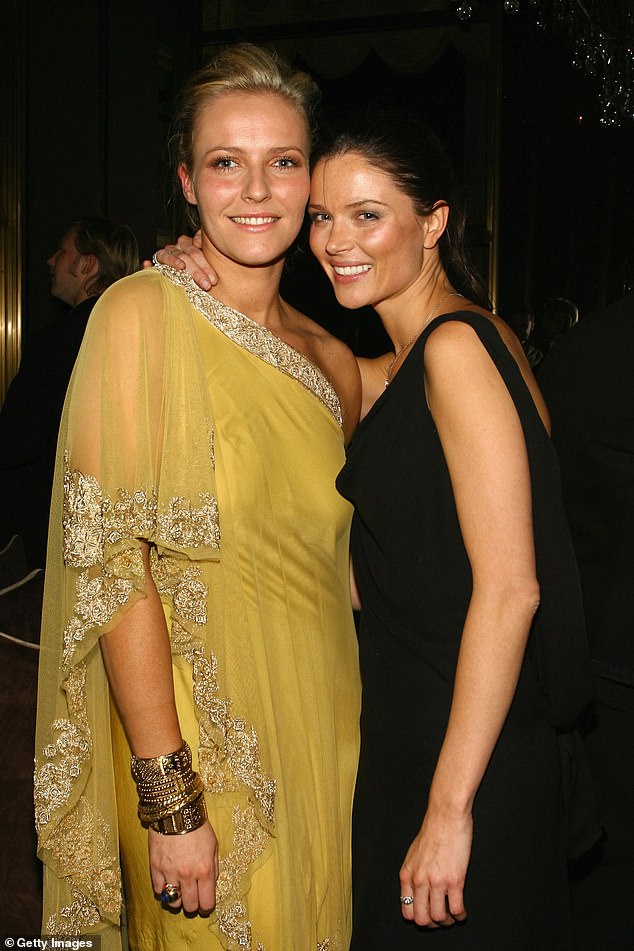 End of an era: Craig and Chapman (pictured in 2006) are long time friends and collaborators 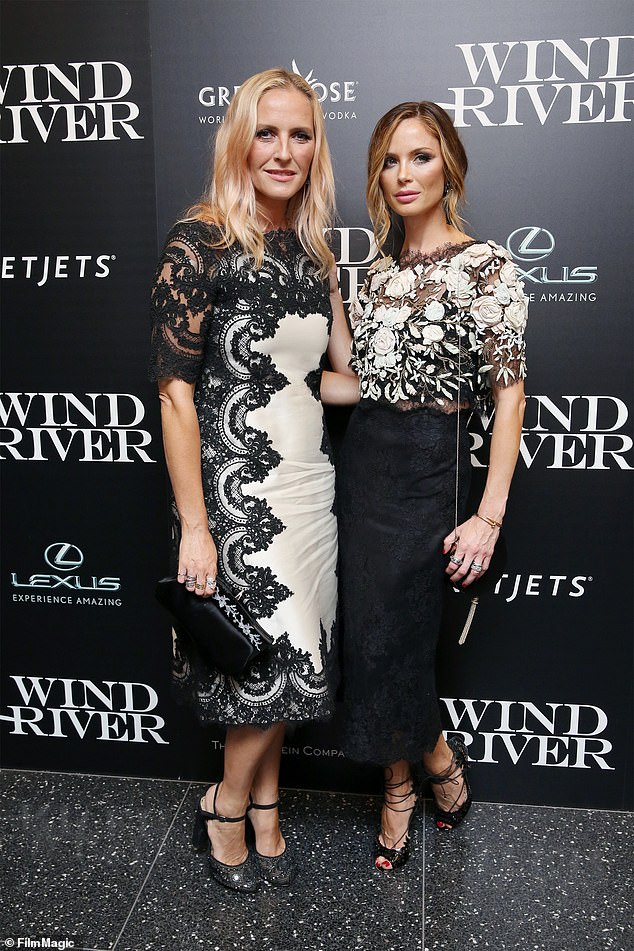 Craig said: ‘Marchesa will always be the realization of a dream. Over the last 16 years, it has been the most incredible and fulfilling professional journey’

That month, both the New York Times and the New Yorker published investigative piece about Weinstein’s behavior, including several accounts from alleged victims who claimed that Weinstein threatened, assaulted, and even raped them.

In the aftermath, Chapman — who eventually divorced Weinstein — retreated from the public eye.

‘My heart breaks for all the women who have suffered tremendous pain because of these unforgivable actions. I have chosen to leave my husband. Caring for my young children is my first priority and I ask the media for privacy at this time,’ she said in a statement to People at the time.

In January of 2018, the New York Post revealed that Chapman was cancelling the upcoming Fall 2018 show at New York Fashion Week, with a source telling the paper ‘Georgina couldn’t go through with it. She was too scared.

‘They were gung-ho… but as they got closer, she choked,’ the source added. 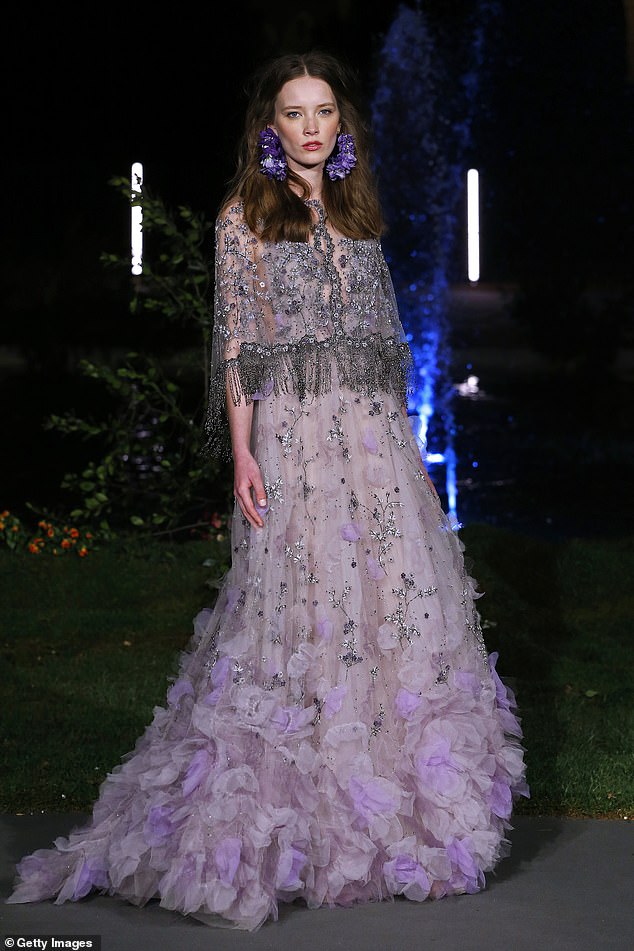 Exclusive: The brand has struggled since the Weinstein scandal broke, with Marchesa ditching runway shows for private presentations (pictured April 2019) 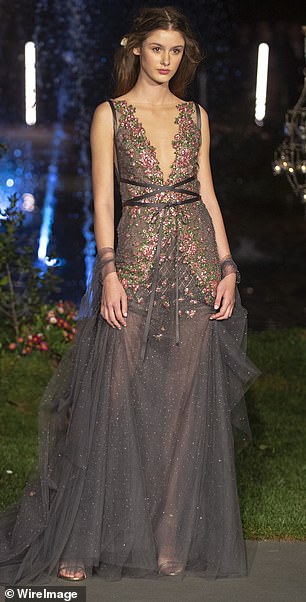 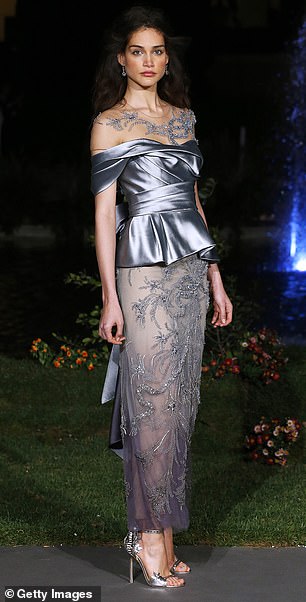 Changes: The brand used to hold runway shows with stars sitting in the front row 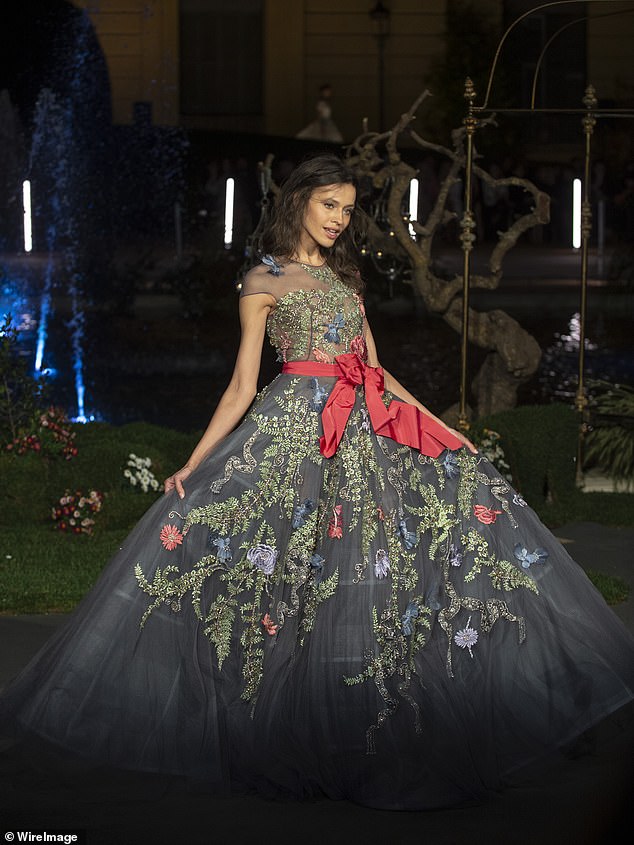 Friends: Still, Craig publicly stuck by Chapman, who divorced Weinstein in the months after the scandals broke

Instead, a lookbook of the new collection was distributed to fashion publications and shared on Instagram. There was a private presentation at a New York City hotel for select members of the media.

Since then, the brand has continued to opt for smaller, exclusive presentations instead of showy runway affairs.

But for a while, the designer duo seemed keen to power through, with Craig publicly sticking by Chapman.

‘Everything that you see here today Georgina sketched while she was out of the office and going through a very, very tough time,’ she told Grazia at a presentation in February of 2018.

‘George was just sending sketches through. It was unbelievable. This collection is the result of that time. I feel emotional about it because I actually couldn’t believe how incredibly strong she was. 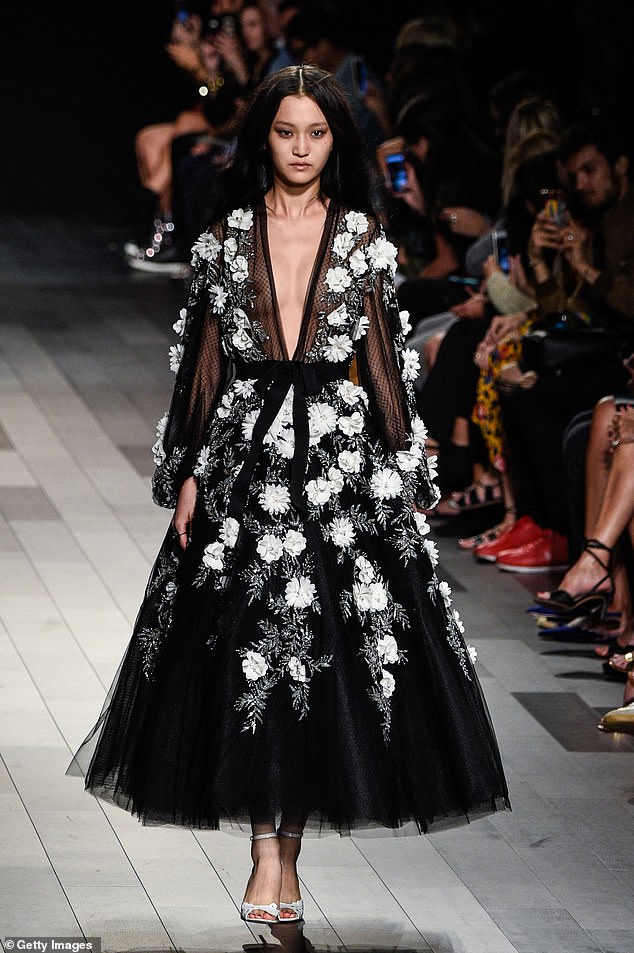 Flashback: Their last runway show (pictured) was held in September 2017

‘Georgina doesn’t see herself as a victim,’ she added. That’s very important. She’s just trying to get on with her life. You’ve got to realize George is such a strong woman. Don’t get me wrong, it’s a very hard time, but she’s quite inspirational.’

Despite that upbeat attitude, Marchesa certainly felt the effects of Weinstein’s misdeeds.

Celebrities, who had frequently worn the brand to red carpet events, avoided it like the plague in the immediate aftermath. 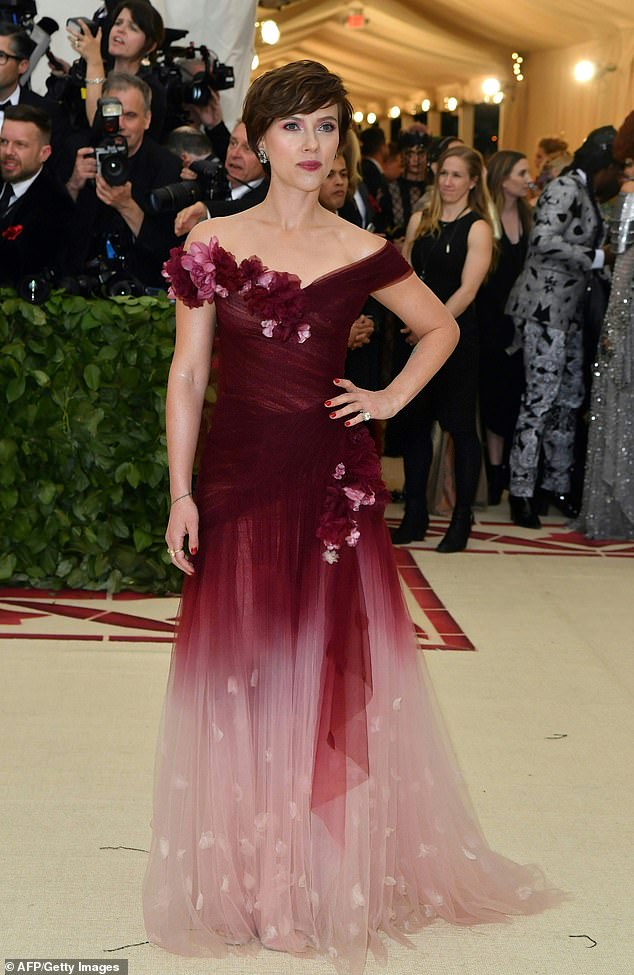 Back on the carpet: Though stars avoided wearing the brand for some time, Scarlett Johansson turned up to the 2018 Met Gala in a Marchesa creation 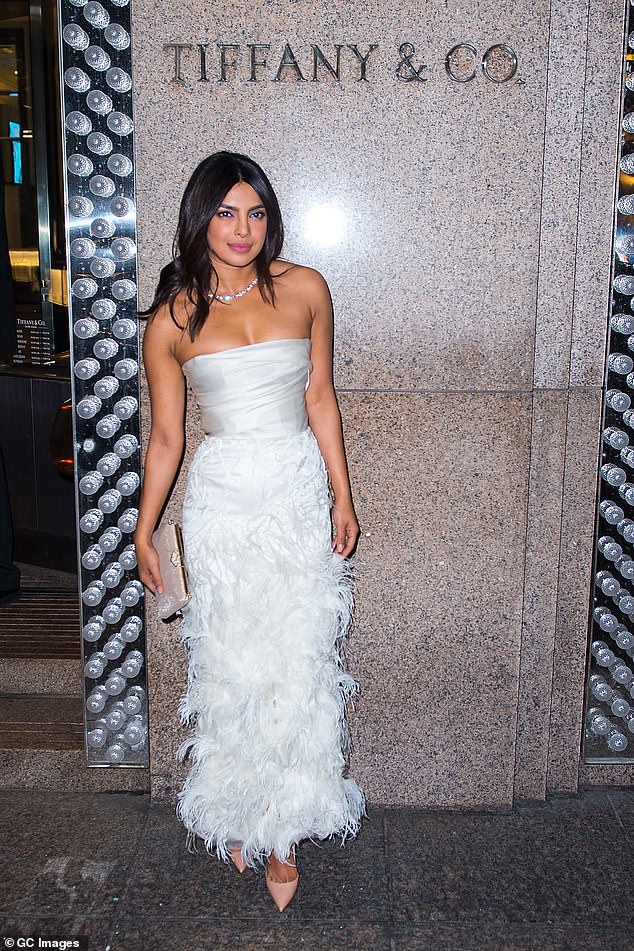 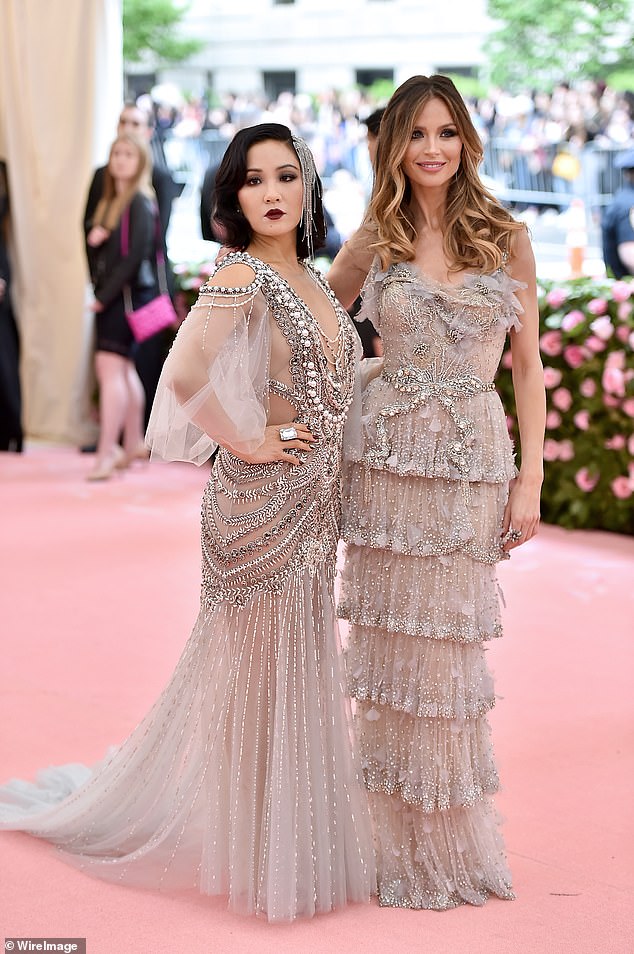 Not hiding: Chapman returned to the red carpet at this year’s Met Gala, dressing Constance Wu

Some were likely especially wary of supporting the brand, given charges that Weinstein had pressured actresses to wear Marchesa,

With time, though, a few stars returned, with Scarlett Johansson breaking the dry spell by wearing the brand to the Met Gala in 2018.

‘I wore Marchesa because their clothes make women feel confident and beautiful and it is my pleasure to support a brand created by two incredibly talented and important female designers,’ ScarJo told people at the time.

Other stars soon followed, including Priyanka Chopra, who told WWD: ‘Georgina’s a friend of mine, and she has been. And it’s not her fault. And I don’t think it’s right to take it out on a self-made woman what somebody in her life did. 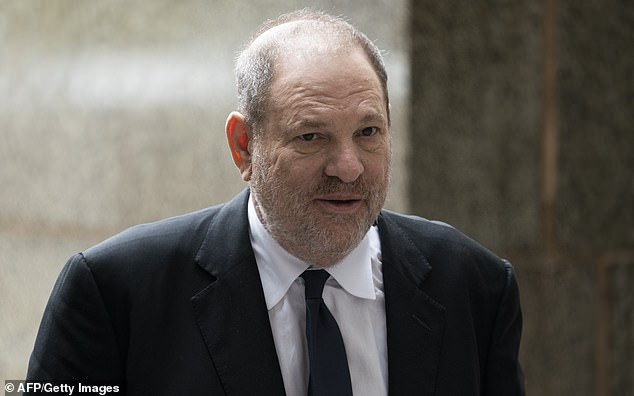 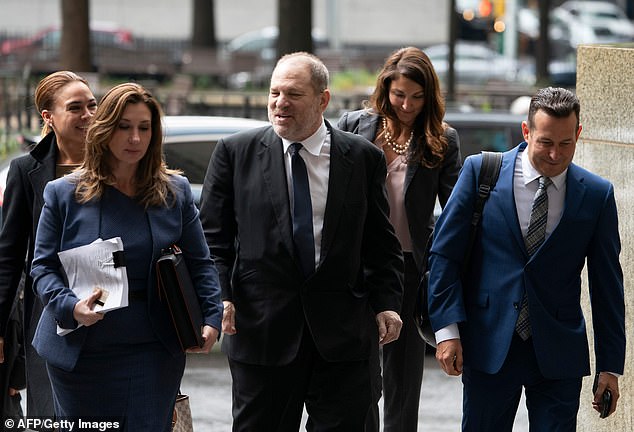 Boy bye: The disgraced mogul is seen on April 26 at the State Supreme Court in New York

‘That’s the wrong attitude. I’ve known her for years, and that was a beautiful gown, and deserved to be worn by a bride-to-be. And it made me feel like a princess. It was the right choice.”

The latest in the Harvey Weinstein trial

David claims that she was raped by Weinstein after he promised her a role in the TV series ‘Marco Polo’ and lured her to his Beverly Hills hotel room.

She allegedly met Weinstein at a 2011 party, and he offered to assist her acting career — even inviting her to awards show parties for several years afterward.

The latest Weinstein filing in the lawsuit asks a judge to reject her sex trafficking claims, which followed similar claims made by women that other judges have approved.

Weinstein is appealing all of those rulings, with his lawyers urging the judges to stop ‘the further improper expansion of the laws against human trafficking.’

Chapman herself even returned to the Met Gala this year, walking the red carpet alongside Constance Wu, whom she dressed.

But regardless of the recent upswing, the damage may have already been done.

Immediately following the publication of the New York Times story, Helzberg Diamonds announced that it was cancelling a collaboration with Marchesa that was due to hit stores later in the month.

Days later, the New York Post reported that Marchesa employees were trying to get out.

‘Everyone is trying to leave,’ a source said.

‘Georgina and Keren are keeping mum and carrying on. But they’re as nervous as their staff [is],’ added another source.

A third source even said that it wasn’t the first time that Weinstein had caused a problem between the two women, but that Craig was the brand’s ‘creative. Without Keren, Marchesa wouldn’t last two minutes.’