A top doctor who suffered adverse reactions to the Covid jab has claimed many of her colleagues who saw similar side-effects felt they could not speak out for fear of being labelled anti-vaxxers.

Dr Kerryn Phelps, the one-time president of the Australian Medical Association, said in a submission to a Senate inquiry on the Long Covid phenomenon that medical profession regulators had censored any public comments raising questions about the safety of Covid jabs.

Dr Phelps said both she and her wife Jackie Stricker-Phelps became severely ill after getting a Pfizer vaccine.

Ms Stricker-Phelps suffered numbness in her hands and feet ‘within minutes’ of receiving her jab, and was in so much pain she felt like her head was going to ‘explode’.

Dr Phelps, also a former federal MP, suffered irregular blood pressure and fevers after the jab, and both she and her wife experienced other adverse reactions for months afterward.

Dr Kerryn Phelps, the one-time president of the Australian Medical Association, revealed in a submission to a Senate inquiry on Long Covid, that both she and her wife, Jackie Stricker-Phelps, became severely ill after getting a Pfizer vaccine

The medic said she had spoken to a number of healthcare professionals and patients who also had experienced ‘vaccine adverse events’.

‘Quite a number of doctors I’ve spoken to have felt impeded about speaking out about their concerns about vaccine adverse events,’ she told The Today Show on Wednesday morning.

‘Because of the statement made by the Australian Health Practitioner Regulation Agency (AHPRA) that doctors shouldn’t say anything that was going to impede the government’s vaccine rollout, and they took that to mean not to publicly raise their concerns.’

In March, 2021, doctors were advised by AHPRA and national medical boards to not ‘undermine’ the national vaccine rollout. 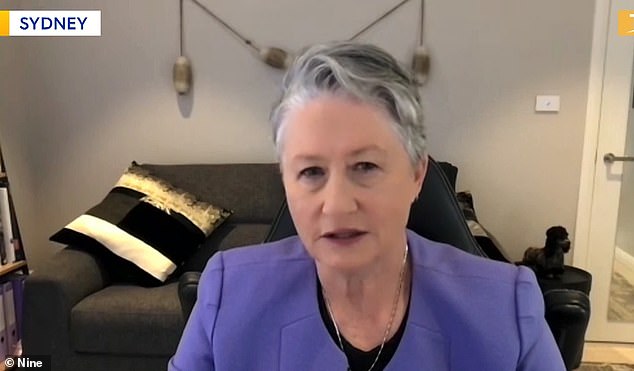 Ms Phelps, a former Federal MP, suffered irregular blood pressure and fevers as a result of a Pfizer jab, with both she and her wife experiencing the adverse reactions for months after

‘Any promotion of anti-vaccination statements or health advice which contradicts the best available scientific evidence or seeks to actively undermine the national immunisation campaign …. may be in breach of the codes of conduct and subject to investigation and possible regulatory action,’ the joint statement said.

Ms Phelps said both she and her wife had ‘done a lot of homework’ about the vaccines and after weighing up the risks and benefits decided receiving the jab was the best thing to do.

Her reaction stemmed not from the first dose but her second Pfizer shot which she received in July last year.

‘I developed a reaction where my blood pressure, my pulse rate and my temperature was going up and down all over the place, and with some quite distressing symptoms and for many months,’ she told the breakfast program.

Dr Phelps was diagnosed with dysautonomia which relates to problems with the nervous system.

She claimed she reported the reactions to the body overseeing vaccine safety, the Therapeutic Goods Administration (TGA), but they never followed it up.

She said other doctors have also ‘experienced a serious and persistent adverse event’ but that ‘vaccine injury is a subject that few in the medical profession have wanted to talk about’.

‘Regulators of the medical profession have censored public discussion about adverse events following immunisation, with threats to doctors not to make any public statements about anything that ‘might undermine the government’s vaccine rollout’ or risk suspension or loss of their registration,’ she wrote in her submission.

The medical expert said she had watched the ‘devastating’ affects her partner experienced for a year-and-a-half after vaccination. 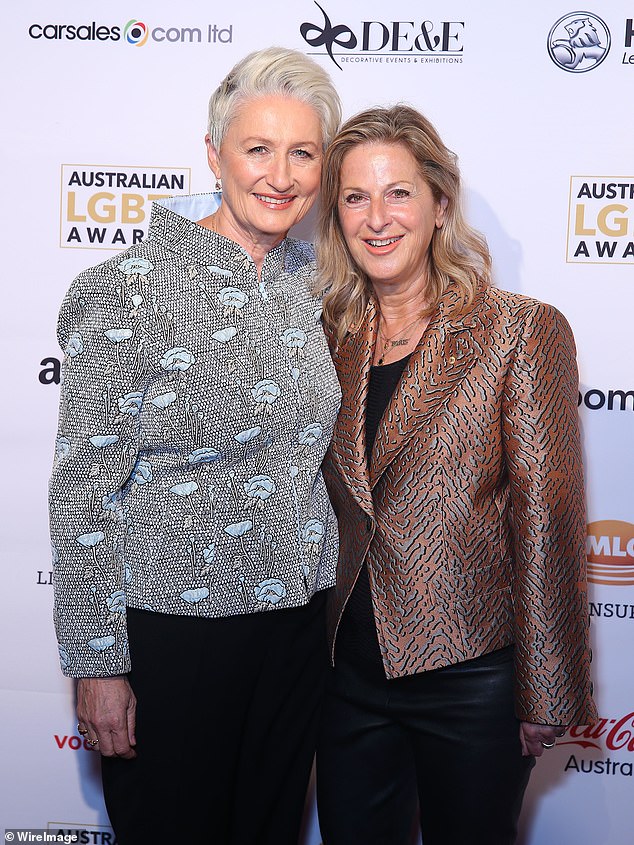 ‘With the addition of fatigue and additional neurological symptoms including nerve pains, altered sense of smell, visual disturbance and musculoskeletal inflammation,’ she said.

‘The diagnosis and causation has been confirmed by several specialists who have told me that they have seen ‘a lot of patients in a similar situation’.

Ms Phelps added it was important to acknowledge there are always people who experience adverse reactions to any vaccination or medication.

‘Doctors do not need to be afraid to take notes about the vaccine,’ a spokesperson for AHPRA said.

‘It is good medical practice and a professional obligation for doctors to make accurate medical records.

‘We encourage practitioners to discuss the various vaccines with their patients and use their professional judgement and the best available evidence to help the patient make the safest choices.’

AHPRA said it only intervenes ‘where the public is at serious risk’.

‘The Board’s expectations of registered health practitioners in relation to vaccination and public health matters is not new and predates the COVID-19 pandemic,’ the AHPRA spokesperson said. 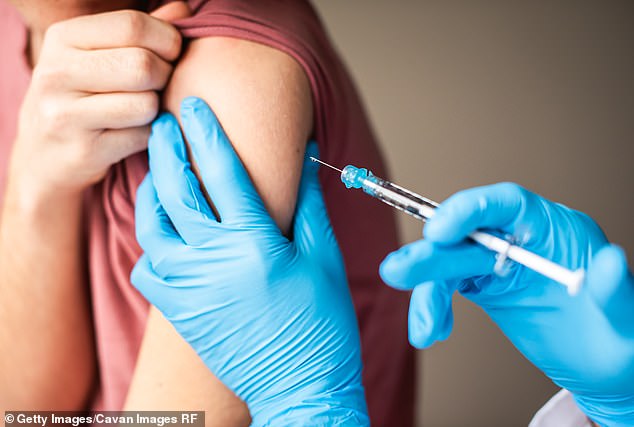