‘To win all four – that is almost impossible’: Kevin De Bruyne plays down quadruple talk as Manchester City prepare to take on Schalke

Kevin De Bruyne claims it would be ‘nearly impossible’ for Manchester City to win the quadruple.

City, who resume their Champions League campaign with the first leg of a last-16 tie against Schalke on Wednesday, are still in contention for an unprecedented four trophies.

Speaking at City’s pre-match press conference, the Belgium playmaker said: ‘The goal is not to win the four trophies – the goal is to win every game. Then we progress. 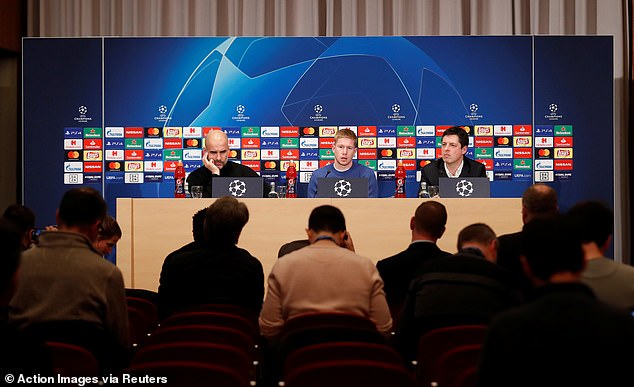 Speaking ahead of the Champions League last-16, the Belgian ace played down quadruple talk

‘We are very happy but to set standards to win all four – that is almost impossible.’

Despite their domestic dominance, there is a feeling City are still to truly impose themselves in Europe.

De Bruyne said: ‘I think first of all the level of the Champions League is higher than the Premier League. That is why the best teams play in it.’

The Belgian missed most of the first half of the season as he suffered two knee injuries but he now feels his level is improving.

‘I think I am playing better than when I came back after I had my injury,’ he said. 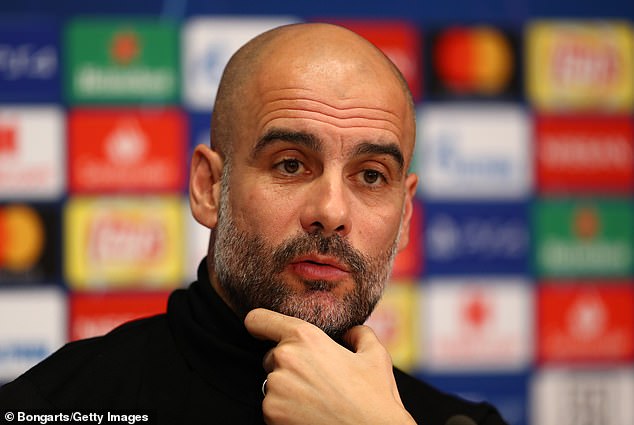 Despite excelling domestically, there is a sense Pep Guardiola’s side are yet to tackle Europe