Key to treating schizophrenia may be found in BROCCOLI, US study shows

The key to treating schizophrenia may be found in broccoli, research suggests.

Scientists found extracts of the vegetable can tweak chemical imbalances in the brains of people with the condition.

They used the compound sulforaphane, derived from broccoli sprouts, to restore lower levels of glutamate and glutathione.

The chemicals are responsible for sending messages between brain cells that have been linked to schizophrenia.

The key to treating schizophrenia may be found in a compound derived from broccoli, new research has suggested

Experts believe the findings could pave the way for new treatments in the future that don’t rely on powerful drugs which come with unwanted side effects.

However, the study did not prove the compound can help combat symptoms – only that it may play a role in restoring the chemical imbalance.

In their first study, researchers from Johns Hopkins Hospital in Baltimore, Maryland, recruited 81 people with schizophrenia.

They compared them with 91 who didn’t suffer from the condition. The participants were an average of 22 years old, and 58 per cent were men. 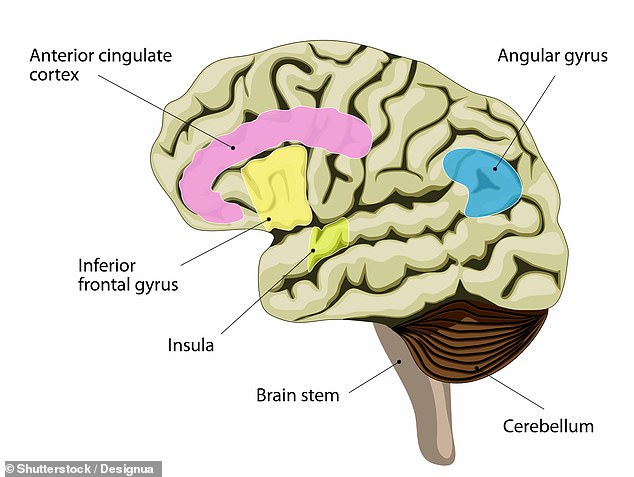 Schizophrenia is a chronic and severe mental disorder that affects how a person thinks, feels, and behaves.

People with schizophrenia may seem like they have lost touch with reality.

The cause of schizophrenia is not understood and it is believed to be a mix of genetics (hereditary), abnormalities in brain chemistry and/or possible viral infections and immune disorders.

The symptoms of schizophrenia fall into three categories: positive, negative, and cognitive.

Positive symptoms are disturbances that are ‘added’ to the person’s personality and include:

Negative symptoms are capabilities that are ‘lost’ from the person’s personality and include:

Cognitive symptoms are changes in their memory or other aspects of thinking and include:

Figures suggest around one percent of the world population suffers from schizophrenia with around two million in the US.

Researchers used a powerful magnet to measure and compare five regions in the brain between the two groups of people.

They found schizophrenia sufferers had, on average, four per cent lower levels of glutamate in the anterior cingulate cortex region of the brain.

Scientists also found those who were mentally ill had, on average, three per cent less glutathione in same region of the brain and eight per cent less in the thalamus.

Glutathione is made of three smaller molecules, and one of them is glutamate.

Next, the researchers asked how glutamate could be managed in the brain and whether that management is faulty in people schizophrenia.

Because glutamate is a building block of glutathione, the researchers wondered if the brain may use glutathione as a way to store extra glutamate.

If so, the researchers questioned if they could use known drugs to shift this balance to either release glutamate from storage when there isn’t enough, or send it into storage if there is too much.

The researchers then recruited nine healthy volunteers to take two capsules with 100 micromoles of sulforaphane in the form of broccoli sprout extract once a day for a week.

They monitored glutathione levels in the brains of the healthy volunteers before and after taking sulforaphane.

The team found that after seven days, there was about a 30 per cent increase in average glutathione levels.

The scientists say further trials are needed to learn whether sulforaphane can safely reduce symptoms of psychosis or hallucinations in people with schizophrenia.

They would need to determine an optimal dose and see how long people must take it to observe an effect.

The researchers caution their studies don’t justify or demonstrate the value of using commercially available sulforaphane supplements to treat or prevent schizophrenia.

And the team said patients should consult their physicians before trying any kind of over-the-counter supplement.

Akira Sawa, director of the Johns Hopkins Schizophrenia Center: ‘It’s possible that future studies could show sulforaphane to be a safe supplement to give people at risk of developing schizophrenia as a way to prevent, delay or blunt the onset of symptoms.’

Sulforaphane is found in a variety of cruciferous vegetables, and was first identified as a ‘chemoprotective’ substance decades ago.

According to the World Health Organization, schizophrenia affects about 21 million people worldwide.