A group of Florida students have graduated while riding on jet skis.

Eleven pupils from Somerset Island Preparatory, a charter school in Key West, were able to collect their high school diplomas while riding in the warm waters off Key West.

The coronavirus has cancelled or postponed many graduations around the country, but the principal was determined to allow his students to celebrate the occasion in some way or other. 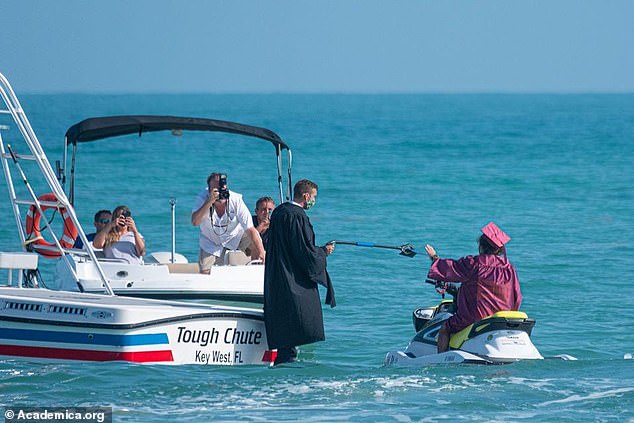 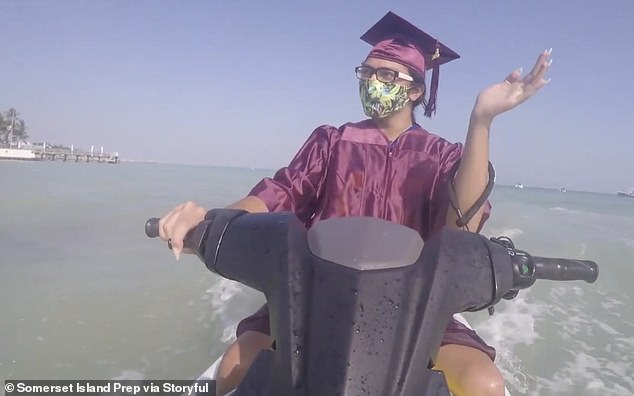 The group wore caps, gowns and protective masks as they rode up to another boat to collect their diplomas

Video sees the teenagers managing to social distance while riding their jet skis and wearing traditional caps and gowns.

Drone footage follows the students as they head out to see where principal Tom Rompella, is waiting to hand over their all important document using a grabber.

A second boat then manages to take photos of the graduates as they pass by.

It is certainly among the more creative graduation ceremonies seen in recent months. 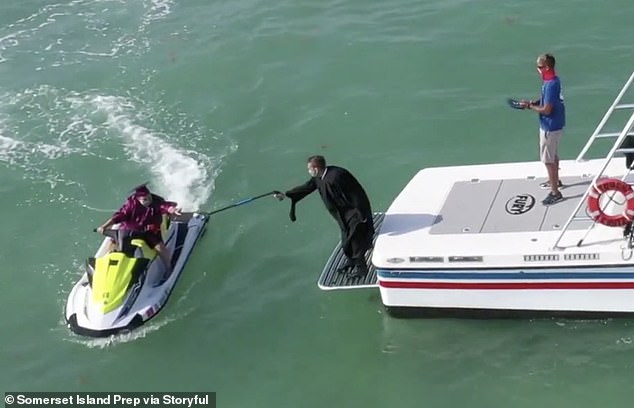 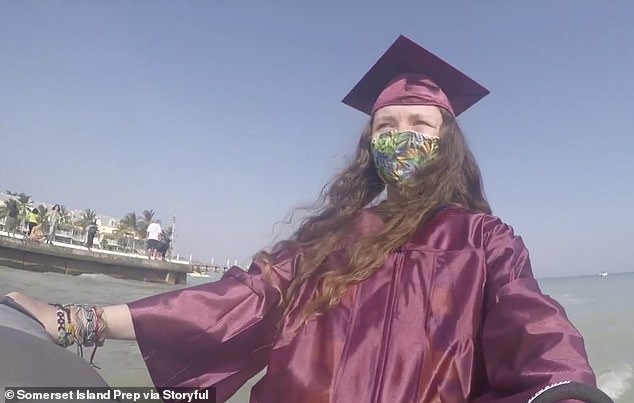 Incredibly all of the students managed to get their diplomas back to shore without having any of them fall into the water.

Many students also took advantage of having a wave runner to take in the moment and after collecting their diplomas in a traditional binder, decided to speed up and splash through the warm Florida waters.

‘The idea to have a jet ski graduation is a perfect example of the innovative mindset that permeates Somerset Island Prep,’ said Todd German, Somerset Academy’s governing board chair.

‘I could not be prouder of the students and staff during these trying times.’

‘This final ceremony for our seniors represents the same theme that has played out throughout the entirety of their time at Island Prep. That no barrier is too large to overcome and that through creativity and hard work we can overcome any challenge,’ Principal Rompella said. 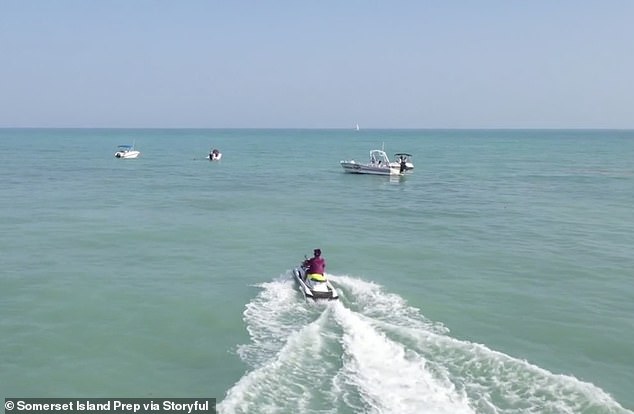 Footage was captured from all angles including drones