Kentucky Fried… Cheese! KFC debuts a crispy chicken sandwich with MAC AND CHEESE buns – but the new treat is only available in Singapore

But the good news? It’s only available in Singapore, so a anyone living in the Western Hemisphere would have to be very, very dedicated to get their hands on one.

Jealous! KFC in Singapore has just unveiled a brand new fried chicken sandwich that uses two fried mac and cheese patties in place of a bun 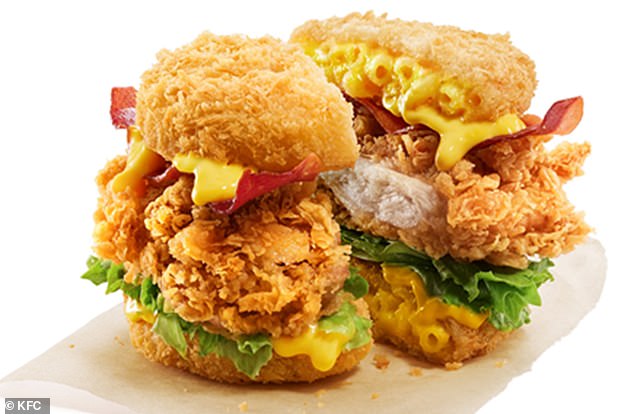 Calorie fest: The Mac ‘N Cheese Zinger is available starting today, but only in Singapore 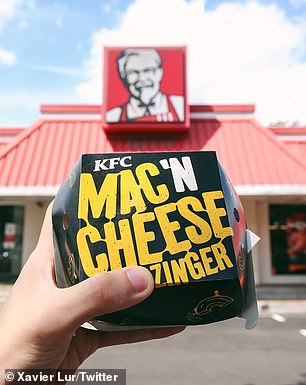 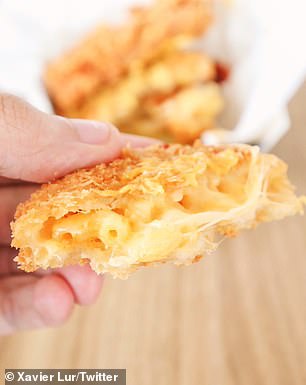 Eat up! KFC says it has ‘all the qualities of the ultimate indulgent burger’

According to Delish, the Mac ‘N Cheese Zinger is available starting today.

‘Spare the bun, coat the mac and cheese, fry it perfectly, add more cheese,’ booms the voiceover in the new commercial. ‘Sandwich it with Zinger fillet, crispy turkey bacon, and lettuce.

The brand goes on to say it has ‘all the qualities of the ultimate indulgent burger.’

And it’s just one of several items that KFC carried in Singapore but not in the US or UK.

They also have a Parmesan Truffle Chicken, froyo, and a curry rice bowl. 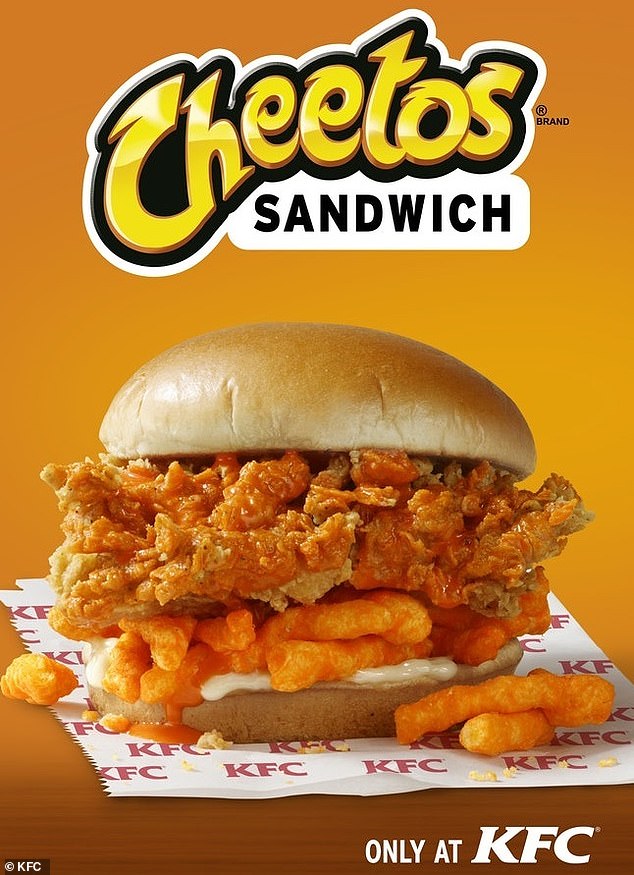 Luckily, Americans bummed that the Mac ‘N Cheese Zinger isn’t available in the US do at least have one new menu item to soften the blow — that is, if they live in Virginia, North Carolina, or Georgia.

Customers at those locations can get their hands on the sandwich, which includes fried chicken smothered in Cheetos-flavored sauce, a layer of mayo, and a helping of actual Cheetos snacks packed between the buns.

‘Both KFC and Cheetos have dedicated fan bases loyal to each new creation,’ said a spokesperson according to Delish of the test run.

‘It only made sense to merge these two iconic brands together to provide an irresistible and flavorful sandwich that gives the best of both worlds.’