Khabane Lame, 22, has become the most followed TikTok star in the world with over 142 million fans

A Senegalese-born comedian has officially become the most followed TikTok star in the world.

Khaby Lame, 22, who posts under the name @khaby.lame, passed American Charli D’Amelio, 18, who until today had held the top spot since 2020.

Lame – who came from poor beginnings – joined the platform in 2020 after being laid off from his factory job.

Since then he has met celebrities, been invited to glitzy events and galas, and landed sponsorship deals with the likes of Hugo Boss.

Khabane Lame, 22, has officially become the most followed TikTok star in the world with over 142.5 million fans on the platform 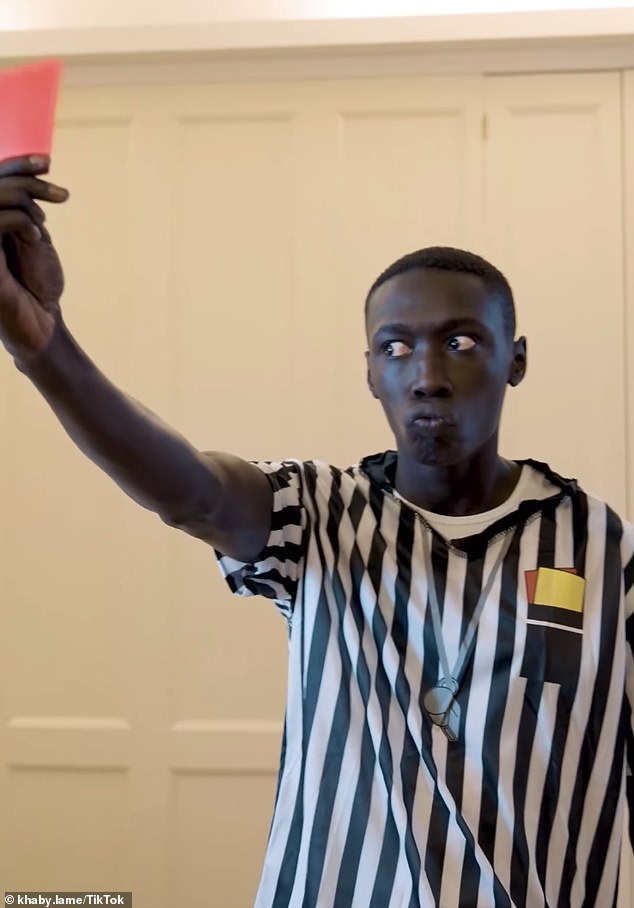 Lame – whose videos largely consist of him silently mocking other Tik Tokers – was born in Senegal, and moved to Chivasso, Italy, at the age of one.

Though he was raised poor – his grew up living in public housing units with his parents – Lame says he owes everything he has become to those humble beginnings.

‘Public housing is a place to which I owe everything,’ Lame told Olhar Digital last year, ‘They taught me education and allowed me to cultivate many bonds.’

In 2020, Lame was working as a machine operator at a factory in Turin.

As Italy was consumed by the pandemic in its earliest days, Lame was laid off from his job and left unemployed.

Lame told Forbes that he started making Tik Tok videos after that, simply because he was bored while unemployed during quarantine.

‘The pandemic had just started, and I was bored with a lot of time on my hands so I started making videos on TikTok,’ he said.

He began making videos in which he would mock ‘life-hack’ videos made by other users, acting out simple ways to do what they made complicated, and topping it off with a wide eyed stare or a shrug.

Lame’s signature touch is never saying a word in his videos.

‘I came up with the idea because I was seeing these videos circulating, and I liked the idea of bringing some simplicity to it,’ Lame said to CNN last year, ‘I thought of a way to reach as many people as possible. And the best way was not to speak.’

In one video Lame mocked, a man struggles with his shirt caught in a car door. To free himself, the man pulls out a pair of scissors and cuts himself free.

In Lame’s video, he stands with his shirt closed in a car door. Instead of hacking his way to freedom, he simply opens the car door and lets his shirt fall free, then closes the door and flashes the camera a bemused look.

As the rest of the world sat on their hands in lockdown too, Tik Tok became massively popular, and Lame’s simple videos struck a chord with viewers and quickly gained him tens, hundreds, thousands, and then millions of followers.

As Lame’s numbers climbed, his followers began campaigning to boost him to the top of Tik Tok, creating the hashtag #KhabyToNumberOne.

Along the way, Lame’s fame surpassed the cellphone screen.

He has met celebrities like the singer Ed Sheeran, and Lionel Messi, and a number of professional soccer players.

In 2021 he was invited as a special guest to the Venice Film Festival, and earlier this year was featured in the Hugo Boss #BeYourOwnBoss campaign after signing a partnership with the fashion line.

After joining the platform in 2019, Charli had become the most followed account with her viral dance routines and by 2020 she had over 100 million fans.

At the time she took to the platform to say that the achievement was ‘like a dream’.

In a video she added: ‘I can’t believe there’s 100 million supporters following me right now. That is insane, oh my goodness. 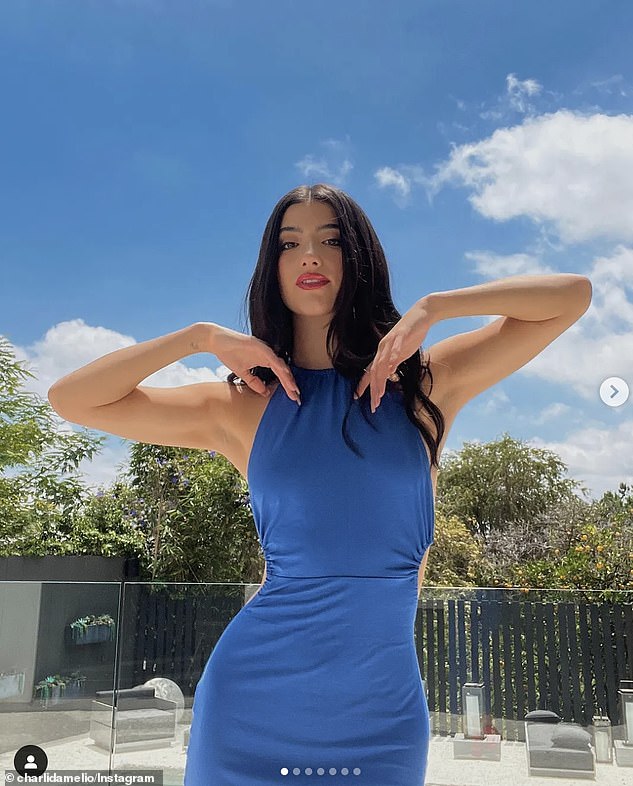 ‘Y’all can’t grasp that this is real, I still feel like it’s a dream, kind of waiting to wake up. Very insane. Oh my goodness, thank you!’

The social media platform congratulated her on the news and said it was ‘so proud’ of her achievements.

In a statement TikTok said: ‘In less than 18 months, Charli has grown into one of the most recognized and beloved TikTok creators in the world.

‘While we’re extremely proud of Charli and all that she has accomplished since she shared her first TikTok video in May 2019.’ 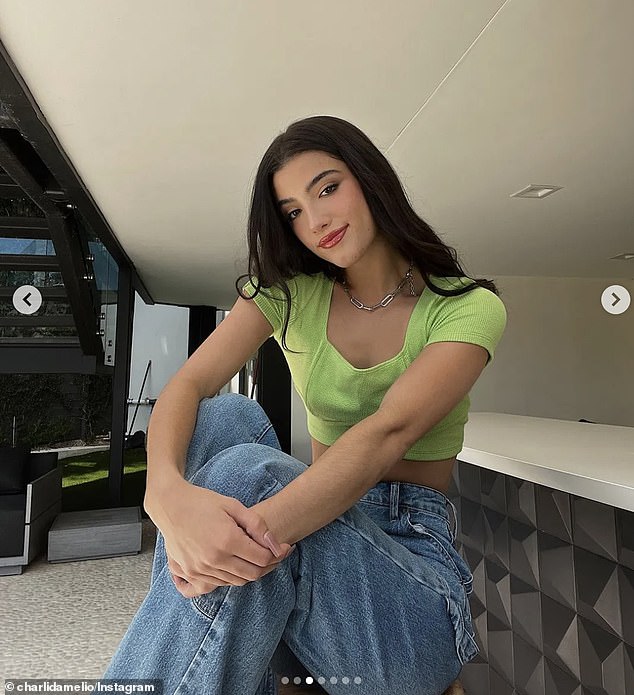 TikTok also announced it would be donating $100,000 in Charli’s name to American Dance Movement, an organisation aimed at increasing access to dance education in the US.

However, despite her popularity, Khaby – who produces dialogue-free parody clips – was soon hot on her heels.

In March 2020, during the early days of the coronavirus pandemic, Khabane lost his job and moved back in with his parents.

Capitalising on the momentum of TikTok at the time he set up his account and quickly climbed his way to the top of the platform. 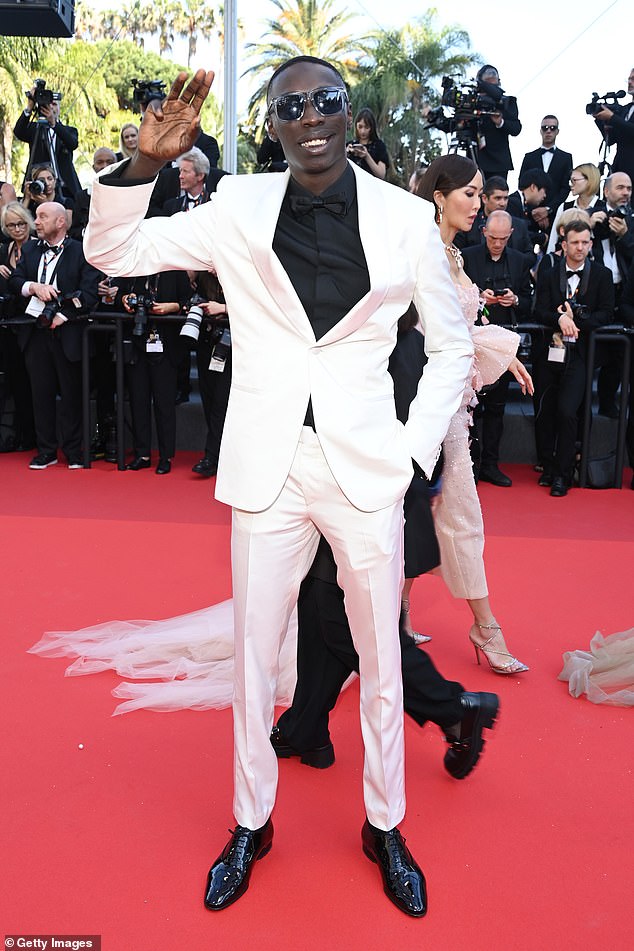 Commenting on his latest video his fans rushed to congratulate him on his success.

With one person writing: ‘THE KING IS NUMBER 1 ON TIKTOK’

While another fan wrote: ‘CONGRATS FOR THE 142,0 MILLION FOLLOWERS WOW I AM PROUD OF UUU.’

Exciting day! Commenting on his latest video his fans rushed to congratulate him on his success