Kid Rock was heard using a homophobic slur in a show at a Smithville, Tennessee bar this past weekend.

According to a report from TMZ, the Cowboy singer was performing at FishLipz Bar & Grill when he lashed out at fans who were filming the show with their smartphones.

In a clip published on the outlet, the singer, 50, had microphone in hand as he was heard telling the crowd, ‘You f***ing f*****s with your iPhones out,’ and singing, ‘You can post this d*** right here,’ while gesturing to his crotch.

The latest: Kid Rock was heard using a homophobic slur in a show at a Smithville, Tennessee bar this past weekend. He was snapped in Texas in 2019

Sources told the outlet that venue security had repeatedly told patrons that filming was prohibited.

It’s the latest controversy for the Bawitdaba artist, who hosted Morgan Wallen’s first outing onstage at his Nashville bar, Kid Rock’s Big A– Honky Tonk Rock N’ Roll Steakhouse, months after the country singer was heard using the N-word outside of his home in January.

In November of 2019, TMZ reported that the singer was removed from the stage of his establishment after a vulgar rant in which he said, ‘I don’t like Oprah Winfrey or Joy Behar … they can suck a d*** sideways.’

He said that he’d tell anyone who found his words racist to ‘f*** off,’ adding, ‘I’m not a bad guy, I’m just an honest guy, saying I don’t like Oprah Winfrey and Joy Behar.’ 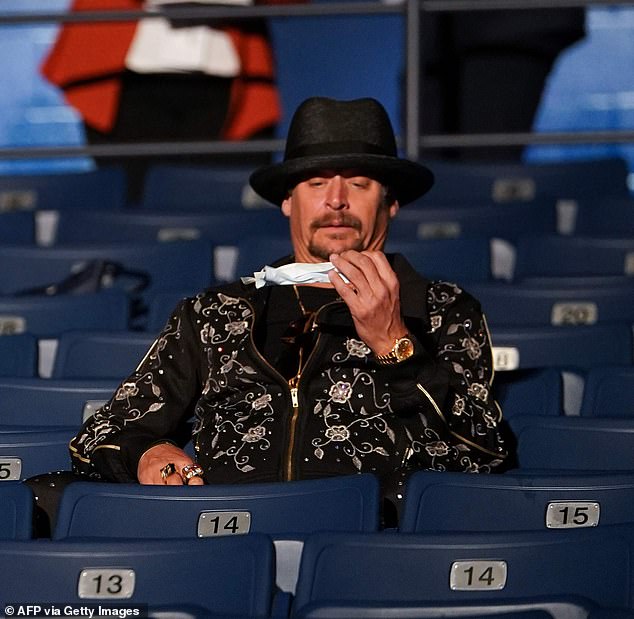 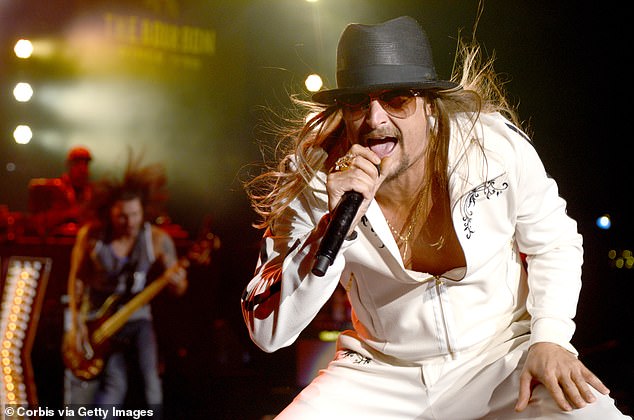 Details: Sources told the outlet that venue security had repeatedly told patrons that filming was prohibited prior to the singer’s outlash. He was snapped in California

‘My people tried to get me to do The Oprah Winfrey Show years ago and her people wanted me to write down five reasons why I loved her and her show,’ he said. ‘I said f*** that and her. End of story.’