Huskins and Quinn were awarded $2.5million in damages earlier this year after suing the Vallejo Police Department for defamation after they were accused of faking the kidnapping

A woman who was allegedly kidnapped from her San Francisco home and raped during her two days in captivity may have to face her assailant as he questions her on the stand.

In the latest indignity to face Denise Huskins, 33, her alleged attacker, Matthew Muller, will be given the opportunity to question the physical therapist in court as he is representing himself, The San Francisco Chronicle reported.

When Huskins first went missing in March 2015, police deployed 40 officers in the hopes of securing her return, and after she was found, publicly claimed her ordeal had been a hoax, along the lines of the film Gone Girl.

She filed a defamation claim and won, resulting in a damages payout and a private apology from police, but has continued to struggle in her fight for justice against her alleged captor.

Huskins and her fiance, Aaron Quinn, were subpoenaed on Wednesday to testify at a preliminary hearing, during which the pair may be cross-examined by Muller, as he does not have any legal counsel acting on his behalf. 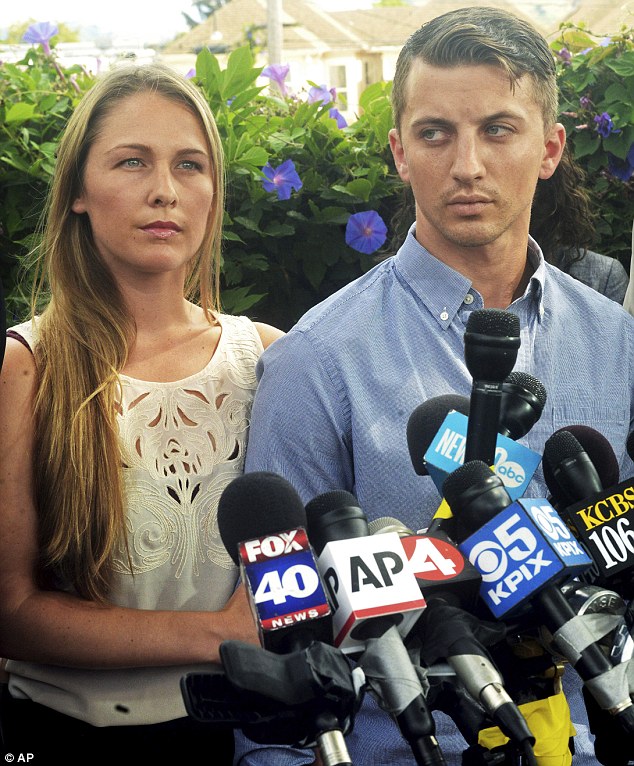 The pair will appear in court next week, only days before they are due to tie the knot on September 29.

‘I honestly don’t even have words to describe what we are feeling,’ Huskins wrote on Facebook.

The soon-to-be bride said the couple were in need of support as the trial approached, but would not let what could be an incredibly traumatic experience affect their big day. 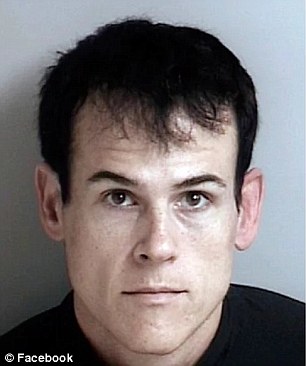 Matthew Muller, 40, was sentenced to 40 years in prison last year after pleading guilty to breaking into the Vallejo home of Denise Huskins, 32, and Aaron Quinn, 33, when they were sleeping in 2015

‘We welcome any and all thoughts, prayers and support. We surely will need it as we enter this next battle,’ she wrote.

‘But we will be ready to celebrate on our wedding day!’

Prosecutors have alleged Muller used a remote-controlled drone to spy on his victims before breaking into their home, blindfolding and tying them up in March 2015.

He made them drink a sleep-inducing liquid before playing a pre-recorded message that made it seem as if there was more than one kidnapper.

Authorities said Muller then put Huskins in the trunk of car and drove to South Lake Tahoe where he held her hostage for two days and allegedly raped her twice while demanding a $15,000 ransom from her boyfriend.

Muller was given the 40 year sentence as part of a deal for pleading guilty to the kidnapping charge in federal court. 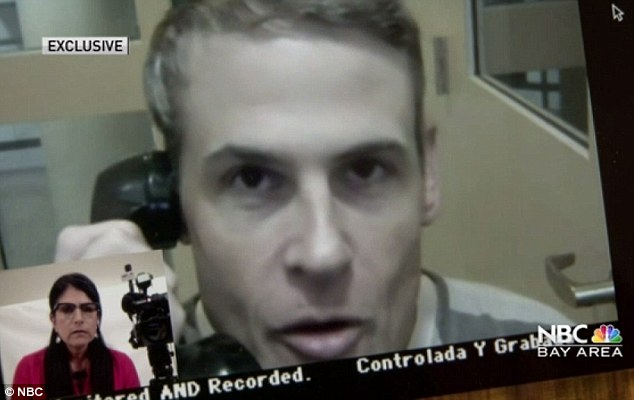 He has since claimed he is not guilty, and will be fighting the charges of raping Huskins and assaulting Quinn in court.

When explaining why he initially pleaded guilty, Muller told NBC he had fallen into severe depression while being held at a Sacramento jail and didn’t care what happened to him.

He added he had wanted to help the couple in some way by taking the deal.

Muller has denied he had planned the timing of the court case to cause Huskins and Quinn more pain.

‘I did not control the timing on this. To suggest somehow I’ve plotted to make this happen right before they got married is ridiculous,’ he said.