Kiernan Dewsbury-Hall signs a new contract to keep him at Leicester until 2027 as the highly-rated midfielder reveals: ‘I’ve got big, big ambitions for the future’

Kiernan Dewsbury-Hall has put pen to paper on a new long-term contract at Leicester City.

The 23-year-old broke into Brendan Rodgers’s first-team squad last season, and has been rewarded with a deal until 2027.

After signing on the dotted line, Dewsbury-Hall spoke of his satisfaction at committing his future to the Foxes. 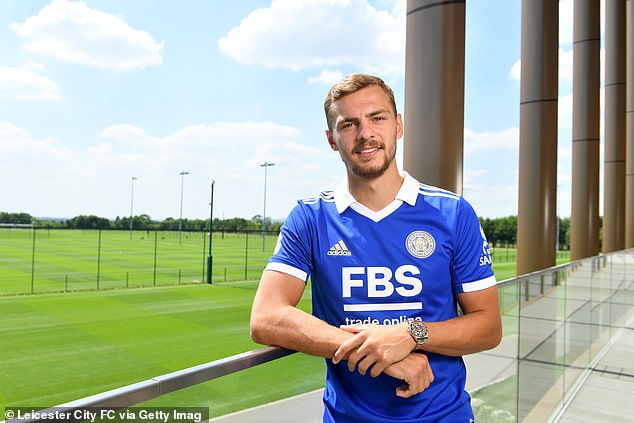 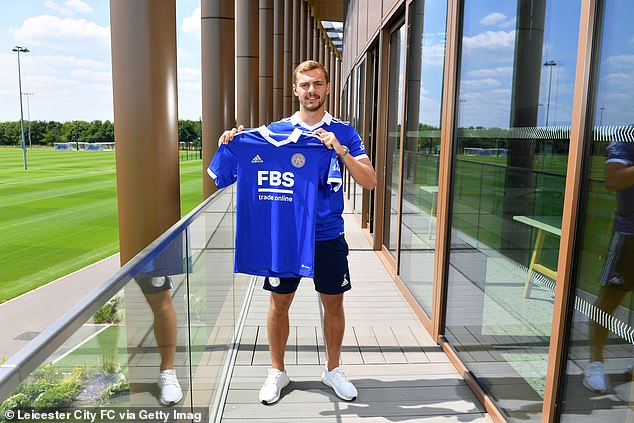 ‘I’m so proud and I’m really happy. It’s a great day for myself and my family,’ he told LCFC TV.

‘A lot of hard work has gone into this deal, and it’s a really nice feeling to get it done. Now, I’m just looking forward to the future.

‘I have a really good relationship with the Football Club. I’ve been here since I was eight-years-old, so it was a no-brainer really when I sat down and we spoke about the deal.

‘I’ve got big, big ambitions for the future, and I know the Football Club have too.’ 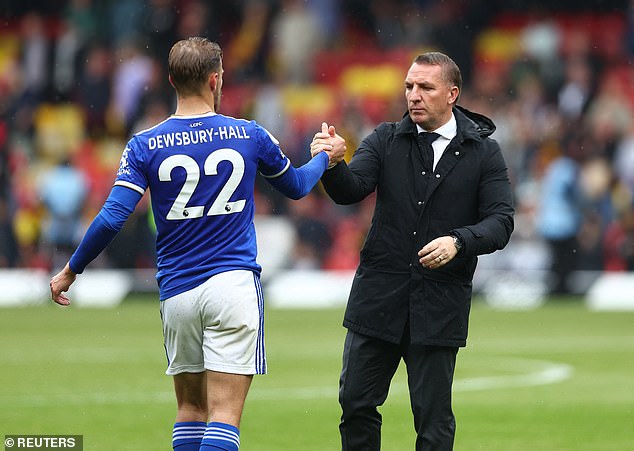 The midfielder only made his Premier League debut last August after previous loan spells at Blackpool and Luton.

He quickly established himself in Leicester’s starting XI, and went on to score his first top-flight goal against Crystal Palace in April.

In total, Dewsbury-Hall made 43 appearances across all competitions as Leicester finished eighth in the league, and made the semi-finals of the Europa Conference League.

He now looks set to be a major part of the club’s plans moving forward as they look to get back into Europe next term.