Paramedics found Sabrina Mullings, 38, dead at her home in Upper Norwood around 6am on Monday, March 13

A controlling boyfriend shouted ‘I am Jesus’ when he was discovered by police wearing only a bloodstained black parka jacket in the streets.

Ivan Griffin, 24, told Sabrina Mullings, 38, to drink his blood before he plunged a kitchen knife into her heart in the front room of her flat in Upper Norwood, south London, a court has heard.

Griffins later told officers she wanted to die, it is claimed.

He apparently told officers he had been in a scuffle with friends before PC Pascoe noticed blood dripping from underneath his jacket.

As his behaviour became more erratic PC Pascoe detained the killer under the Mental Health Act.

Griffin had then started to cause a scene ranting that he was the son of God to passers-by before aggressively yanking the handcuffs out of PC Pascoe’s grip, the court heard.

Police officers at the scene removed his jacket and saw two wounds on his chest, one that was weeping and the other covered in dry blood. 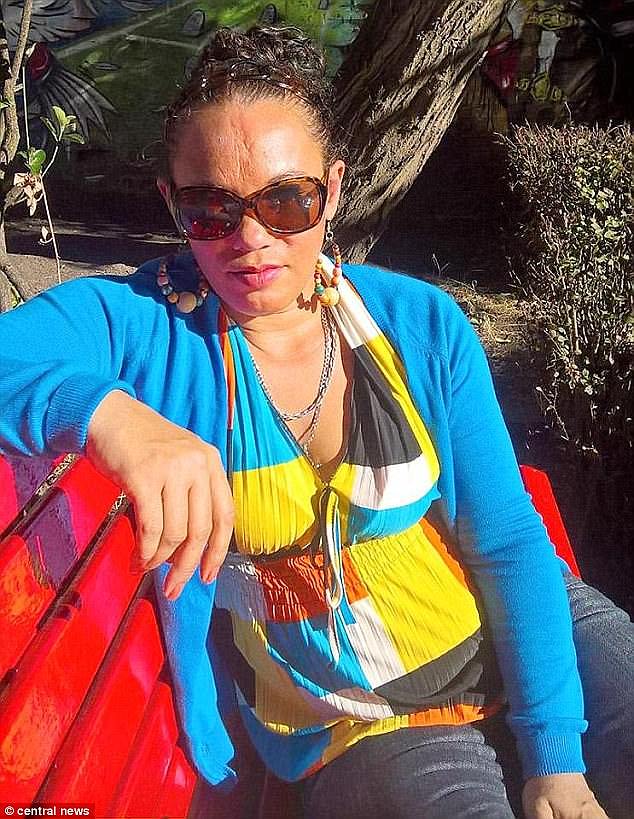 The victim’s daughter Hayleigh, 22, told the court that upon confronting Griffin at her home, after hearing screams and shouts about ‘releasing demons’, he had told her he had stabbed himself first and revealed his wounds to her.

Griffin allegedly told the couple he had stabbed Miss Mullings ‘because he loved her’ before he fled the scene.

When he was later cautioned in hospital Griffin told police officers Miss Mullings had been suicidal.

Pathologist Dr Nathan Fegan-Earl said the wounds on the victim’s hands were consistent with her raising their arm in a reflex action to defend against a knife wielding attacker.

He added: ‘There was an area of bruising found under the left scalp, which would indicate that the victim had hit her head during a struggle.’

The pathologist said the shape, location and presence of defensive injuries to her hands suggested the wounds were not self inflicted.

The defendant claims he is not guilty of murder by reason of diminished responsibility relating to mental illness. 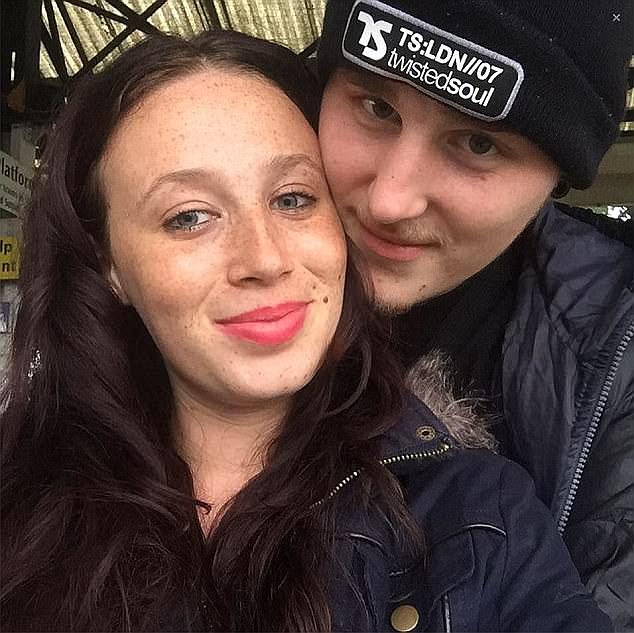 Hayleigh Mullings (left) had been asleep with boyfriend Chaise Gore (right) when they heard shouting. They went on to find Ms Mullings’ naked body lying on a dressing gown