These are the faces of a ‘brutal’ killer and a ‘devious’ rapist whose deportations back to Jamaica were blocked by last-minute legal challenges.

Knifeman Fitzroy Daley stabbed a 50-year-old man to death after a minor scuffle outside a pub, and was jailed for ten years.

Predator Fabian Henry was jailed for 12 years for raping a 17-year-old girl twice and for abducting and having sex with a girl of 15 while on bail.

Both violent criminals won an 11th hour reprieve along with dozens of hardened offenders after campaigners said the deportation would risk repeating the mistakes of the Windrush scandal.

Some of the removals were blocked on a technicality on Monday night by the Court of Appeal, which found they were unable to make phone calls to their lawyers from two detention centres near Heathrow. Others submitted additional legal challenges.

The failure to deport the men is bound to alarm their victims, particularly after ministers said all of them posed a danger to the public.

Another of the 25 Jamaican nationals taken off Tuesday’s flight was a child rapist and, in all, the criminals were sentenced to an astonishing 136 years in prison, the Mail can reveal.

Government sources have said they fear the Jamaican criminals remaining in Britain will win bail within days and be released from immigration removal centres.

Daley killed Eric Paul after the pair fought outside a pub in east London just before Christmas 2012. 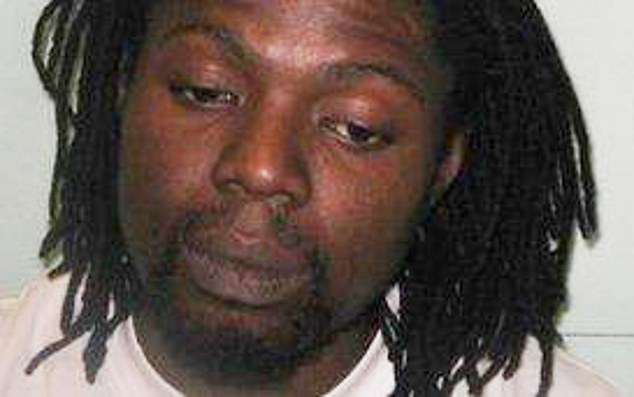 Knifeman Fitzroy Daley (pictured) stabbed a 50-year-old man to death after a minor scuffle outside a pub, and was jailed for ten years

The Old Bailey was shown CCTV footage of Daley attacking Mr Paul from behind as he walked away after a ‘minor scuffle’. A jury acquitted Daley, then 36, of murder but found him guilty of manslaughter.

In Henry’s case, he was described as ‘devious, callous and manipulative’ by a judge at Bristol Crown Court in August 2013 when he was sentenced.

Henry, then aged 30, denied all the charges against him, forcing his two young victims to relive their ordeals in the witness box.

The court heard how Henry groomed both girls by bombarding them with hundreds of messages from his Blackberry phone.

He lured his 17-year-old victim to his cousin’s flat in Bristol where he twice forced himself on her in July 2012. 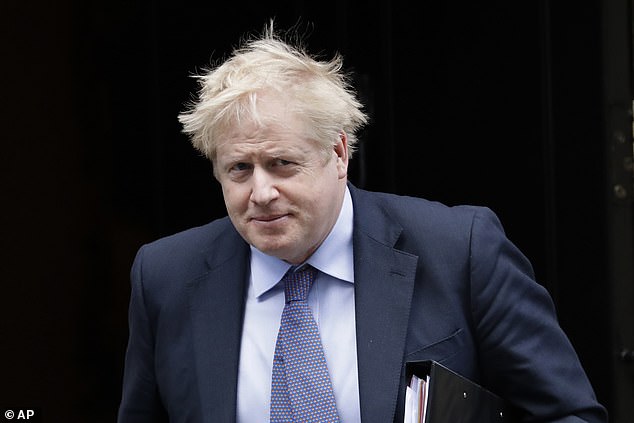 Henry took degrading pictures of her naked and in her underwear, and then published them on social media in a bid to silence her.

After the girl left the flat, Henry followed her and forced her to get into his car where he threatened to ‘box’ or hit her. She only escaped after one of his friends intervened.

Henry was also convicted of abducting a 15-year-old girl to his flat in London, where he had sex with her in December 2012. He had started grooming her at the age of 14.

She sent text messages to her father saying she had been kidnapped. The first messages said ‘Help’ and ‘He took me’.

A quick-fire string of messages followed, starting with ‘He’s driving me somewhere in the back of his car, he tied up my feet’ and continuing with: ‘What do I do?’, ‘He’s coming’, ‘Dad, Dad’ and ‘He’s gonna take my phone’.

Three police officers went to a first-floor flat in Hackney, east London, at about 3.45am the following day and found Henry lying with the child under his duvet. 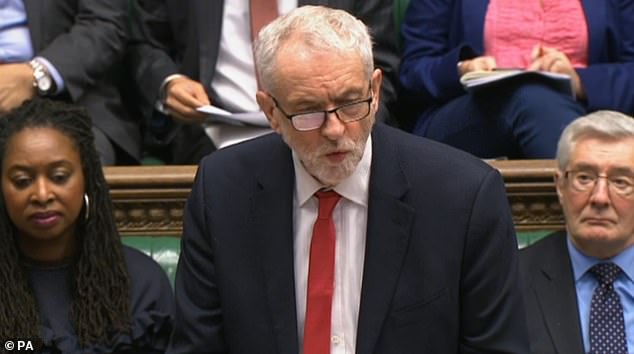 Passing sentence, Judge Michael Longman told him: ‘Both cases demonstrate an inappropriate sexual interest in girls much younger than you.’

The Attorney General has warned that creeping ‘judicialisation of politics’ is alienating British people. Geoffrey Cox, the Government’s senior law officer, said there was a fear that unelected officials, including judges, were usurping Parliament over key decisions.

‘I do think there is a question now whether or not the judicialisation of politics has gone too far and requires some amelioration or changing of the balance,’ Mr Cox said.

He added: ‘There is a real risk that those of us in Westminster or in the legal profession do not understand that out in the country there is a concern about whether or not decisions that ought to be taken by democratically accountable politicians are in fact being taken by those who are not elected.’

Mr Cox suggested Supreme Court judges could be subjected to questioning by MPs and peers before they are appointed.

No10 has promised an inquiry into judicial review after last year’s legal fight over the prorogation of Parliament.

Henry was handed a Sexual Offences Prevention Order banning him from unsupervised contact with youngsters and ordered to register as a sexual offender for life.

The mother of one victim told the Bristol Post: ‘He took away her innocence… He vandalised her life and she has got to live with that for the rest of her life.’

At Prime Minister’s Questions yesterday Jeremy Corbyn questioned whether Mr Johnson could himself have been deported.

The Labour leader said: ‘If there was a case of a young white boy with blond hair who later dabbled in Class A drugs and conspired with a friend to beat up a journalist, would he deport that boy – or is it one rule for young black boys from the Caribbean and another for white boys from the United States?’

Mr Corbyn appeared to be referring to a secretly taped 1990 conversation in which Mr Johnson agreed to provide the address of a News of the World reporter to a friend who wanted to arrange a punishment beating.

Mr Johnson, who was born in New York and has admitted using cocaine as a teenager, said: ‘I think quite frankly that Mr Corbyn demeans himself and, by the way, besmirches the reputation of the Windrush generation. He has no right to conflate them with those foreign national offenders that we are deporting today.’

The Government was embroiled in a scandal in 2018 after it emerged that British citizens who came here in the Windrush generations from the 1950s onwards had been wrongly deported to the Caribbean. 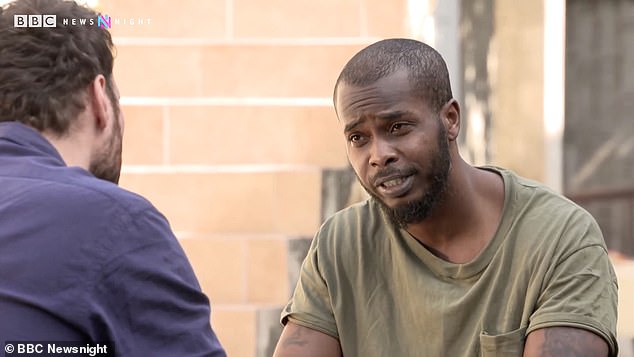 Rupert Smith, 32, from London, was deported after being convicted in 2016 of committing actual bodily harm – attacking a man with a wrench. He received a 15-month sentence

Last night one of the 17 people deported to Jamaica on Tuesday morning said he had been left destitute after arriving in Kingston.

Rupert Smith, 32, from London, was deported after being convicted in 2016 of committing actual bodily harm – attacking a man with a wrench. He received a 15-month sentence.

Mr Smith arrived in the UK aged 13 and has three children in the UK, all British citizens.

‘I’m numb, hurt, wounded. There is no sensation, no feeling,’ he told BBC Newsnight.

‘I have done my crime, I’ve served my time. If I was a British child, it would have finished at me serving my time. But because I’m Jamaican it’s like I’m serving my sentence three times over.’