The brutal moment a large unleashed dog bites a small canine by the the throat and drags her around ‘like a rag doll toy’ has been captured on video.

Animal lover Shani Francis was taking her King Charles cavalier named Ruby for walk when her pet was attacked by a mastiff cross on Hill Farm Drive in Clyde in Melbourne’s southwest at 11:45am on Saturday, July 18.

The young woman was with her friend Rachel at the time, who was also walking her dog, a staffy cross named Bucky.

CCTV footage from a nearby house shows the killer dog sprinting full speed at Ruby from behind before wrapping its mouth around her neck.

After Ms Francis freed Ruby, the savage dog turned its attention Bucky, biting him on his back. The killer dog’s owner then fled the scene without exchanging details.

Ms Francis paid $11,000 for Ruby’s surgeries, maxing out her credit card and leaving her with just $0.25 in her bank account, but her ‘best pal’ died on Monday.

She has since decided to take matters into her own hands by starting a change.org petition to enforce ‘mandatory exchanging of details following an animal attack’.

Animal lover Shani Francis (pictured) was taking her King Charles Cavalier named Ruby for walk when her pet was attacked on Hill Farm Drive in Clyde in Melbourne’s southwest at 11:45am on Saturday, July 18 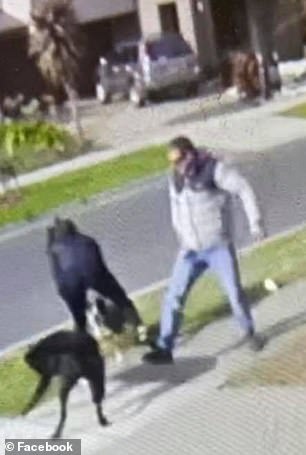 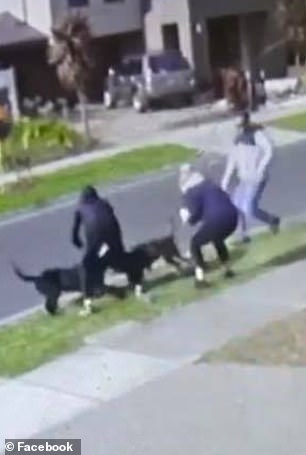 The video of the incident begins with the killer dog sprinting right past Ms Francis’ legs before mauling Ruby, who was on a leash.

‘It was horrific, she (Ruby) looked like a little rag doll toy,’ Ms Francis told 9News.

Ms Francis’ friend Rachel jumped into action, quickly grabbing the aggressive dog by the scruff of the neck, which gave a small window for Ms Francis to free Ruby.

‘She had bits of flesh hanging off her under her belly, there was blood all over my clothes and my hands, and I was just was holding her, kind of hunched over trying to protect her,’ she said.

The killer dog then turned its attention to Rachel’s dog Bucky, biting him on the back and ‘causing several deep puncture wounds’, according to Ms Francis’ petition.

Eventually, Rachel managed to control the killer dog as it’s owner, an unknown man, arrived at the scene. 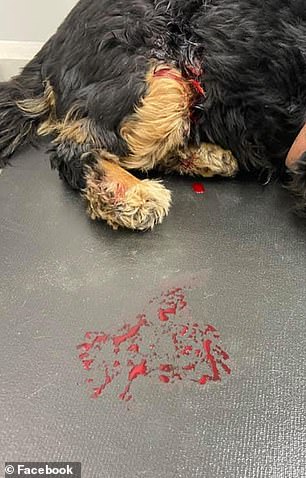 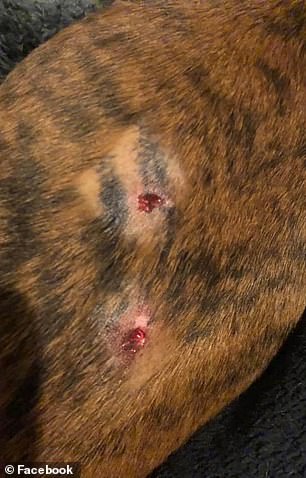 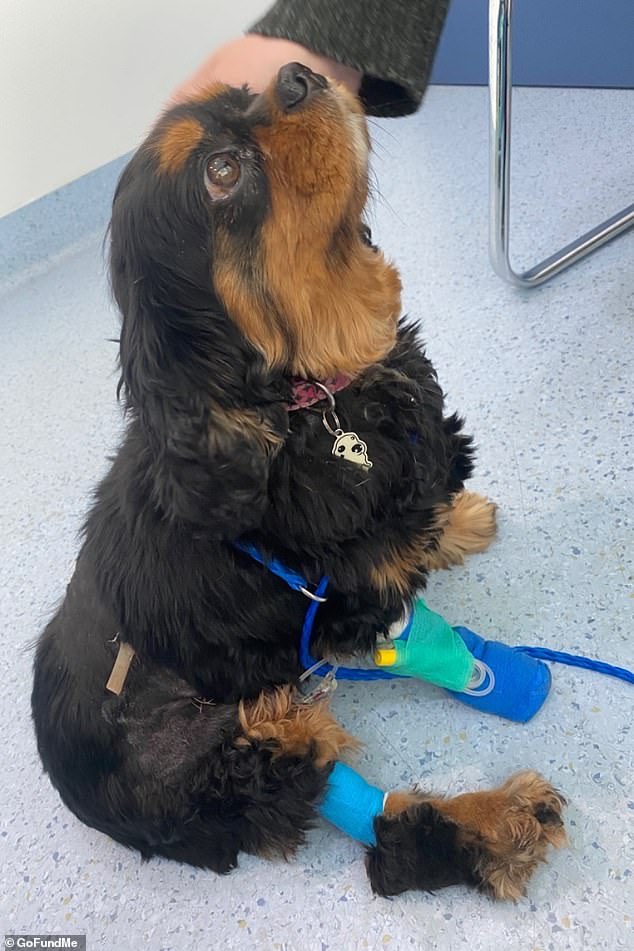 Ruby with extensive bandaging and tubes to treat her injuries. After extensive surgeries, Ruby died on Monday

‘He (the man) had no control of it (his dog) at all, he didn’t say one word to me and the only thing he said to Rachel was to “let go of his dog”,’ Mr Francis wrote online.

‘The man then got back in his car with his dog and did a U-turn to avoid having to drive past Rachel and myself holding our bleeding dogs.

‘He had no idea Ruby was bleeding all over me and had flesh hanging from her tiny body or that we hadn’t been bitten ourselves.

‘Our dogs could have bled out at the scene and he still didn’t stop, he chose to be an absolute coward and try and run away.’

Photos from after the attack show exposed flesh on Ruby’s legs and torso as well as two deep punctures on Bucky’s back. 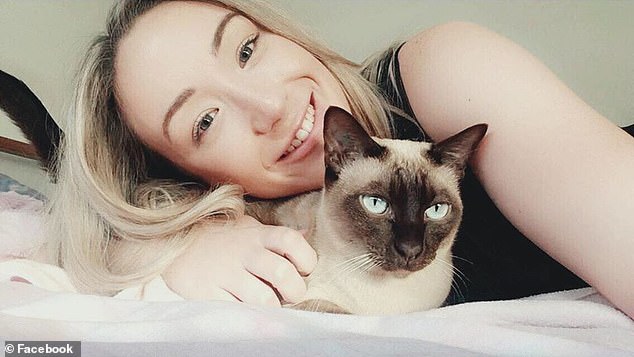 Ms Francis and her cat. The animal lover said Ruby’s death was like ‘losing my best pal’

Ms Francis made a GoFundMe page and raised $4,523 of her $10,232 target, but still had to max out her credit card and spend her savings, leaving her with just 25 cents.

Ruby died on Monday and now Ms Francis has started a change.org petition ‘to fight for the mandatory of exchanging of details following a dog attack’.

‘Ruby was the absolute highlight of my life and it’s heartbreaking that I can’t even walk around my block without being scared of a dog attack and losing my best pal,’ Ms Francis wrote.

‘I would hate this to happen to anyone else and anyway we can mitigate the damage and increase the repercussions of these dog owners not being responsible will help the community.’

Little is known about the mystery dog owner except that he was a white man who drive a Grey 2014 Jeep Grand Cherokee.

The killer dog is believed to be a black Mastiff X Great Dane, but it had no leash or collar to identify its name or owner. 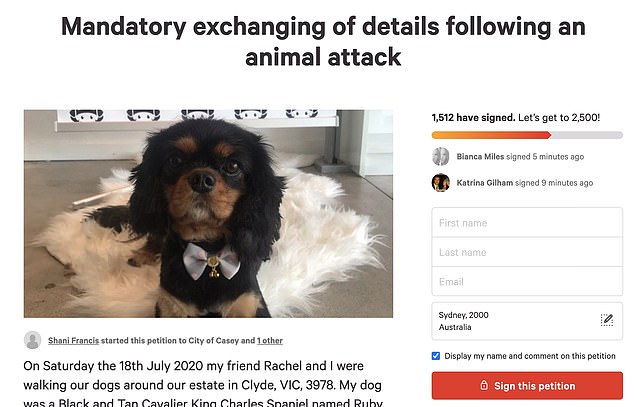 Ms Francis has since decided to take matters into her own hands by starting a change.org petition (pictured) to enforce ‘mandatory exchanging of details following an animal attack’