A convicted murderer is suing her former attorney claiming that the former head of her defense team had broken their attorney-client privilege to write a book.

Jodi Arias filed a civil lawsuit against L. Kirk Nurmi over a allegedly tell-all book about the sensational case that captured America’s attention in 2008.

The Arizona Republic reports the lawsuit, filed Tuesday, claims Nurmi unjustly enriched himself by publishing a book about the case before Arias has been able to appeal her conviction and life sentence for the 2008 murder of her lover, Travis Alexander.

Nurmi said in an emailed statement that when Arias failed at controlling the case, she tried to ruin his career and his reputation.

Nurmi surrendered his license to practice law last November after a Bar complaint was filed on Arias’ behalf because of the book, which Nurmi titled ‘Trapped with Ms. Arias.’ 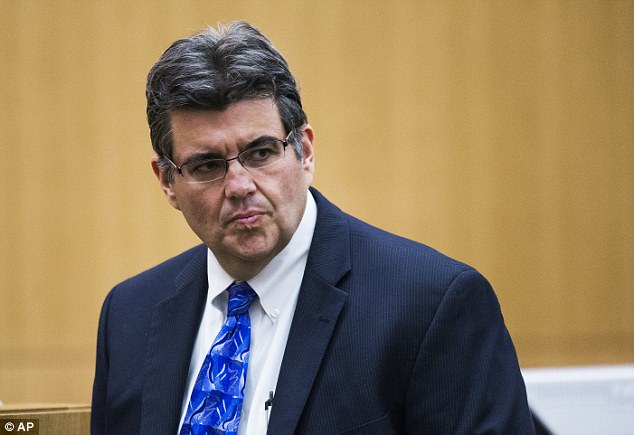 Arias is suing her former attorney for revealing personal and confidential information in the book ‘Trapped with Ms. Arias: Part 1 of 3 From Getting the File to Being Ready for Trial’

‘Since his representation of Plaintiff ended Nurmi has made numerous public statements about his client via traditional media (including on televisions, radio, in print, etc.) as well as via the internet and on social media for the purpose of marketing the book and increasing sales,’ the lawsuit reads.

Nurmi, the law suit claims, wrote the book in order to ‘redeem his public image as a lawyer, which he claims was tarnished by his representation of Plaintiff.’

It also accuses Nurmi of having a ‘preoccupation with the sexual nature of the case’ and claims that the former attorney has an ‘utter hatred’ for Arias.

‘Nurmi had a disturbing, sexual fascination with the case and with Plaintiff and demonstrated a sexist, chauvinistic, domineering, disparaging, demeaning and belittling way of dealing with Plaintiff,’ according to the lawsuit. 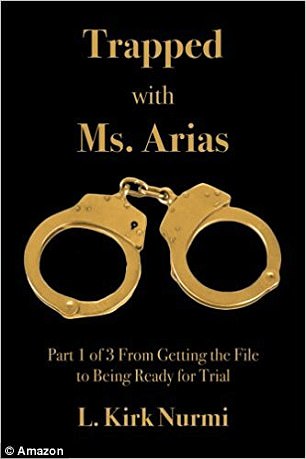 ‘In many references in his book, both overt and implied, Nurmi asserts that Plaintiff flirted with him and actually perceived him as ‘her boyfriend.’ This is false.’

In response, Nurmi said he intends to fight the charges ‘with vigor.’

‘Standing up to the abuse Ms. Arias imparted upon me over the years was an important part of my personal transformation and I will continue to fight this battle with vigor as I defend against this lawsuit which is best viewed as a continuation of Ms. Arias’ pattern of attacking men whom she feels have wronged her,’ Nurmi wrote.

Arias was convicted in 2013 of first-degree murder in the 2008 slaying of her boyfriend, Travis Alexander, who was shot dead, stabbed repeatedly and had his throat slit at his home in suburban Mesa, Arizona.

After two separate death penalty juries were unable to decide whether Arias should be executed for her crime, she was handed a life term without the possibility of parole.

The lawsuit alleges that Nurmi wrote the book to ‘redeem’ himself in the public eye, adding that he disclosed confidential information, including privileged communications, about his client along with his mental impressions of the case. 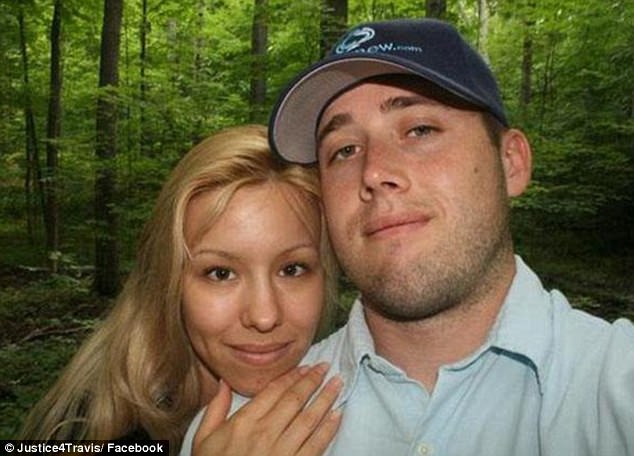 Arias was found guilty of murdering Travis Alexander (pictured right) in 2013, five years after his death