Killing Eve star Jodie Comer’s on-screen outfits are to die for… but they’ve sold out already!

Killing Eve star Jodie Comer’s on-screen outfits are to die for… but they’ve sold out already!

For some, it’s the intricate plotting and Jodie Comer’s brilliant performance that have made Killing Eve such a hit.

For others, however, it’s her Russian assassin’s designer wardrobe that keeps them glued to the BBC drama.

In the second series, which is currently airing on Saturday nights, 26-year-old Miss Comer’s Villanelle wears outfits costing at least £20,000 in total.

But fans hoping to emulate her look may be disappointed. Many of the clothes sold out within minutes of each episode airing in America, where the entire series has already been broadcast.

One episode sees Villanelle in a £2,355 green satin coat by Jason Wu, above, while elsewhere she is seen in a black mourning dress. The price for the latter is unknown, but given that it’s vintage Alexander McQueen it won’t have been cheap.

Episode six finds her wearing a £1,393 striped double-breasted wool-blend blazer by Loewe, and in the next episode she is in a £708 slashed velvet jumpsuit by Diane von Furstenberg.

Another expensive outfit is episode eight’s £745 red peplum blouse and £1,254 high-rise wool-crepe tailored trousers, both by Lanvin, cinched in with a Dionysus leather belt by Gucci costing £511 – making £2,510 in total. Other outfits include a £1,242 bomber jacket by Dries Van Noten and a £1,110 black floral print silk-satin robe by Meng.

For fans without bottomless purses, Villanelle also wears a £19 camisole top by Topshop and a £116 jacket by Anthropologie. Sadly for shoppers on a budget, both sold out almost instantly. 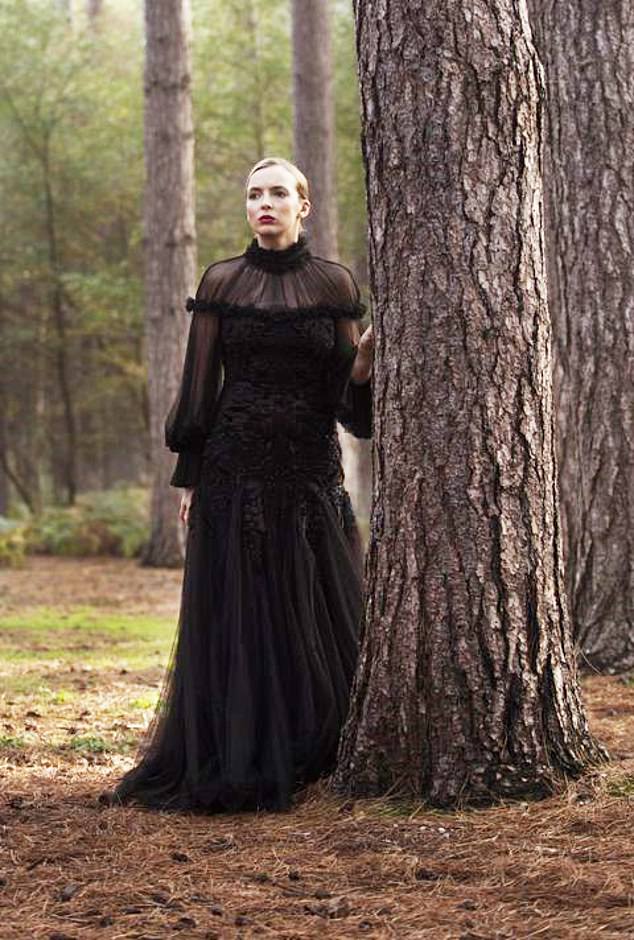 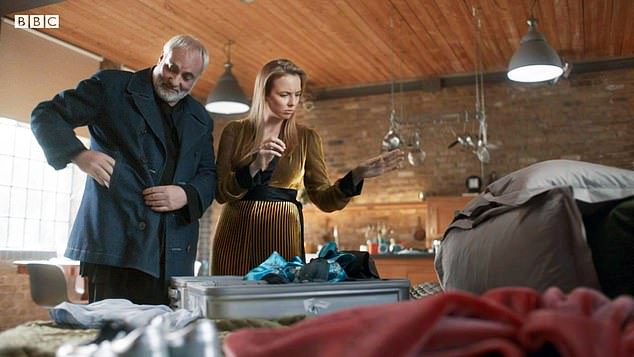 Jodie in a scene from Killing Eve in which she is wearing a velvet slash jumpsuit by Diane von Furstenberg, price £470 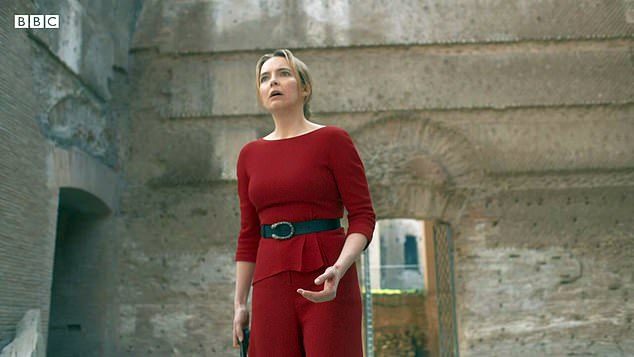 Jodie sports an eye-catching peplum top and trousers by Lanvin, with a total price of £1,999. She accessorises it with a £511 Gucci belt