Kim Anh Vu was lying dead in the driveway in Pennington, Adelaide, SA, for two hours

The heartbroken daughter of a Vietnamese mum who was struck by her own black Mercedes out the front of their family home says her three little siblings are now ‘all alone in Australia’.

Kim Anh Vu’s lifeless body was lying in the driveway for two hours before she was discovered by her son Thien at 7.30am on Thursday in Pennington, north-west Adelaide.

The 21-year-old panicked and called a family friend, before a kind-hearted passer-by saw the 45-year-old single mum lying under the vehicle and called emergency services.

Ms Vu’s oldest daughter Huong, 24, told Daily Mail Australia that her family are at a complete loss as to how the tragic events on Thursday morning unfolded. 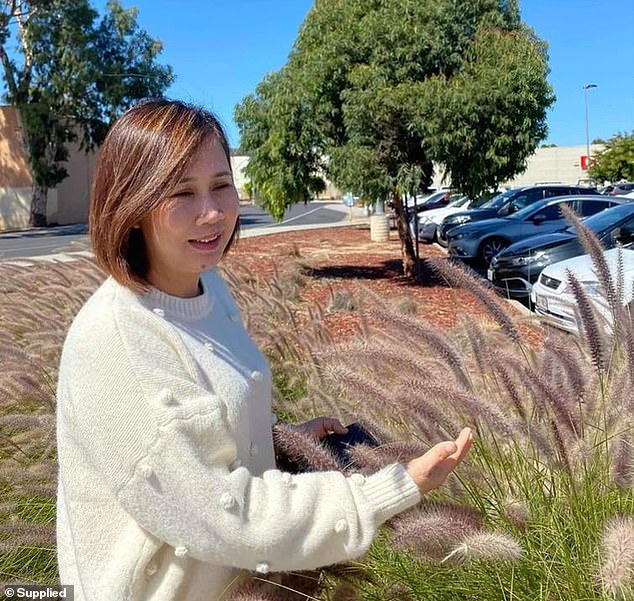 Detectives said Ms Vu’s death is not being treated as suspicious, and believe she may have left the car in gear when she got out to open the gate.

‘The car might have rolled back [and hit her], but we’re still investigating,’ a police spokesperson told Daily Mail Australia.

Huong remembered Ms Vu as a ‘great mum’ who found it difficult to make friends with her limited English, and felt ‘a bit lonely’ in Australia.

‘But she still tried to work so she could feed my siblings and give them a home.’ 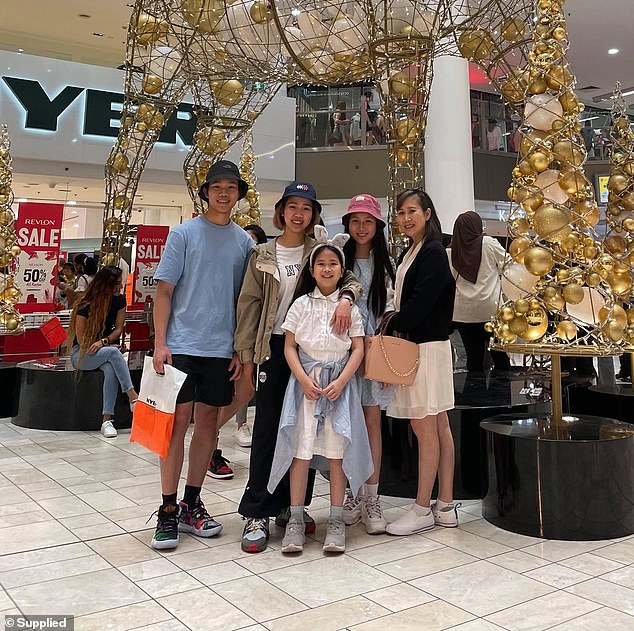 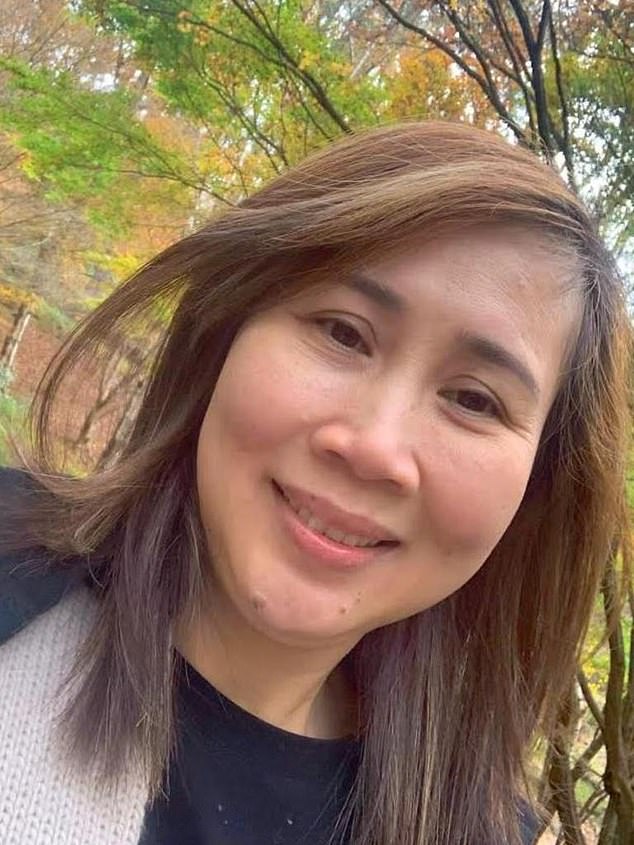 Kim Anh Vu, 45 (pictured), was found dead underneath her car in the driveway of her Pennington home in Adelaide’s north-west

Huong lives in Melbourne where she works in a meat factory, like her mother did in Adelaide, but flew straight to South Australia when tragedy struck her family on Thursday.

Due to Victoria’s worsening Covid crisis, Huong has to stay in a quarantine hotel for 14 days before she can see her brother Thien, and her little sisters Minh, 14, and Nhien, nine.

The young woman explained her family moved from Vietnam with their step-father two years ago, but the couple broke up a few months ago.

‘My step-father is looking after my siblings now, but I want to move to Adelaide so I can get a house and pay for them to go to school,’ she said.

‘My real dad lives in Vietnam and he sent some money for school, but I am the only one in Australia who can work now.’ 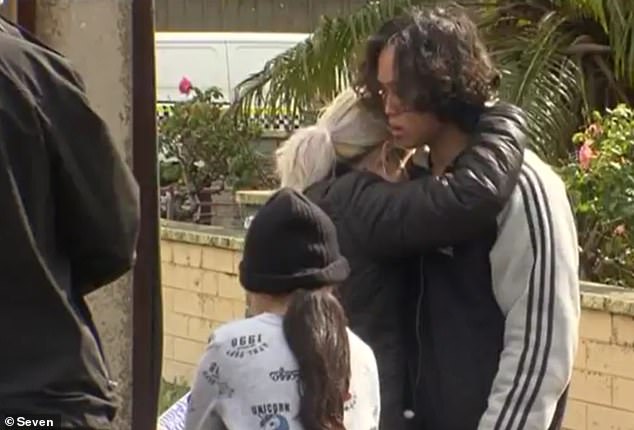 Huong’s visa is currently being sponsored by the factory she works for, but she’s afraid that she won’t get sponsorship and will lose the right to work in Australia if she leaves her job for another in Adelaide.

‘I’m fighting to move in with my siblings to take care of them,’ Huong said.

In another blow for the Vu family, Huong can’t work at the moment due to a hand injury she sustained at the meat factory, and has no idea how she’ll pay the family’s rent, bills, schooling and food bills.

With nowhere else to turn, Huong made a Go Fund Me campaign to ask the community for donations.

‘Please we need your help, no matter how much you can give,’ she wrote.

‘This money will help us a lot to move on and [pay] for my two little sisters to study.’ 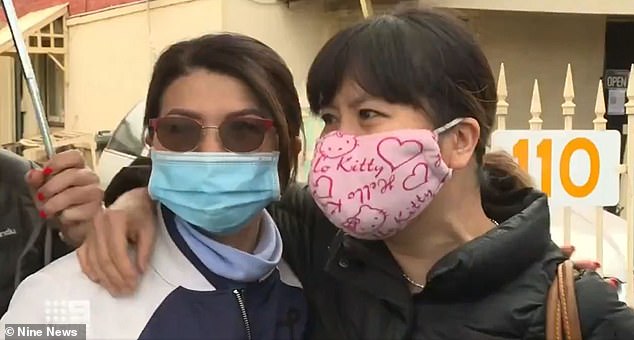 Heartbroken friends and family rushed to the home of the mother after hearing the awful news.

We are all going to miss her and she will deeply be remembered by all of us,’ a close friend told 9News.

‘Her son called my friend here this morning and then we were really shocked.

‘We worry about her children now… we will look after her kids.’

Ms Vu was described as a ‘generous loving mother’ who was very ‘caring’.

‘They’re a very quiet and very respected family. It’s just a tragedy and I don’t know how it happened,’ Jodie Belperio who lives two houses down on Addison Street told the Adelaide Advertiser. 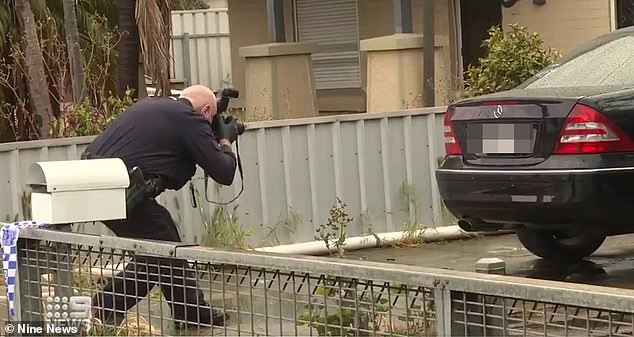 ‘I’d see that car coming in and out of the driveway all the time. It’s just tragic, I don’t understand really, life’s short.’

One local described see firefighters jacking up the car at the scene.

Ms Belperio explained she’s very concerned about what will happen to Ms Vu’s Children because the house is a rental.

‘It’s broken my heart. She’s got four beautiful kids that needed her,’ she added.

Ms Vu’s car was towed away from the scene by investigators for forensic analysis.

A report on her death will be now be prepared for the state coroner.