Kim Jong-un reportedly ordered for North Korean man to be shot by firing squad for illegally selling films and music, while his family were forced to watch his execution.

The father, whose surname was Lee, was arrested in Wonsan, Gangwon province, before allegedly being executed 40 days later in front of a crowd of 500 people.

Lee, who was a chief engineer at the Wonsan Farming Management Commission, was accused by authorities of ‘anti-socialist acts’ for trading the South Korean videos, a source told Daily NK.

The publication claimed that Lee was caught by the daughter of his ‘people’s unit’ leader, or neighbourhood watch group, while secretly selling the films and music.

Lee was executed just 40 days after he was arrested while his wife, son and daughter were forced to stand in the front row and watch his final moments.

Kim Jong-un (pictured) reportedly ordered for North Korean man to be shot by firing squad for illegally selling films and music, while his family were forced to watch his execution

North Korean authorities reportedly ruled: ‘This was the first execution in Gangwon Province for anti-socialist acts under the anti-reactionary thought law.’

Authorities said people used to be sent to labour or re-education camps, but added that ‘reactionaries should not be allowed to live without fear in our society’.

The ‘anti-reactionary thought law’, which brought in execution for anti-socialist behaviour last year, is believed to be supreme leader Kim Jong-un’s crackdown to ban outside influences.

The source said that after the guilty verdict was given, Lee’s ‘lifeless body was rolled into a straw sack and loaded into a box, and then taken somewhere’.

They continued: ‘The family’s neighbours burst into tears when they saw the four security guards picking up Lee’s collapsed wife and throwing her [into the van] like a piece of luggage, but they had to clamp their mouths shut and weep in silence for fear of being caught in the criminal act of having compassion for a reactionary.’

Lee reportedly confessed to selling the CDs and USBs, and authorities are said to be hunting down people who bought the content from him, believed to have been sold for between five and 12 dollars. 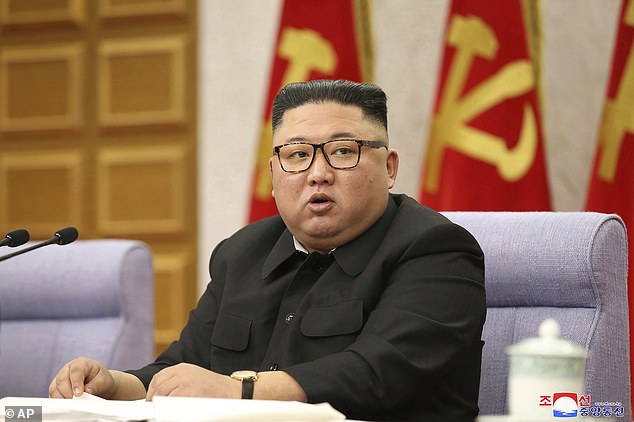 The ‘anti-reactionary thought law’, which brought in execution for anti-socialist behaviour last year, is believed to be supreme leader Kim Jong-un’s (pictured) bid to ban outside influences

There are a further 20 other people who are in the process of being prosecuted after being accused of selling South Korean music and films, the publication reported.

Orphans allegedly ‘volunteered’ to work in state-run mines and farms in North Korea to ‘repay the love the party showed’, according to Daily NK.

Around 150 children from two state-run orphanages have reportedly ‘volunteered’ to work in ‘difficult and labor-consuming fields’.

The Korean Central News Agency said: ‘Dozens of orphan children rushed out to the Chonnae Area Coal-mining Complex to fulfill their oath to repay even just a millionth of the love the party showed.’

Ceremonies to ‘congratulate’ the orphaned children for ‘volunteering’ to work were reportedly held on May 26 at the Tonghae and Sohae Schools for Orphans.

The source added: ‘Nowadays, if you are caught watching a South Korean video, you receive a sentence of either life in prison or death, so nobody knows who will be executed next.

‘You can receive a seven-year sentence just for not reporting someone. The entire population is shaking with fear.’

It comes after a report claimed that Kim Jong-un executed a University minister after he ‘complained’ about work and didn’t hold ‘enough Zoom calls’, according to The Sun.

The North Korean dictator was said to have sentenced the leading chairman to death after a ‘failure to ‘implement the Distance Education Act’.

Meanwhile, Kim Jong-un, 37, has also declared a war on cats and pigeons and has ordered authorities to ‘eliminate’ them as he believes the animals are spreading Covid-19.

Authorities along the border have been seen shooting at birds and searching for cats as the supreme leader believes they are bringing coronavirus from China.

And a family-of-four in Hyesan, Yanggang Province, were placed in an isolation facility on May 24 for secretly raising a cat, Daily NK reported.

A source told the publication: ‘The family was given a punishment of 20 days in isolation for illegally raising the cat following an order not to do so in the [Sino-North Korean] border region.’

The family reportedly told authorities that their cat had died but the cat was then spotted on May 22 near a fence on the border.

The family were said to have been sentenced to 20 days in isolation and were not allowed to stay in their own house, while the cat was captured taken away.

But many people expressed their disbelief that the cat would have been able to cross the river into China and then return again, the source added. 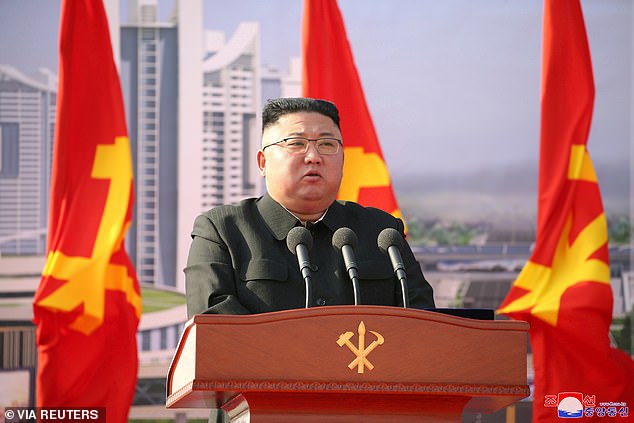 The country will be ripped down ‘like a damp wall’ if more is not done to stop the ‘invasion of a capitalistic lifestyle’, a state-run newspaper claimed.

Those who repeatedly flout strict laws on fashion – including a ban on colourfully-dyed or spiked up hair and piercings – will be sent to labour camps under laws put in place by dictator Kim Jong-un in December.

Those who don mullets also face these impossibly harsh consequences.

North Korean newspaper Rodong Sinmun – which is owned by the ruling Worker’s Party – wrote on Thursday: ‘History teaches us a crucial lesson that a country can become vulnerable and eventually collapse like a damp wall regardless of its economic and defence power if we do not hold on to our own lifestyle.’

It went on to say: ‘We must be wary of even the slightest sign of the capitalistic lifestyle and fight to get rid of them.’

North Koreans can choose from between 15 approved hairstyles under the country’s laws, it has been claimed.