Kim Jong-un was there in person to oversee the launch of North Korea’s latest long-range ballistic missile test which flew 1,700 miles over Japan.

Pyongyang said it was a Hwasong-12 intermediate range missile that the North first tested in May and threatened to fire into waters near Guam earlier this month.

South Korea’s Joint Chiefs of Staff said the missile traveled around 1,677 miles and reached a maximum height of 341 miles as it flew over the northern Japan. 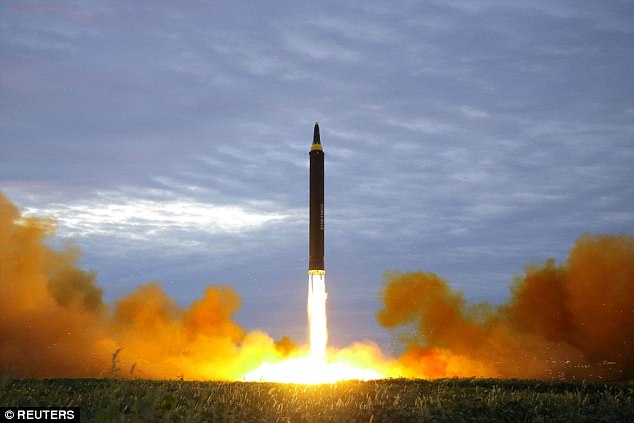 Kim expressed great satisfaction over what the North described as successful testing and said the country will continue to watch ‘US demeanors’.

He called the launch a ‘meaningful prelude’ to containing Guam, which is home to key U.S. military bases.

The leader was quoted as saying: ‘The current ballistic rocket launching drill like a real war is the first step of the military operation of the KPA in the Pacific and a meaningful prelude to containing Guam.’

Weeks ago, Trump had warned that North Korea would face ‘fire and fury’ if it issued threats to the U.S.

The U.S. led an effort for new sanctions against the rogue regime that were approved by the UN Security Council.

Within hours of Kim’s missile launch, South Korea had responded with an ‘overwhelming show of force’ by bombing a shooting range near its border to the North as part of a military drill, launching footage which contained a stern warning to Kim Jong-Un. 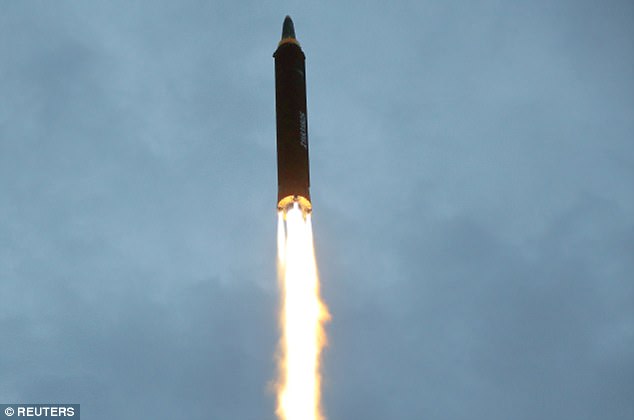 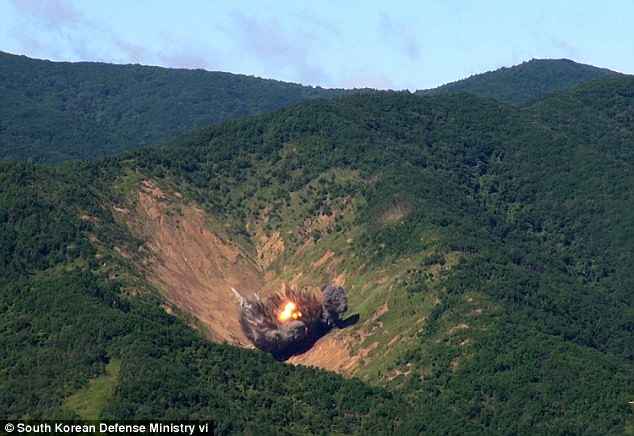 Response: A bomb hits a mock target at the Pilseung Firing Range in Gangwon-do, South Korea near the border to the North after  on Tuesday as the South continues military drills 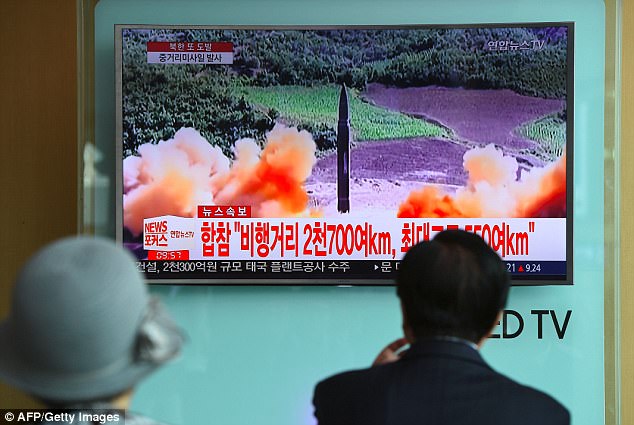 Living in fear: South Koreans watch file footage of a North Korean missile launch, at a railway station in Seoul after the North fired a ballistic missile over Japan and into the Pacific Ocean

Seoul dropped eight Mark 84 bombs with four F15K fighter jets near Taebaek, Gangwon-do province, and released footage of the drill along with a video of its own ballistic missile tests conducted last week.

A statement from Seoul later on Tuesday echoed this sentiment, saying South Korea is ‘fully ready for any threat from the North’.

‘We strongly condemn the North’s yet another provocation despite a grave message sent through Resolution 2371 adopted by the international community in the wake of its repeated strategic provocations,’ the government said in a statement published by Yonhap news.

‘We are fully ready for any threat from the North and will make unwavering efforts to protect the lives of our people and the security of our nation,’ it said. 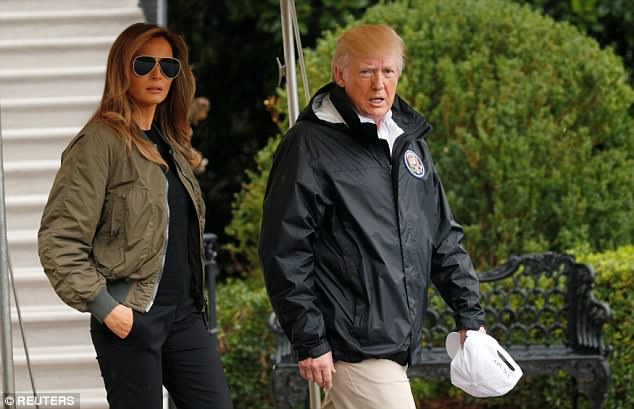 In the wake of the launch, Trump spoke with Japanese Prime Minister Shinzo Abe.

According to a readout released by the White House, ‘The two leaders agreed that North Korea poses a grave and growing direct threat to the United States, Japan, and the Republic of Korea, as well as to countries around the world.’

‘President Trump and Prime Minister Abe committed to increasing pressure on North Korea, and doing their utmost to convince the international community to do the same,’ according to the statement.

The rocket launched by North Korea this morning broke into three pieces off the coast of Hokkaido and landed in the Pacific Ocean, around 700 miles east of Cape Erimo, after travelling 1,700 miles in eight minutes.

Japanese military did not attempt to shoot down the rocket, reportedly a mid range ballistic missile designed to carry a nuclear payload.

North Korea’s UN ambassador has blamed the U.S. for ‘driving the peninsula towards an extreme level of explosion’ by joining the South for war drills in the Pacific, calling today’s missile test ‘justified’.

Han Tae Song set to attend a United Nations Security Council meeting in Geneva later today, did not explicitly refer to his country’s latest test firing of a ballistic missile that flew over Japan into the sea earlier in the day. 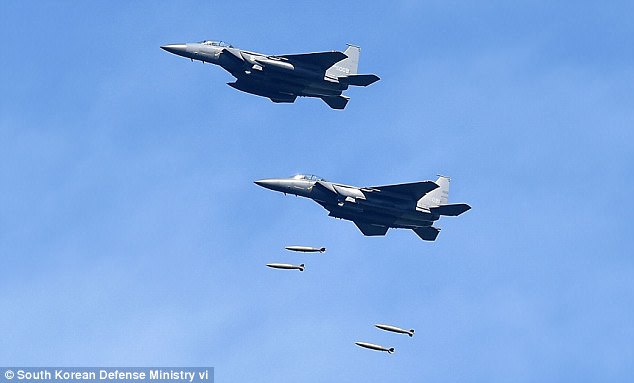