Kim Kardashian and Kanye West’s surrogate is in labor.

TMZ reported on Thursday night that the power couple are currently at the hospital and their fourth child – a boy – is on the way.

It remains unclear if the 41-year-old rapper and 38-year-old reality star will be in the delivery room though Kim was during the birth of daughter Chicago.

DailyMail.com has reached out to Kim and Kanye’s representatives for comment.

On the way: Kim Kardashian and Kanye West’s (pictured together at the Met Gala on Monday) surrogate is in labor according to TMZ Thursday night

Back in January, Kim confirmed that they were expecting their fourth child during an appearance on Watch What Happens Live.

Though she also confessed to spilling the beans when she had too much to drink at their star-studded Christmas Eve party.

She told Andy Cohen: ‘I got drunk at our Christmas Eve party and told some people. I can’t remember who I told because I never get drunk.’ 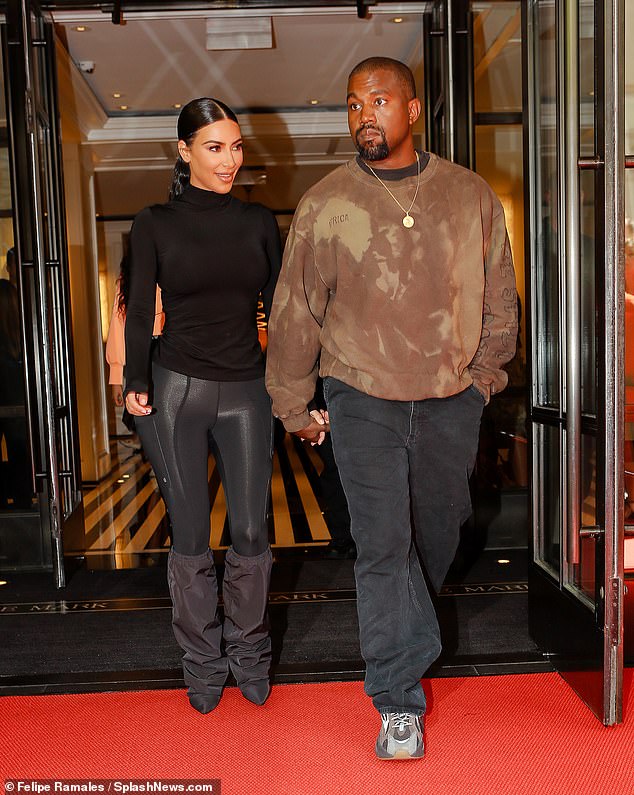 Interesting: It remains unclear if the 41-year-old rapper and 38-year-old reality star – pictured in New York on Tuesday – will be in the delivery room though Kim was during the birth of daughter Chicago

She battled with life-threatening condition placenta accreta during her two pregnancies and has been warned by her doctor to not carry her own baby again.

The condition occurs when all or part of the placenta remains attached to the uterine wall after childbirth.