She’s known for her impeccable style and fashion-focused empire.

And Kim Kardashian proved once again that her talents are unlimited as she gave a sultry pose in a sparking dress for an image in Vogue India.

The 37-year-old reality television star showed some serious skin wearing a backless nude dress after sparking a bit of controversy by wearing a traditional lehenga skirt in her latest glossy fashion spread.

Wow! Kim Kardashian proved once again that her talents are unlimited as she gave a sultry pose in a sparking dress for an image in Vogue India

Her tanned and toned figure was on full display as she perched one leg above a marbled bench.

Sparkling gold sequins wrapped around her arms and into a flirty ruffled skirt, with sheer material bunched along her waistline.

In another image, the mother-of-three was dressed in a patterned skirt, dupatta (shawl) and blouse from Anita Dongre – the Indian label that went stratospheric after the Duchess of Cambridge wore one of its designs in 2016 – for the shoot in LA. 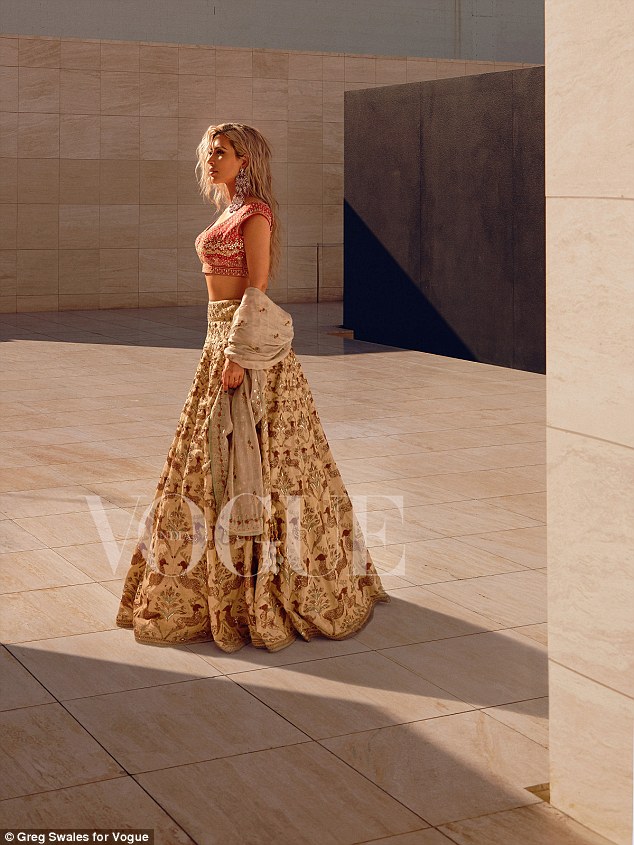 Trouble: Readers were not only angered by Kim’s choice of outfit – labeling it ‘tragic’ – they also questioned the magazine’s decision to feature the star on the cover rather than an Indian woman

And readers were not only angered by Kim’s choice of outfit – labelling it ‘tragic’ – they also questioned the magazine’s decision to feature the star on the cover rather than an Indian woman.

Posing for photographer Greg Swales, Kim spoke about growing up in her famous family, documenting her everyday life on camera, and building her business empire. 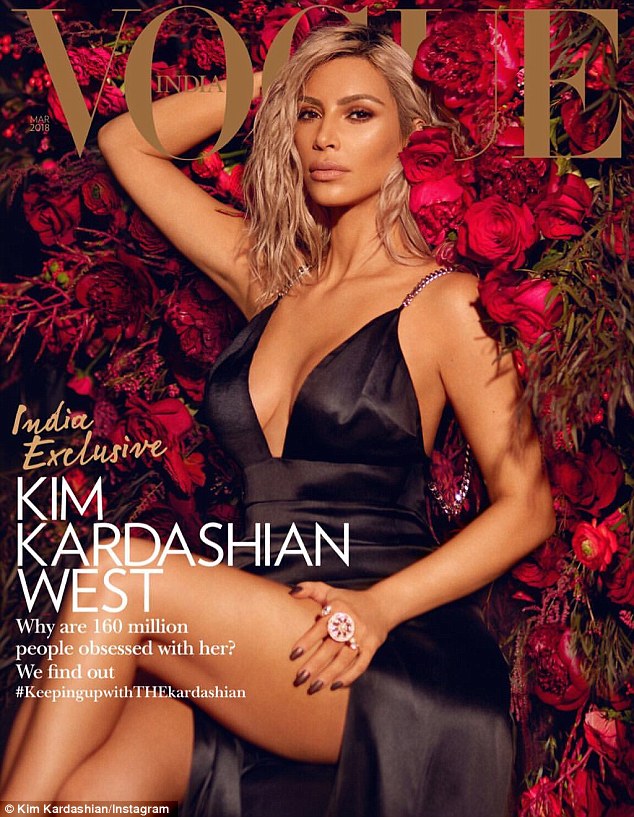 Controversy: The reality star turned businesswoman posed on the cover of Vogue India for its March issue, but her casting and choice of outfit has angered readers on social media

But one reader wrote: ‘Umm Kim K for Vogue India? Wearing a lehenga?’

Another reader blasted: ‘I can’t believe @VogueIndia featured Kim Kardashian on their cover as if we don’t see her featured on a different magazine every day.

‘India’s Vogue should embrace and feature their own south Asian women instead of choosing someone from pop culture.’

One even accused the fashion bible of ‘perpetuating a detrimental cycle of underrepresentation’, adding: ‘Stop white washing your own damn culture.’

Backlash: Readers were not only angered by Kim’s outfit – labelling it ‘tragic’ – they also questioned the magazine’s decision to feature her on the cover rather than an Indian woman

However not everyone was upset by the cover; The Quint praised the ‘stunning’ images, writing: ‘Kim Kardashian in an Indian label – yes, it finally happened.’

Others were quick to point out that Vogue India only feature international models ‘once in a blue moon’  – with the majority of their cover stars being Indian.

Actresses Deepika Padukone and Kareena Kapoor were Kim’s predecessors – with one notable exception being Kim’s half-sister Kendall Jenner, who also raised eyebrows when she graced its cover in May 2017.

One reader blasted: ‘I can’t believe @VogueIndia featured Kim Kardashian on their cover as if we don’t see her featured on a different magazine every day’

In her Q&A with Vogue India this week, the reality television star admitted that she ‘didn’t actually’ imagine her incredible empire growing to the size it is today.

‘I thought I was just going to run my clothing store,’ Kim said. ‘I didn’t think [the show] would go beyond season 1 or 2. And then as things were happening, my mom and I were so excited.’

‘We didn’t even know what we were starting, but we knew we were in it together,’ she added. ‘We definitely made so many mistakes. At first, we would be involved in anything.

But it helped us work our way up to now, to launching a beauty brand completely by myself, and funding it all.’

Who is Anita Dongre?

The Duchess of Cambridge wore a £140 boho frock by Dongre while visiting Mumbai with husband William in April 2016 – and quickly sent sales stratospheric. 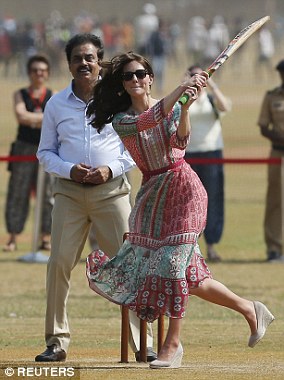 The little known Mumbai-born designer was immediately thrust into the spotlight after Kate donned the pink and green frock on her first day of her Indian royal tour.

The dress, priced at Rs 14,000 (£147), was soon in huge demand with orders coming in from all over India and even as far as US and UK thanks to its pretty georgette fabric, inspired by Jaipur prints.

Queen Mathilde of Belgium is a fan of the Indian label too, and wore one of their vibrant designs during a tour of India in November 2017.

In 2016, MailOnline revealed how the seamstress who made Kate’s now-famous dress takes home Rs 7,500 (£75) a month plus benefits – equivalent to roughly £3 a day – as a finishing lady for the House of Anita Dongre, in Navi Mumbai, outside Mumbai.

She contributed towards the dress worn by Kate by adding the tassels to the scarf – which was then redesigned into a belt – and was overjoyed to see ‘a big name’ wearing her work once she had realised who Kate was.