Kim Kardashian’s Met Gala crash diet where she lost 16lbs in three weeks by cutting out sugar and carbs could make you GAIN weight, nutritionist warns

The reality star, 41, slashed her calorie intake and went for daily runs on a treadmill to fit into Marilyn Munroe’s dress for the Met Gala this week.

But Dr Deborah Salvatore, from Long Island University in New York, warned the plan could lead to regaining all the weight lost plus extra because someone will just revert to their old diet, rather than adopting a healthier one.

Her colleague Dr Laura Feldman said rapid weight loss could also slow down the metabolism, making it harder to lose weight because the body is now burning less calories every day.

Dietitians further added that people on the diet could be at risk of dehydration, and be left feeling irritable, light-headed or fatigued.

Kim Kardashian slashed her calorie intake and went for daily runs so that she could fit into Marilyn Munroe’s dress for the Met Gala (pictured). Dietitians have warned against the plan

They warn rapid weight loss diets are only recommended for people who are obese, but say no one should stay on these for longer than 12 weeks. 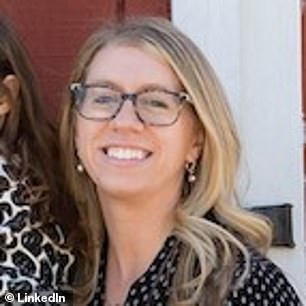 Asked about Ms Kardashian’s rapid weight loss, Dr Salvatore told Fox News: ‘A lot of the time quick weight loss is water weight from being dehydrated, [but] it could also be from drastic restriction which could lead to disordered eating.

‘These types of dieting practices aren’t sustainable and could lead to the weight coming back plus a few extra pounds.

‘We really shouldn’t think of dieting; it should be lifestyle changes that you can sustain.

‘Cutting out entire food groups is not sustainable and can lead to weight loss followed by weight re-gain plus additional pounds because the practices are too extreme.’

Dr Feldman warned the news publication that as well as slowing the metabolism, the diet could also lack all the required nutrients.

She said: ‘Eliminating carbs can often lead to people feeling light-headed, fatigued and having difficulty concentrating.

Other celebrities have previously used crash diets to lose weight including singer Jessica Simpson, who lost 100lbs in six months in 2019.

People are generally warned not to go on a rapid weight loss diet because of the associated health risks.

But those who are obese may be recommended a very low calorie diet — eating less than 800 calories a day — to help them shed the pounds.

Doctors say although these diets can lead to rapid weight loss they are ‘not a suitable or safe method for everyone’.

Anyone using the plans should only be on them for 12 weeks, and should be monitored by a supervisor.