Olivia Pierson, gal pal of Kim Kardashian, showed off her underwear look in a social media post on Wednesday.

The social media influencer struck a pose while she modeled a bra and panty set from Lounge Underwear.

Her post was captioned: ‘My sister was laughing at my “trying to model” posing @loungeunderwear ad.’

The 33-year-old wore a brown push-up bra and matching underwear that went around her waist with a single string. She also wore a brown zip-up sweatshirt that hung open to show off her curvy figure.

She posed with her arms in the air to show off more of her toned stomach, and she had a glowing smile on her face.

In the second photo, the model wiped off the smile and stared directly at the camera. Her arms crossed the sweatshirt over her chest but still left her stomach and underwear in view.

The WAGS LA star became a member of the Kardashian inner circle after her entrance into Hollywood and has reaped the benefits. 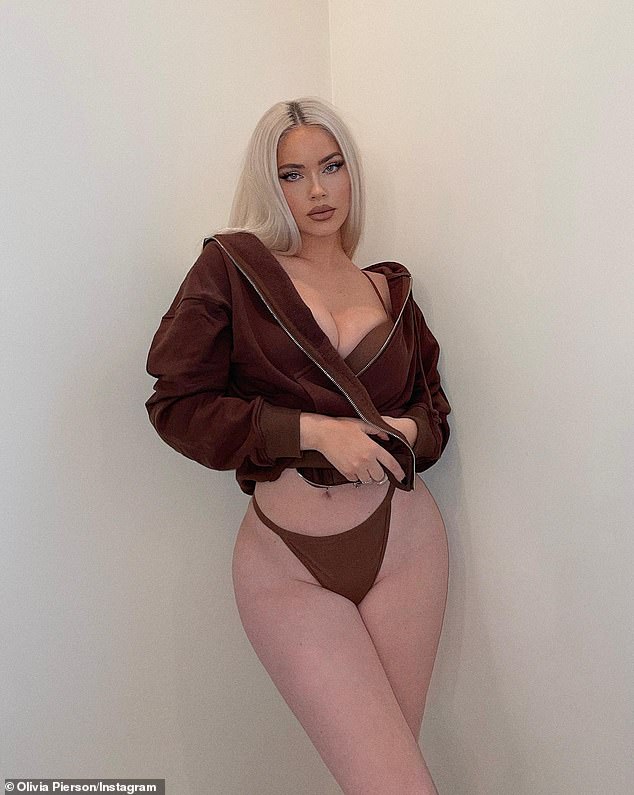 Striking a pose: The bombshell wore a matching brown set paired with a brown zip-up hoodie

The blonde beauty was invited to Kardashian birthday parties, attended events, and dressed up with them for Halloween.

This past Halloween, Pierson stunned as Magik from the Marvel Cinematic Universe alongside Kim, who dressed as Mystique, and Pierson’s cousin Natalie Halcro, who was as Selene.

The group has also gone on several vacations together and shared several posts of them stunning on social media. 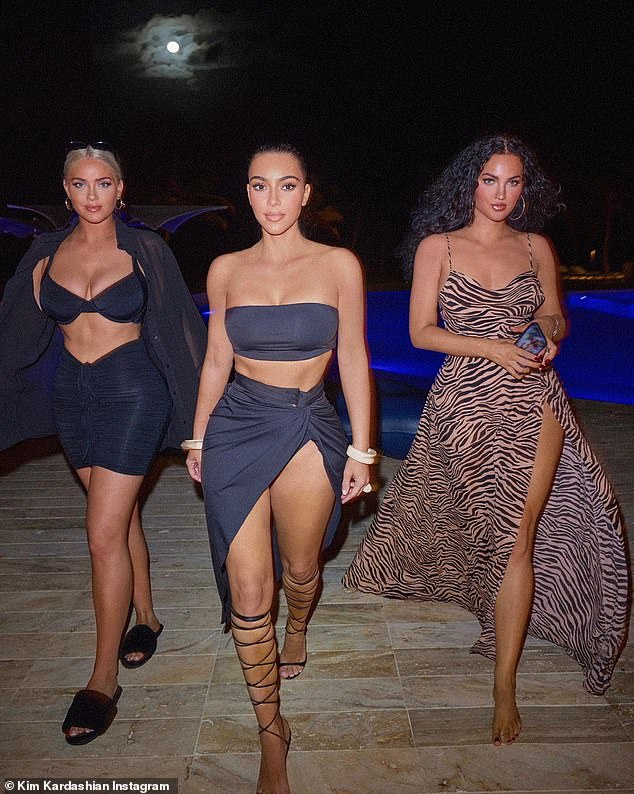 Girl group: The reality star became fast friends with Kim Kardashian and her family and attended several parties and trips with them

The bombshell starred on a reality TV show with Halcro called Relatively Nat & Liv, which followed the cousins and their families as they juggled their lives between the beauty and fame of LA.

The show ran for one season in 2019 and had eight episodes.

Recently, the beauty has taken on several different brand deals to showcase to her 3.8 million Instagram followers. 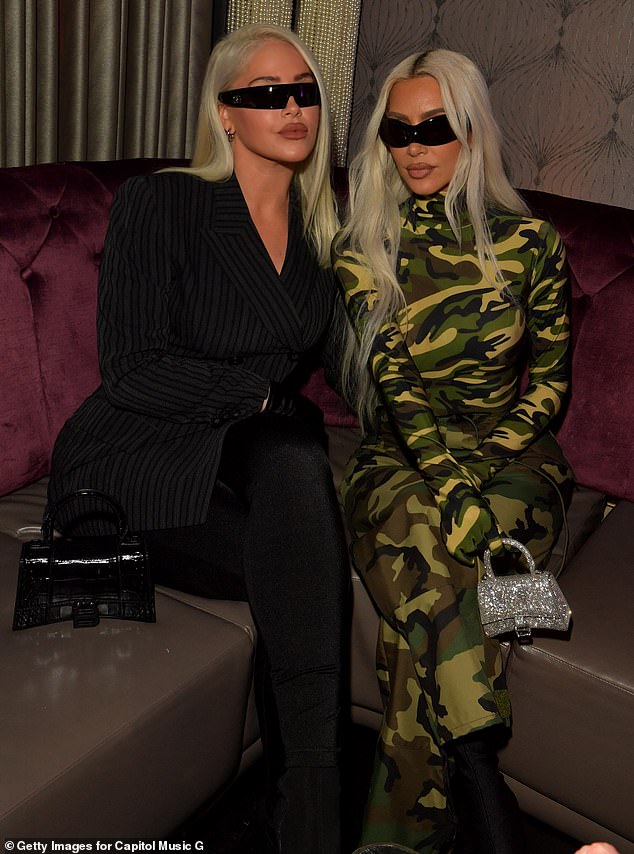 Besties: The blonde made a name for herself in Hollywood and has accumulated 3.8 million followers on Instagram and several brand deals