Now that’s how you throw a Christmas party!

The boyfriends of Christmas past and present were in joyous spirits under the Calabasas sky, as Kourtney’s ex Scott Disick was in attendance, as was her current beau, model Younes Bendjima.

Also seen at the luxe bash was songstress Christina Aguilera, and a number of prominent family and friends of the first family of reality television.

After a day of working out, Khloe showed up to the bash in a shimmering silver dress with her blonde locks pulled up and huge diamond earrings, preening for selfies and Snapchat clips, cradling her baby bump in one of the shots.

Kim had her hair relaxed and blonde, parted in the center, while posing with a number of happy party-goers. 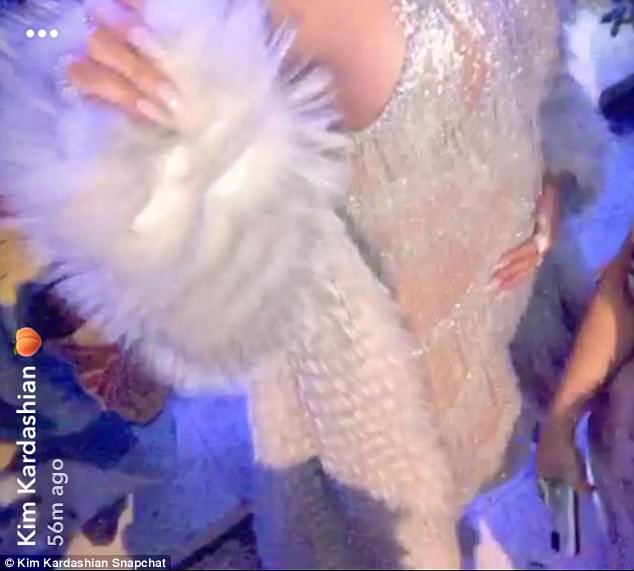 Baby bump: Kim focused on her sister Khloe’s baby bump, as the fitness expert is expecting her first child with boyfriend Tristan Thompson of the Cleveland Cavaliers 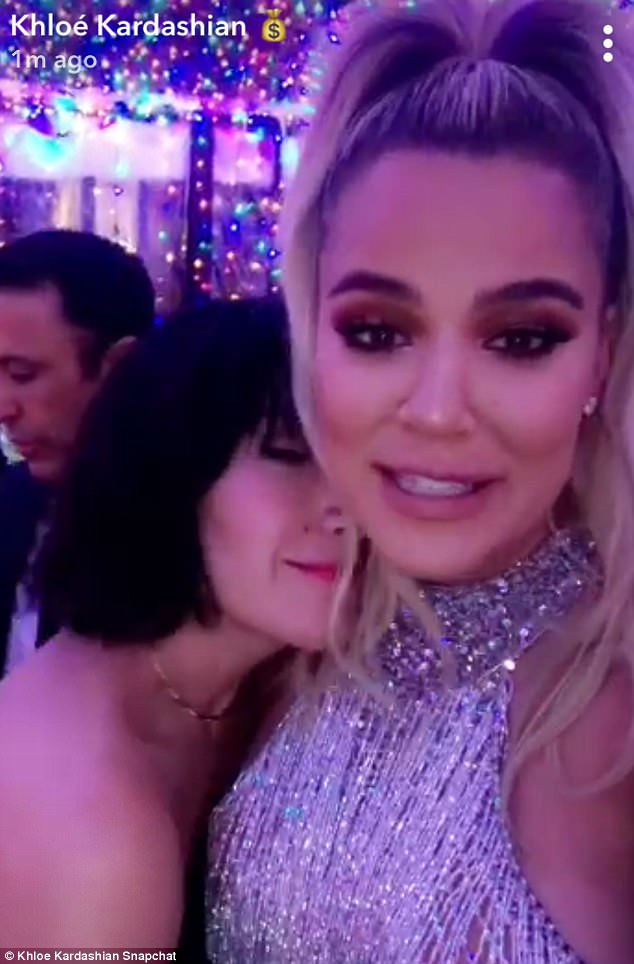 Beaming: The socialite looked to be in a phenomenal mood as she posed with friends at the bash 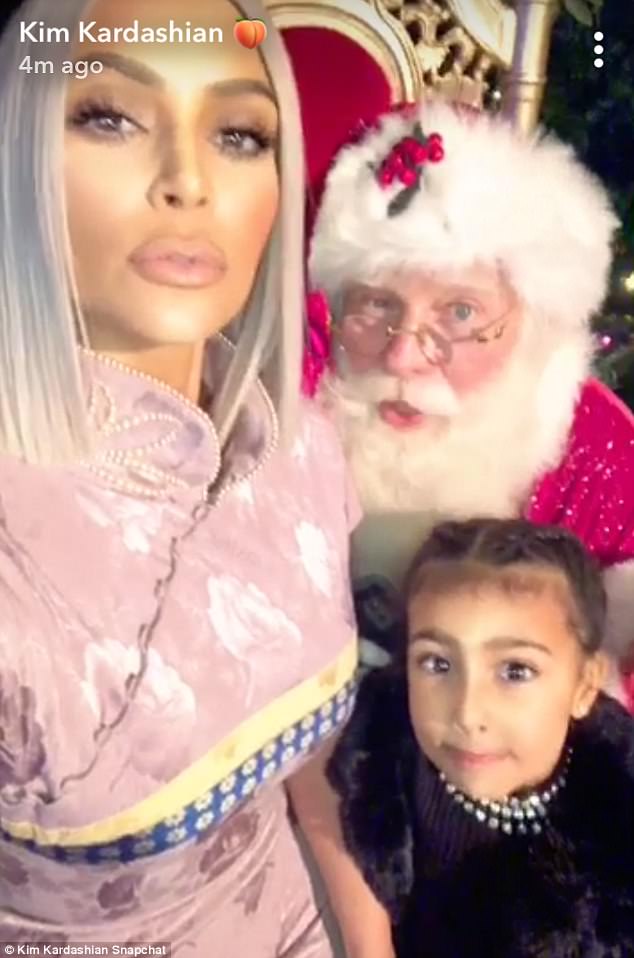 Festive fun: Kim and her daughter North posed with Santa at the party 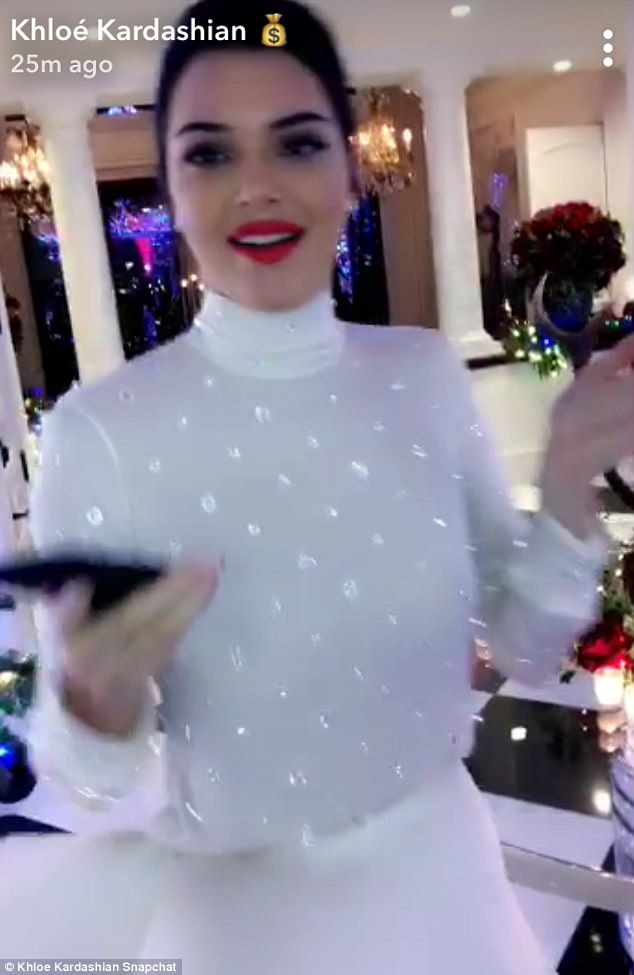 Chip off the ol’ block: Kendall Jenner bore a strong resemblance to her mom Kris as she wore an elegant white gown embellished with diamonds at the amazing social gathering 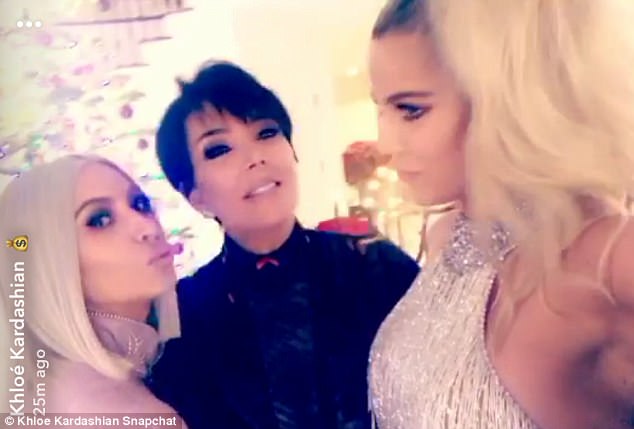 Center-of-attention: Mama Kris posed in between Kim and Khloe while celebrating 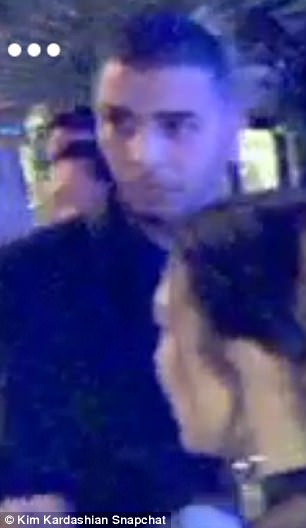 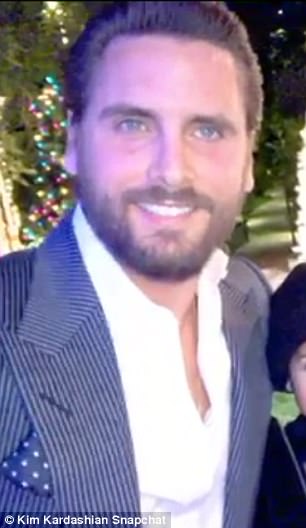 Kim also had her daughter North at the bash, as the mom and daughter took an adorable shot with a Santa Claus impersonator at the shindig.

Noteworthy were the Kardashian family and friends who were not immediately located in social media shots from the party, including Kylie Jenner, Rob Kardashian and Larsa Pippen, among others. 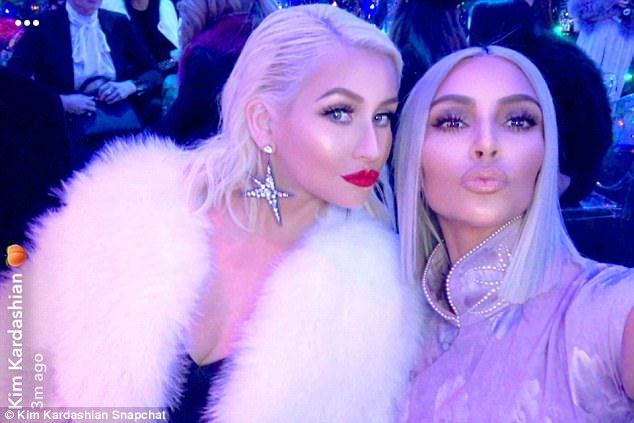 You are beautiful: Christina Aguilera and Kim preened for a glam shot 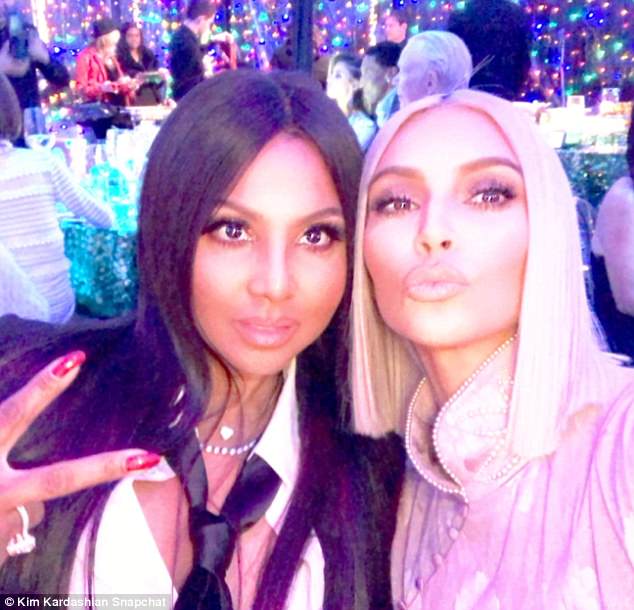 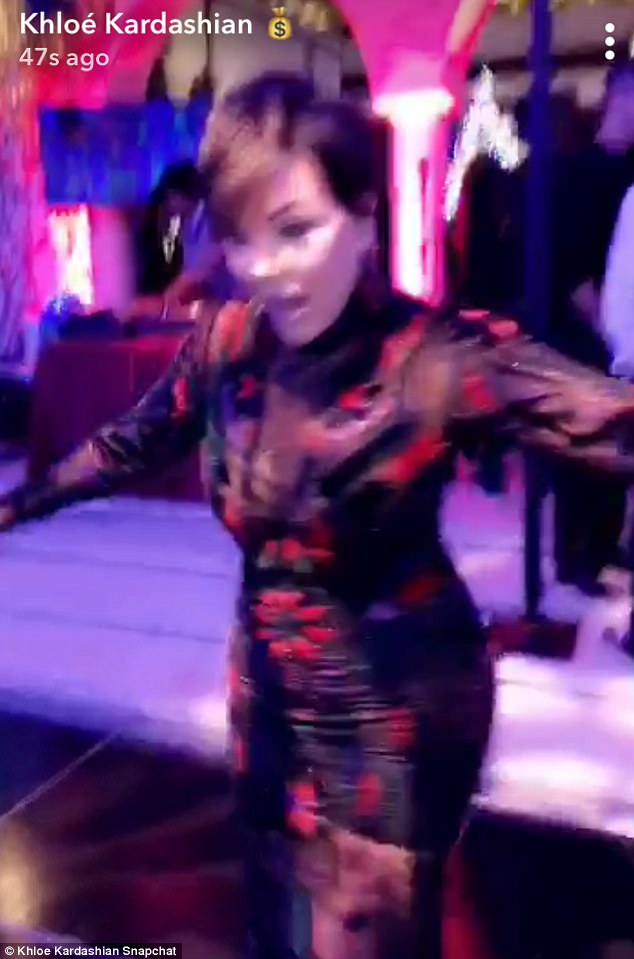 Getting into the spirit of things: Mama Kris looked to be dancing at the joyous affair 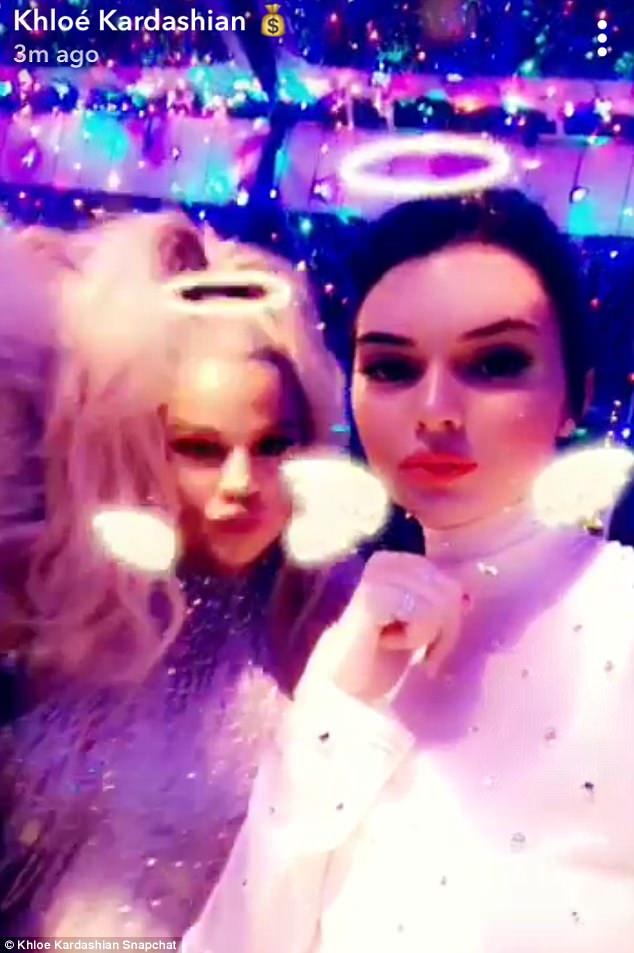 Heavenly: Khloe and Kendall went with an angelic filter for this seasonal snap 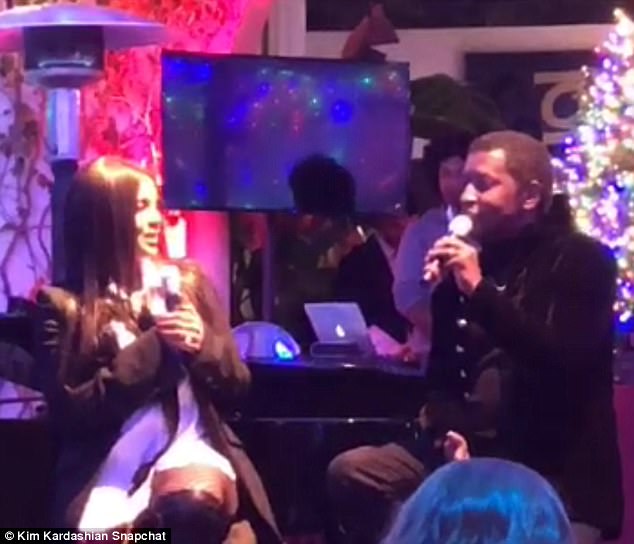 Best of the best: R&B icons Braxton and Babyface performed at the luxe party 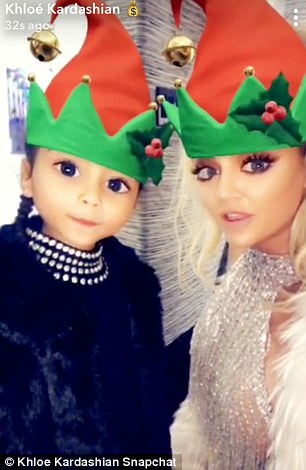 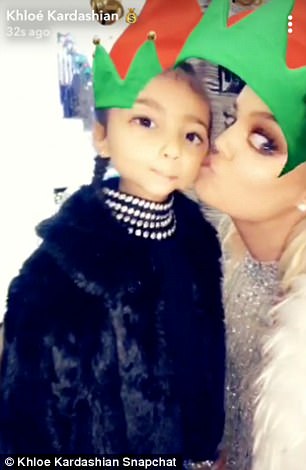 Adorbs: Khloe and North posed with an elf filter, and the proud aunt kissed the child on the cheek