King Charles spent the afternoon meeting with the Disasters Emergency Committee as he learnt about the response to humanitarian crises.

The new monarch, 74, looked serious and solemn as he listened to the damage caused by widespread flooging in Pakistan and hunger in East African countries, as well as other crises.

The Disasters Emergency Committee met the King at Buckingham Palace, where the Queen Consort also held a reception this afternoon to raise awareness of violence against women.

During his meeting, the King met with chief executives and aid workers at Buckingham Palace as they spoke about the Pakistan Floods Appeal, which has topped £38 million, the drought in East Africa and the situation in Afghanistan and Ukraine.

The monarch, who donated to the Pakistan appeal alongside the Prince and Princess of Wales, heard how millions have been left homeless in the country, which is facing a secondary health crisis due to waterborne and mosquito-borne disease.

The King was also updated on the hunger crisis in countries such as Ethiopia, Kenya and Somalia due to ongoing severe drought, described as the worst in living memory.

The group discussed the life-changing impact of money given by the public to DEC appeals and how climate change is affecting the world’s most vulnerable communities.

Charles’s meeting with the experts from the 15 charities which make up the DEC included a discussion on the broader humanitarian picture, including the situations in Afghanistan and Ukraine, the DEC said. 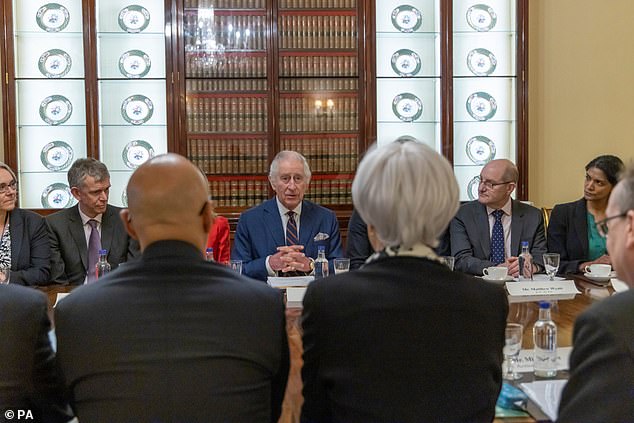 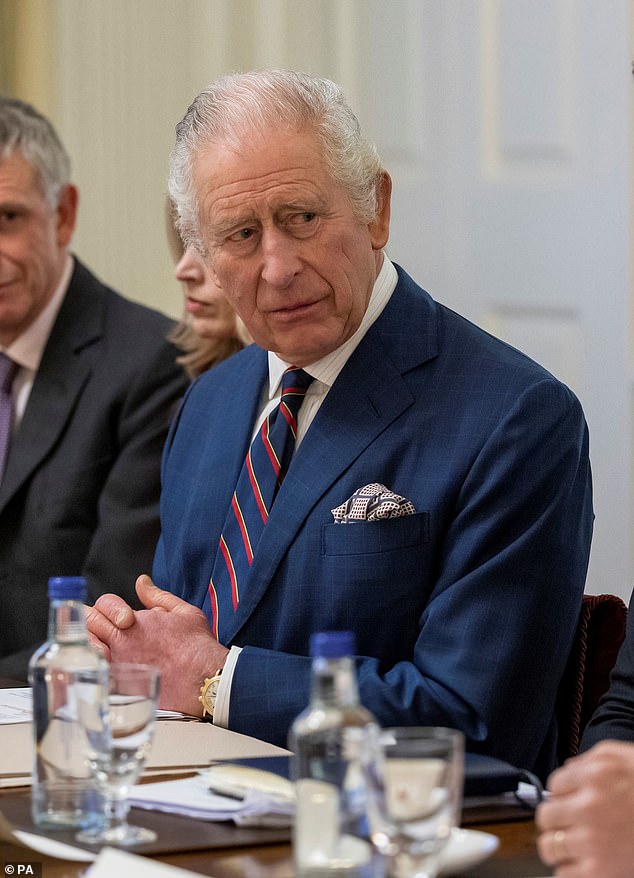 Saleh Saeed, the DEC’s chief executive, said: ‘We’ve seen and heard so many times now how the climate crisis is causing or exacerbating humanitarian crises.

‘The rains fail, or come too heavily, or at different and unusual times. For many people and communities already on the edge of disaster they simply find themselves pushed over the brink.

‘As we all grapple with the impact of climate change we warmly welcome His Majesty The King’s interest and support in our work in responding to the needs of those most affected and who are often those who have done the least to cause it.’

Meanwhile the Queen Consort was undertaking more important work, focusing on raising awareness of and ending violence against women – a cause she has held dear for many years.

Camilla, 75, invited Queen Rania of Jordan, Princess Mary of Denmark, Sophie Wessex and the first ladies of Ukraine and Sierra Leone to the Palace to discuss the issue of violence against women.