The furious King of Thailand has condemned his princess sister’s move to become the country’s prime minister as ‘highly inappropriate.’

Princess Ubolratana, 67, the older sister of King Maha Vajiralongkorn, has made the unprecedented decision to run for the top job in the March elections.

Hours after the announcement, the king issued a late statement from the palace which declared the royals ‘exist in a status above politics.’

She will stand for the Thai Raksa Chart party, steered by the divisive Shinawatra political clan, whose leader Preechapol Pongpanich showed reporters her application for candiancy today. 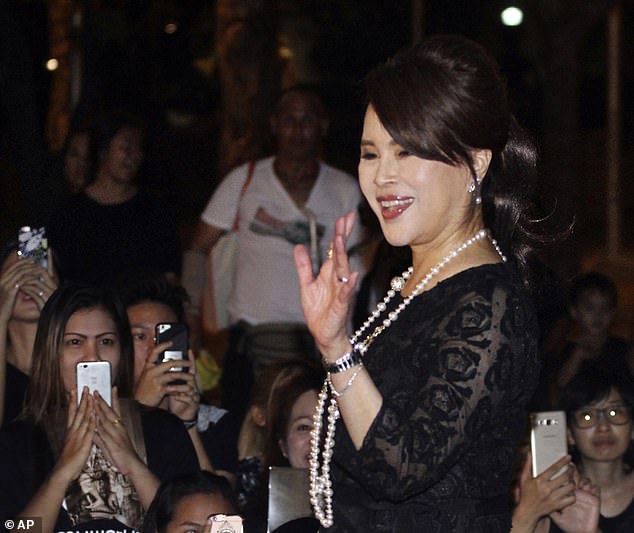 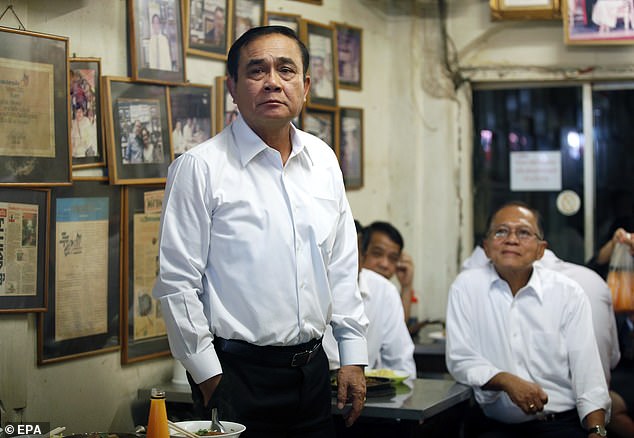 The statement did not directly criticise Princess Ubolratana, instead praising her public work, but skewered those behind her sudden stride into politics.

‘To bring a senior royal family member into the political system in any way is against royal traditions and the nation’s culture… which is very inappropriate.’ The King’s statement said.

Thailand has not had a royal as premier since becoming a constitutional monarchy in 1932. 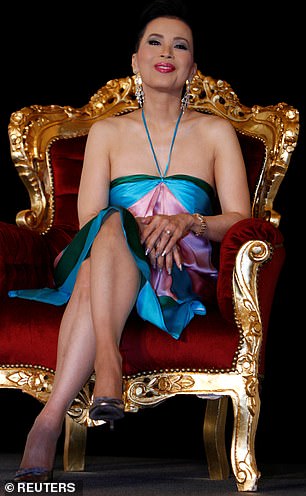 Ubolratana is a colourful and public-facing figure who has played lead roles in Thai films, and amassed a sizeable Instagram following

The Thai royal family, a revered institution shielded from criticism by a tough defamation law, has traditionally been seen as above the political fray, although royals have intervened in moments of political crisis.

Ubolratana’s nomination has electrified the buildup to a March 24 election which had seemed poised to return the junta and its proxies to power in some form.

The upcoming election is the country’s first since the current Prime Minister, army general Prayut Chan-o-cha, took power in 2014 a military coup.

Ubolratana’s involvement for a party allied to Mr Shinawatra – a billionaire self-exiled former premier, who stands at the heart of Thailand’s bitter political schism – gives a royal sheen to his political machine, which has won every election since 2001.

It potentially builds a bridge between Thaksin’s ‘Red’ shirted supporters and the ‘Yellow’ shirts who are arch royalists. Deadly violence and disruption linked to the two groups has defined Thailand’s turbulent last decade.

‘The board agrees that the name of Princess Ubolratana, an educated and skilled person, is the most suitable choice,’ Thai Raksa Chart party leader Preechapol Pongpanich told reporters. 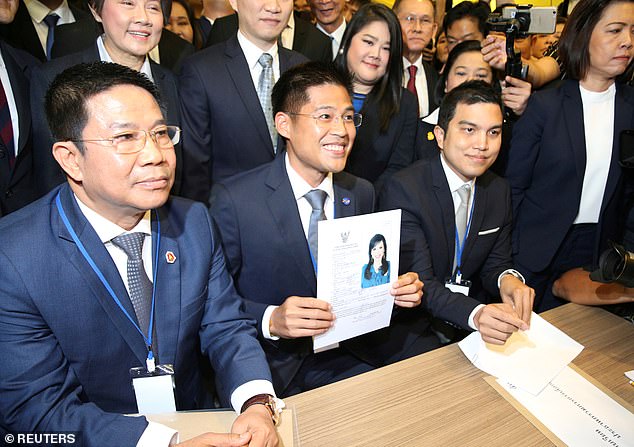 The party falls under the tutelage of Thaksin, who is loathed by the army and Bangkok elite, yet adored by the rural poor.

The announcement thrusts him back to the centre stage of Thailand’s political drama just as it appeared the military were set to succeed in sidelining him.

He was toppled in a 2006 coup, while his sister Yingluck was booted from power in a 2014 military takeover and forced into exile to avoid a jail term.

She is a colourful, public-facing royal in contrast to her more restrained brother King Maha Vajiralongkorn.

Ubolratana attended the Massachusetts Institute of Technology and relinquished her royal titles after marrying the American Peter Jensen in 1972.

But the couple divorced and she moved back to Thailand in 2001, where she is still considered part of the royal family and re-immersed herself in royal life.

There she experienced tragedy, losing her son Poom to the 2004 Asian tsunami.

She has two other children who now also live in Thailand.

She is known to the public for lead roles in Thai films, onstage singing performances, a vibrant fashion sense and a sizeable Instagram following.

The princess’s move deals a heavy blow to the aspirations of Mr Prayut, the junta head, who has spent nearly five years trying to recast the political system to limit the power of elected governments and prepare his own return as a civilian leader.

In a day of high drama, Prayut declared his candidacy for premier, running for the Phalang Pracharat army party, moments after the princess’s announcement.

‘I want to reassure that I do not intend to hang on to power. It is not easy for me to make my decision… it is a crucial moment for the country,’ he said.

The military under Prayut has cast itself as the protector of the monarchy.

But Ubolratana’s shock entrance into politics, aligned with the junta’s nemesis – the Shinawatra family – undercuts those claims.

Analysts said she is not technically covered by the kingdom’s royal defamation law – which carries heavy jail sentences – but that given the wide interpretation of the rules, she is unlikely to face the scrutiny given to most politicians.

The stride into politics by a royal has left Thais scrambling to work out what it may mean for the nation’s tattered democracy.

‘This is quite unprecedented and nobody is prepared for this,’ Professor Anusorn Unno, of Thammasat University, told AFP. 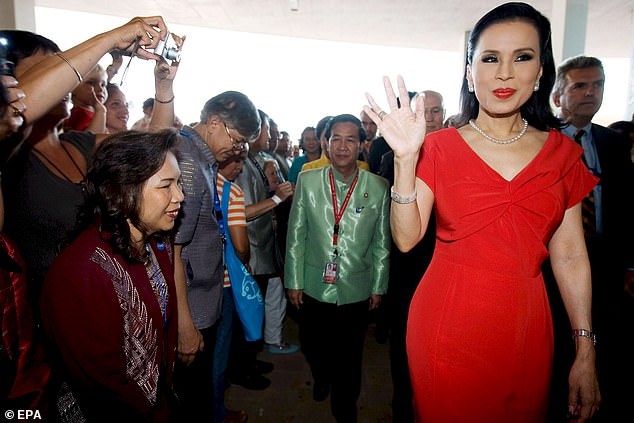 Princess Ubolratana of Thailand has been nominated as a candidate for Prime Minister of Thailand by the Thai Raksa Chart political party. If she wins it will be the first royal premiership since Thailand became a constitutional monarchy in 1932

‘I don’t think it’s the victory for the people; I think this is part of the adaptation of the ruling elite in terms of changing the landscape of politics.’

Since ascending the throne in 2016, King Maha Vajiralongkorn has reorganised palace affairs.

The vastly wealthy Crown Property Bureau is now under his personal stewardship, he has appointed several new privy counsellors and established a highly trained personal guard.

Crucially he has appointed a new army chief from a different faction of the military to the ruling junta.

His coronation will be held in May.