King Philippe of Belgium sported a very vibrant ensemble for a hike with his family today, teaming funky, colourful trainers with a check blazer and mustard trousers.

The monarch, 60, visited the country’s southern town of Bouillon, alongside his family – his wife Queen Mathilde, 47, and their children Crown Princess Elisabeth, 18, Prince Gabriel, 16, Prince Emmanuel, 14, and Princess Eleonore, 12.

They were also joined on the walk by Philippe’s parents Belgium’s former King Albert II, who abdicated in 2013 in favour of his son, and his wife Queen Paola.

It comes after Philippe’s nephew Prince Joachim of Belgium, 28, was fined £9,500 (€10,400) by Spain after attending a private party in the country which breached social distancing rules. 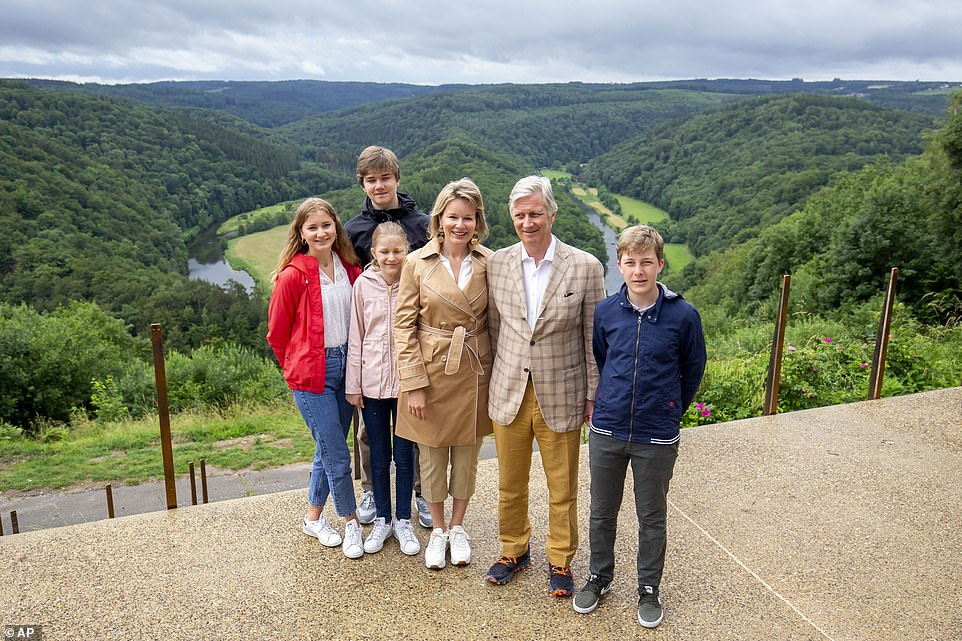 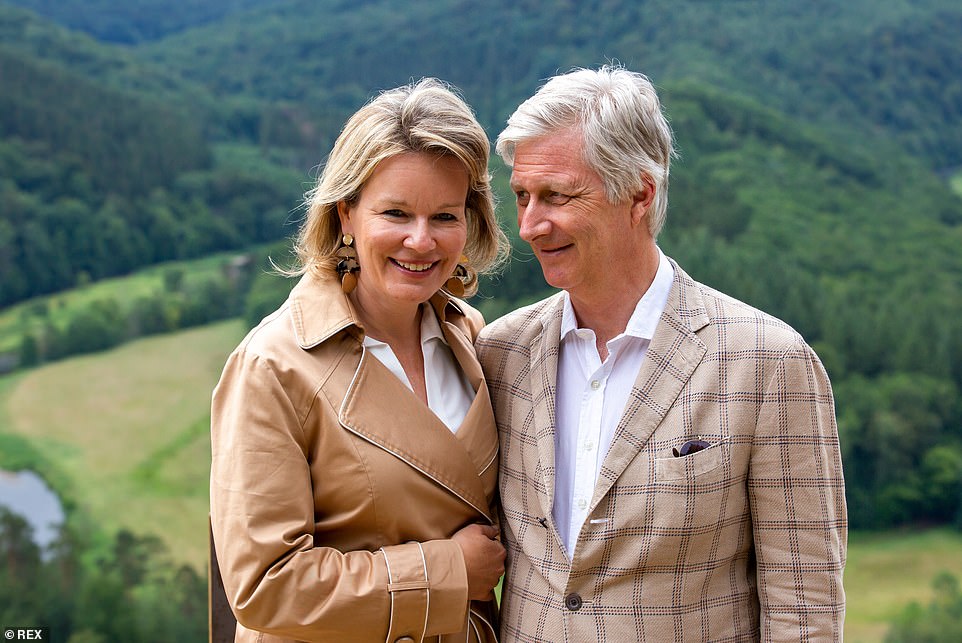 Queen Mathilde and King Philippe of Belgium pose for the photographer at the ‘Tombeau du Geant’ view in Botassart, Bouillon, during a royal visit to the Limburg province

Belgium began to ease its coronavirus restrictions on May 4 with schools, restaurants and shops gradually reopening.

While his children sported low-key outfits complete with comfortable jackets, jeans and trainers, the monarch instead opted for a smart blazer and white shirt combo, teamed with bright yellow trousers and sport shoes.

His wife looked sophisticated in cream trousers, paired with a coffee-coloured double-breasted coat, a white shirt and matching trainers. 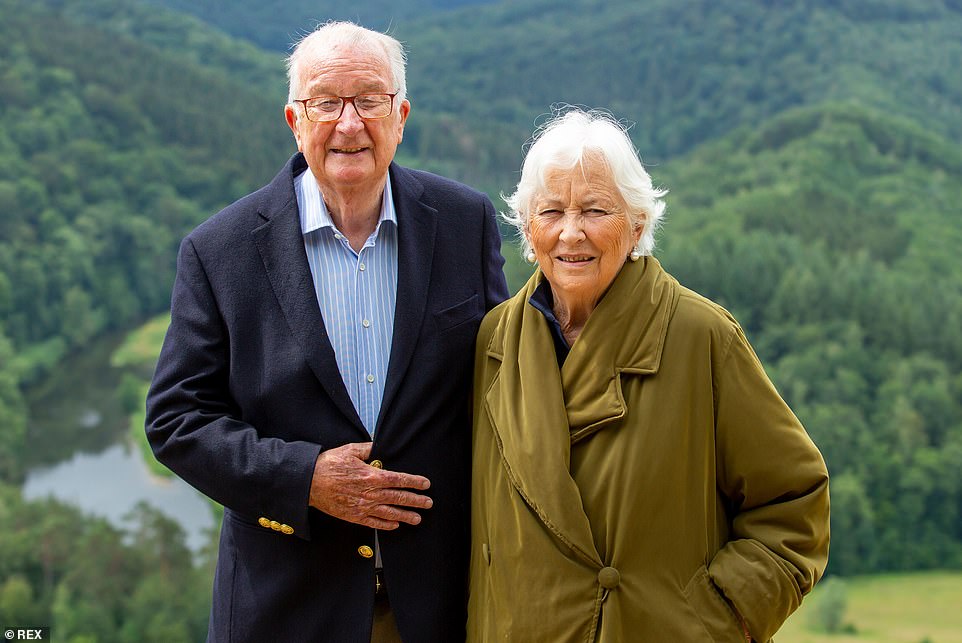 They were also joined on the walk by Philippe’s parents Belgium’s former King Albert II, who abdicated in 2013 in favour of his son, and his wife Queen Paola (pictured together) 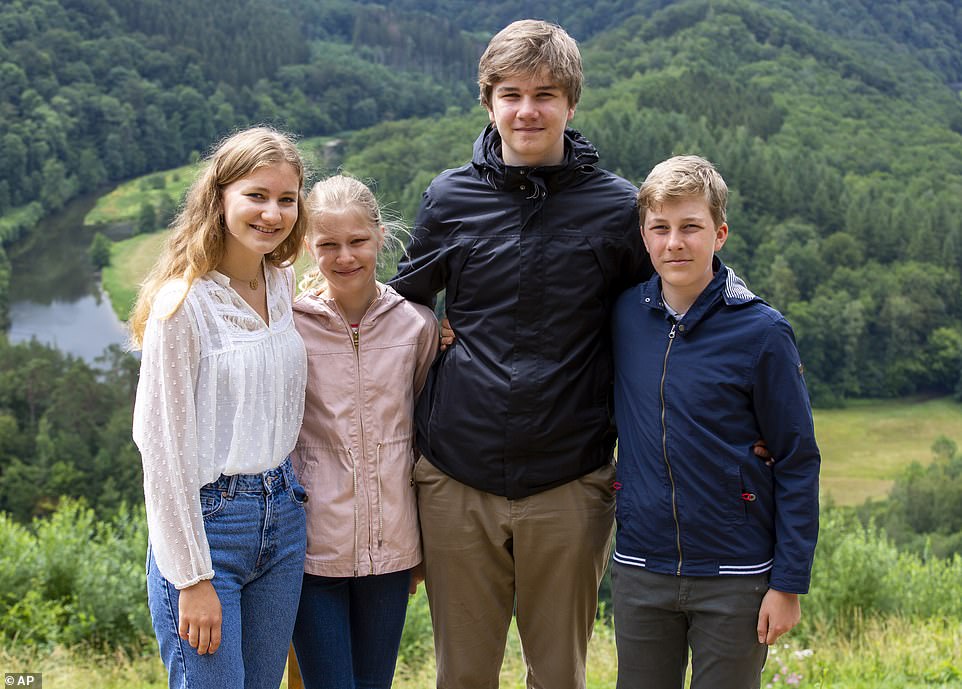 Siblings (pictured left to right) Princess Elisabeth, Princess Eleonore, Prince Gabriel and Prince Emmanuel pose for a photographer during a royal visit to the Giant’s Tomb in Bouillon, Belgium 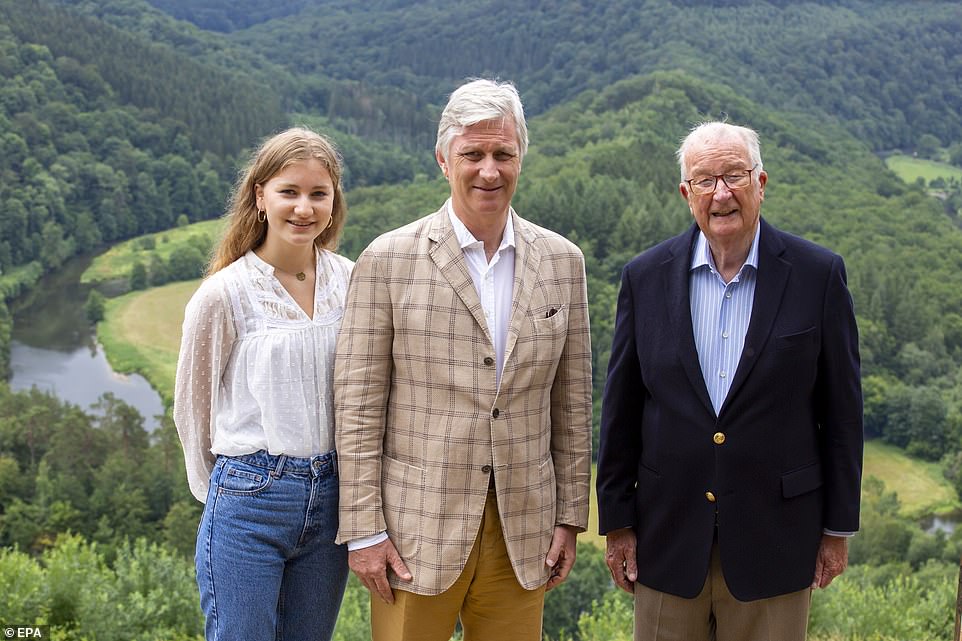 Heir to the Belgium throne Crown Princess Elisabeth, King Philippe of Belgium and former King Albert stand beside one another as they enjoy their family day out 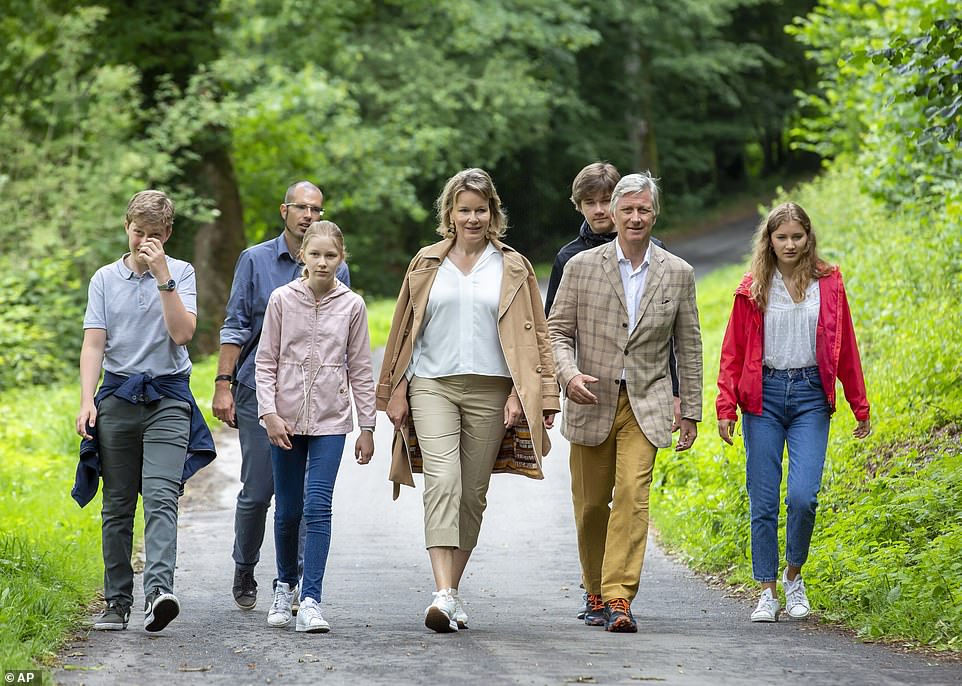 She donned statement golden earrings while keeping her make-up look natural, and opting for an elegant straight hairdo for the walk.

Pictures showed the family walking through the countryside and woodland in the sunshine, before pausing to take a selection of posed images.

The family photographs were shared to the household’s Instagram page with the caption: ‘Family excursion in Ardennes. Hike from the viewpoint of the Tomb of the Giant to the banks of the Semois.’⁣ 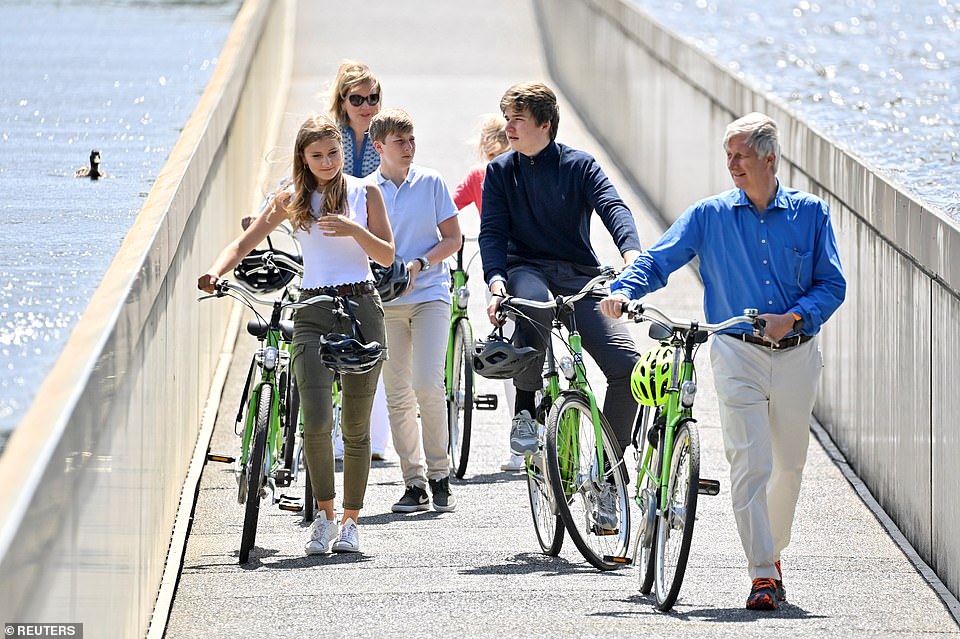 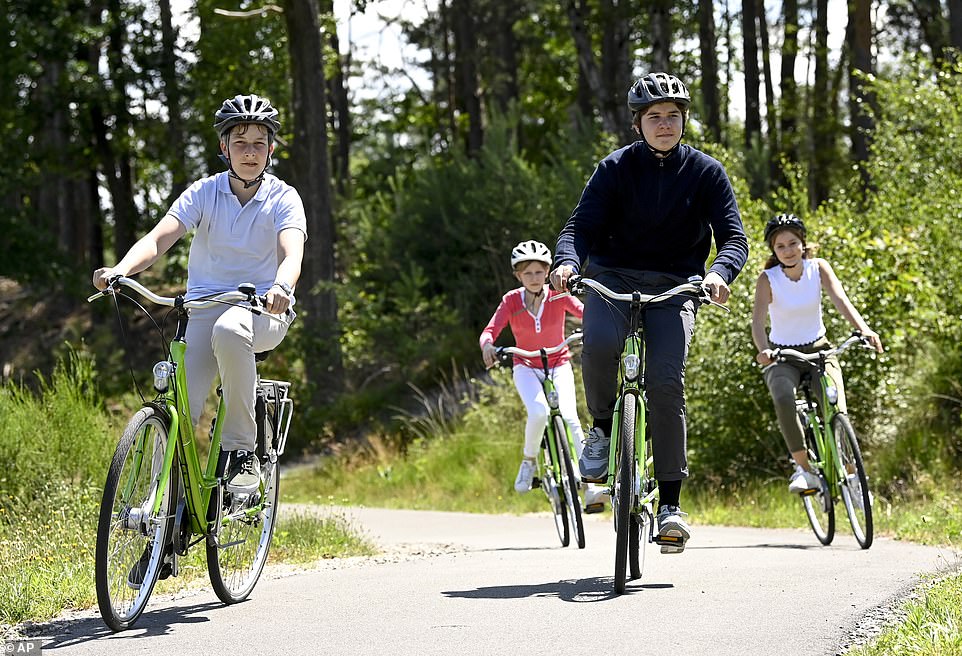 The family – including Prince Gabriel, Prince Emmanuel, Crown Princess Elisabeth and Princess Eleonore – were out and about in Bokrijk for the fun-filled day 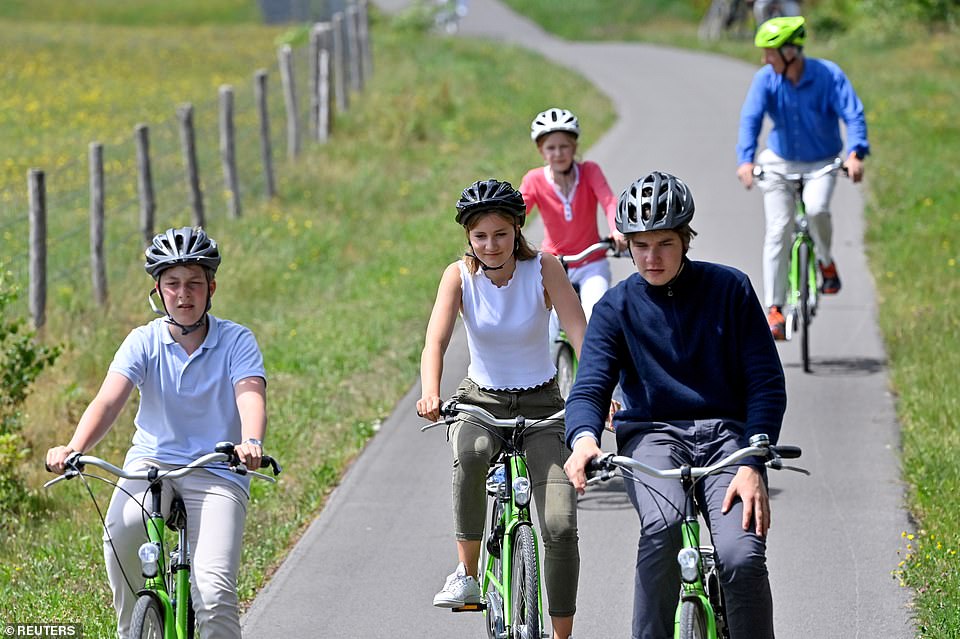 A tourist website for the Tomb of the Giant says it ‘is so named because one of the bends in the Semois at this point seems to enclose a coffin of gigantic proportions’.

Earlier this month, Prince Joachim of Belgium apologised for attending a party in Spain, admitting that he ‘deeply regrets his actions’.

The 28-year-old nephew of King Philippe of Belgium and ninth in line to the throne, attended the bash in a private house in the city of Cordoba. 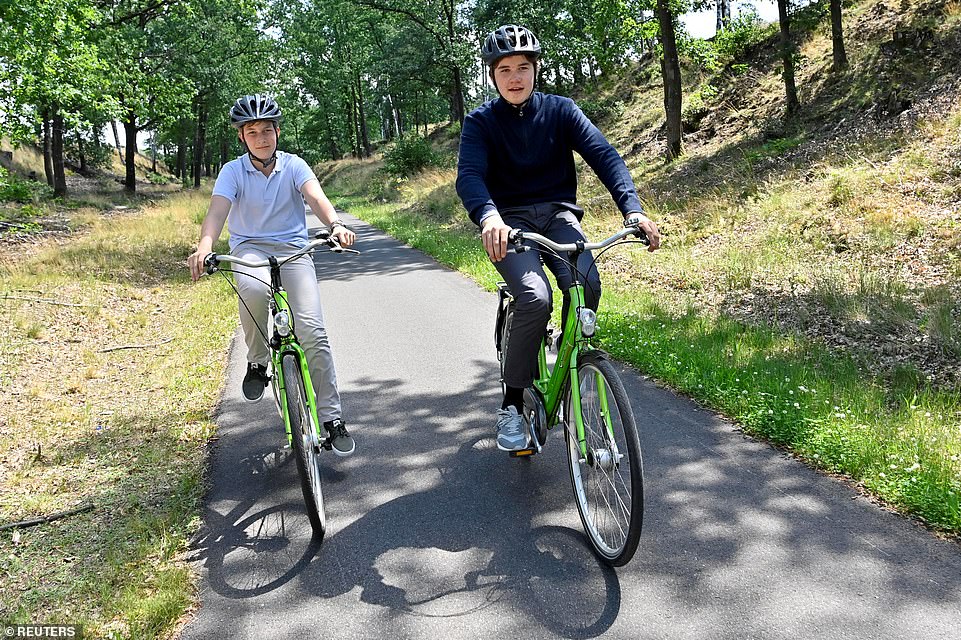 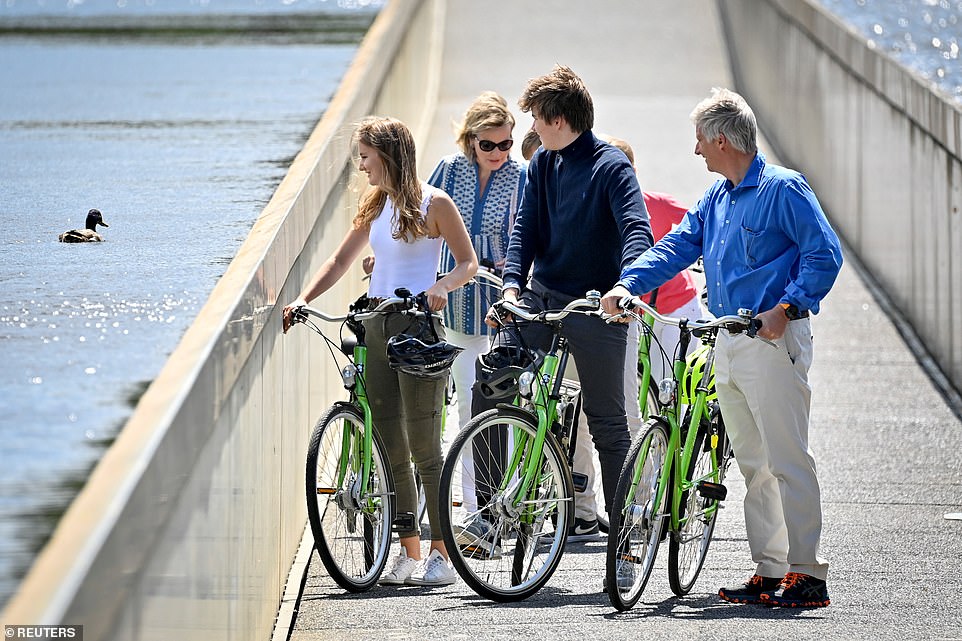 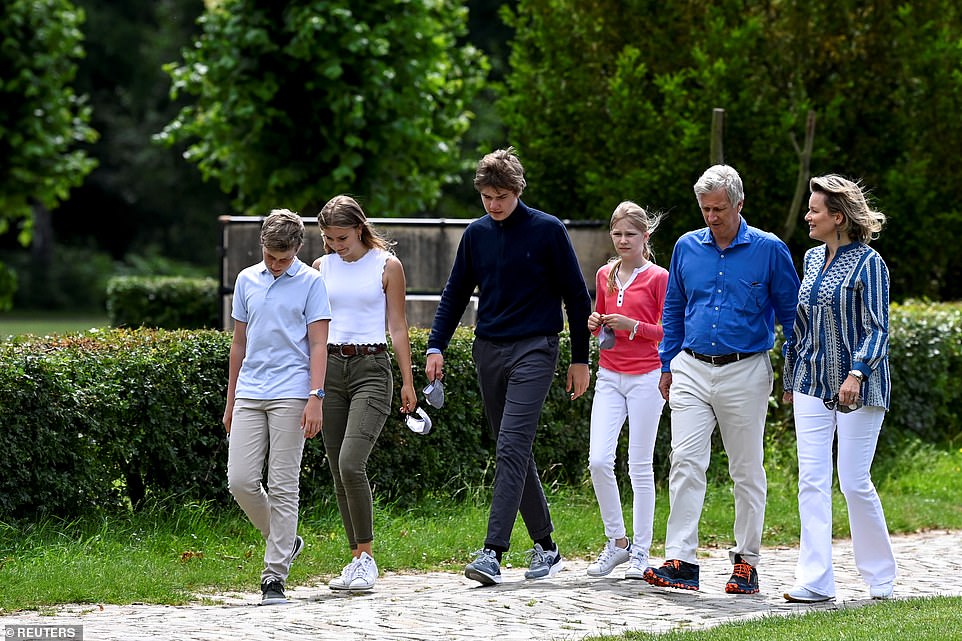 The bike ride comes as the monarch’s nephew was fined £9,500 for breaking covid restrictions in Spain. The family are pictured together yesterday

Just days after attending the private party with his Spanish girlfriend, which breached social distancing rules, he was diagnosed with coronavirus.

The prince, 28, had arrived in Madrid two days earlier for a business trip but then took a high-speed train to Cordoba, where his long-term girlfriend Victoria Ortiz grew up. In total, he travelled 1,050 miles from Belgium to Cordoba.

Speaking in a statement to People, he said: ‘I would like to apologise for travelling and not having respected the quarantine measure. I did not intend to offend or disrespect anyone in these very difficult times and deeply regret my actions and accept the consequences.’ 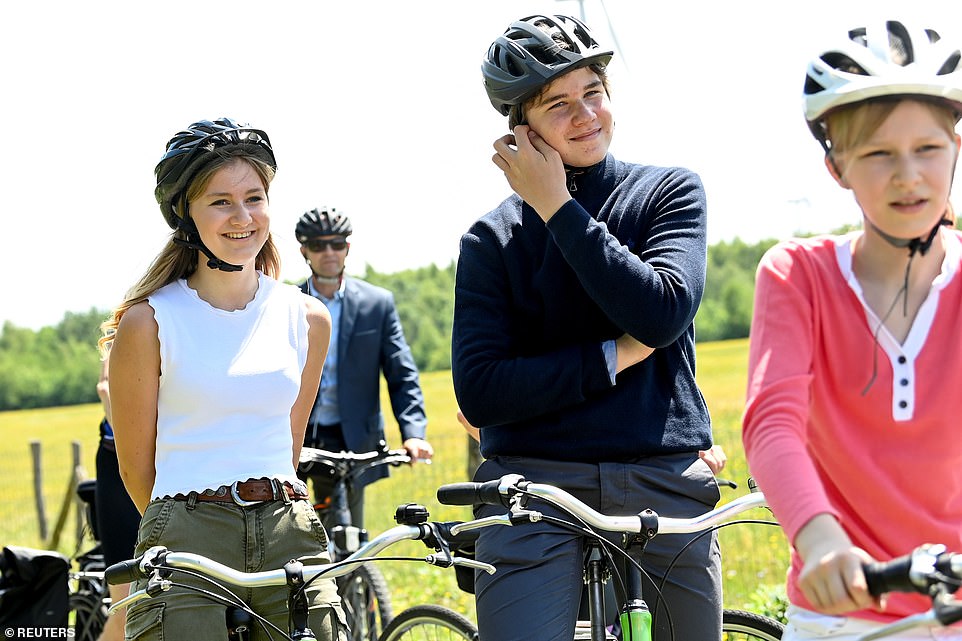 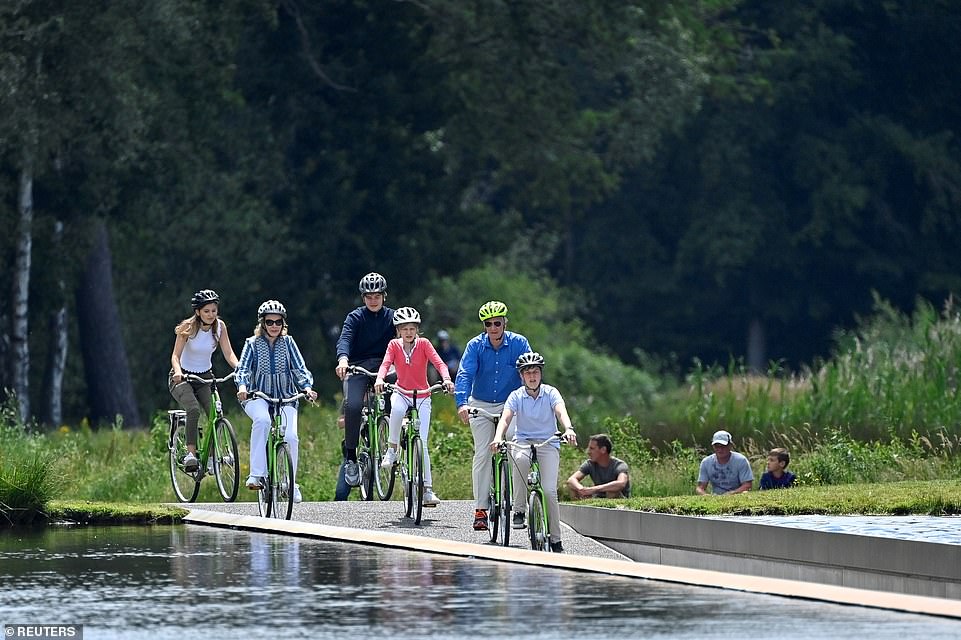 The country has so far recorded 9,732 deaths due to the virus and has had 61,209 cases. The family are seen on their bike ride yesterday 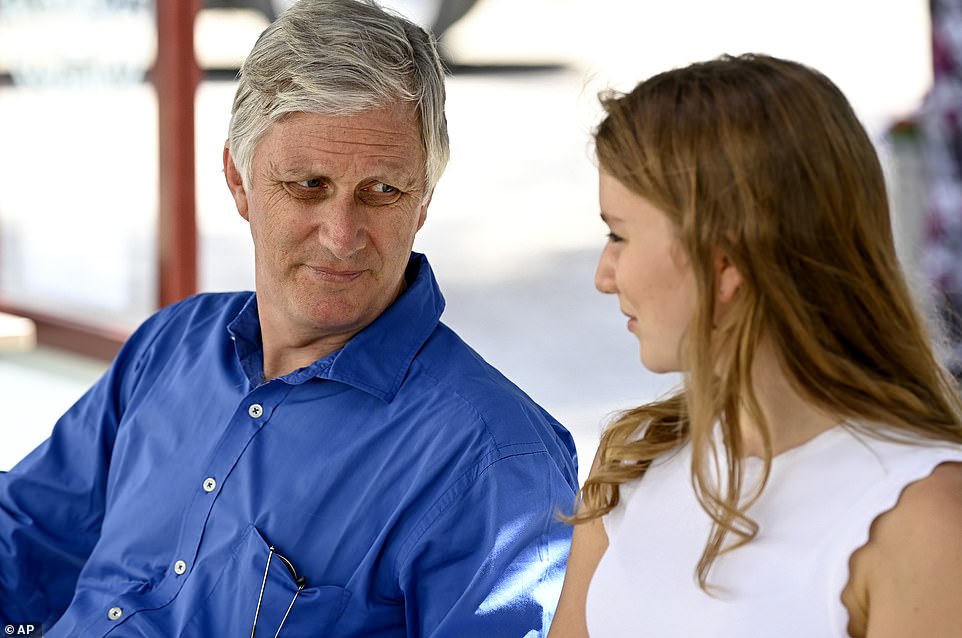 Belgium’s King Philippe speaks with Princess Elisabeth during a royal visit to the Bokrijk park and open-air museum in Genk, Belgium