In recent years, libraries have come under fire for promoting drag queens and other LGBTQ+ centric story hours for young children. It now appears to be the case that those same libraries, which are largely funded by taxpayers, have decided there is no space in their programming lineups for more traditional and faith-based titles.

Cameron’s book, As You Grow, ‘teaches biblical wisdom and the value of producing the fruit of the spirit: love, joy, peace, patience, kindness, goodness, gentleness, faithfulness, self-control,’ according to the author. 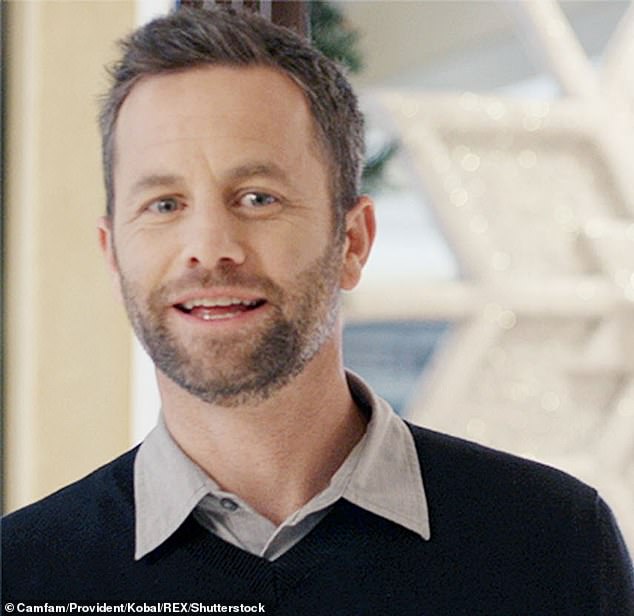 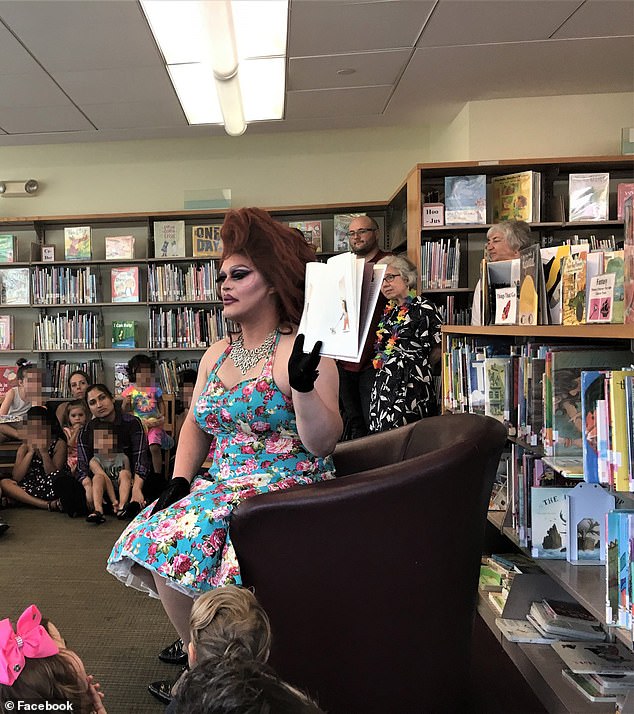 Most of these libraries, including the Rhode Island Rochambeau library (pictured), feature LGBTQ+ friendly story hours, but have declined Cameron’s book themed around Christianity

Cameron is himself a married father of six children, four of whom are adopted. He has recently spoken out about parts of the left-wing establishment attempting to indoctrinate children as early as possible with progressive ideology.

Several months back, he spoke out against the US public school systems, which he said had been taken over by radical progressives who wish to impart lessons about Critical Race Theory and gender ideology to young children.

‘It’s sad to say they’re doing more for grooming, for sexual chaos and the progressive left than any real educating about the things that most of us want to teach our kids,’ he said during a promotion for his film, The Homeschool Awakening.

Brave Books told Fox News that it had been denied a story hour slot at several libraries explicitly due to the ideology of Cameron’s book.

In Providence, Rhode Island, the Rochambeau Public Library told the publisher over the phone, ‘No, we will pass on having you run a program in our space.’

‘We are a very queer-friendly library. Our messaging does not align,’ the library employee added.

When asked about filling out paper work to apply for a story hour, the employee said, ‘You can fill out the form to reserve space, to run the program in our space — but we won’t run your program.’

The Rochambeau Public Library regularly hosts a program it calls ‘Queer Umbrella,’ which is a ‘club and safe space where teens can learn, discuss and connect over queer history, art, community resources, and more,’ according to its website. It is available to all members of the LGBTQ+ community who are aged 12 and up.

The San Diego public library told Brave that the As You Grow story hour likely isn’t ‘something we would do.’

‘Because of how diverse our community is, I don’t know how many people you would get,’ said the library representative.

The library, however, does host a teen queer book club and a range of other ‘LGBTQIA events.’

The San Lorenzo public library in Alameda County, California is yet another venue that told Brave they were ‘not interested’ in his book.

The event was part of its ‘Every Month Is Pride Month Series.’

The San Lorenzo Public Library made headlines over the summer when its Drag Queen Story Hour was disrupted by five men who were described as members of the far-right Proud Boy organization. 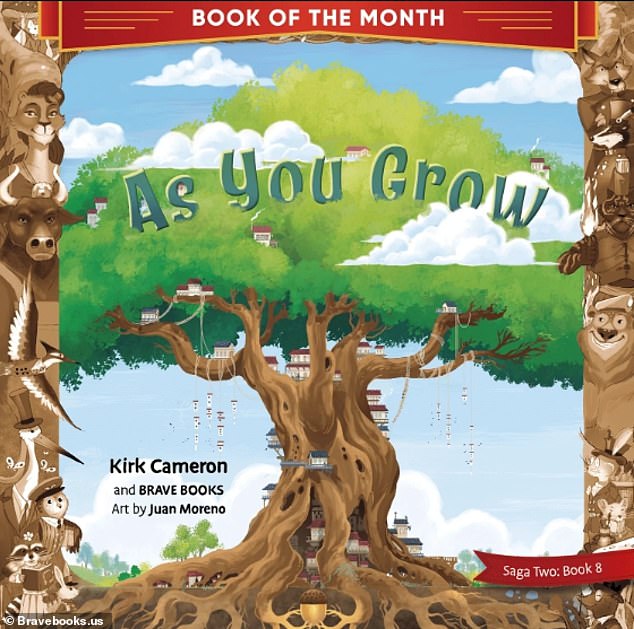 Cameron’s new book, As You Grow, has been rejected for story hours at a number of public libraries across the country, many of which feature LGBTQ-centric events like drag queen story hours and legal workshops about changing one’s legal name and gender 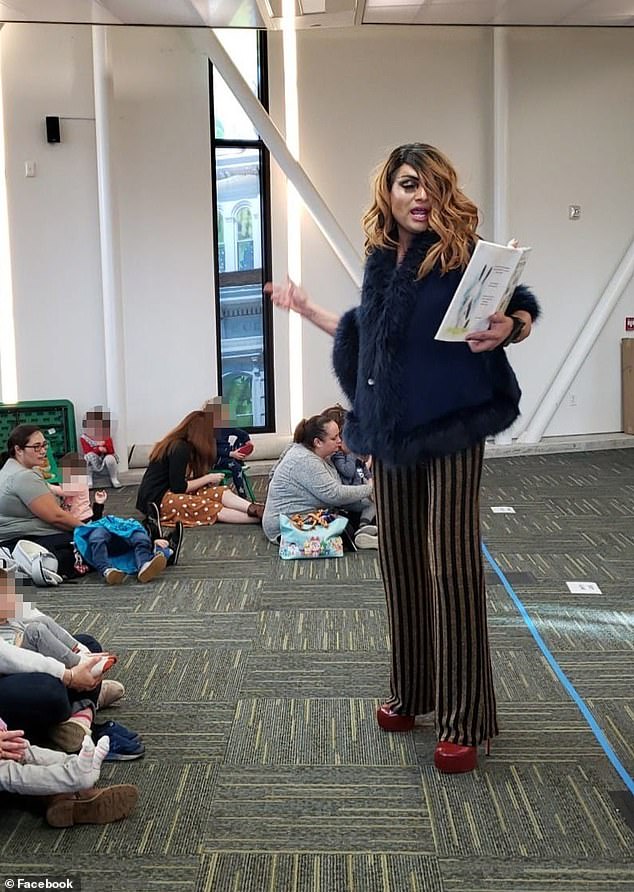 Drag Queen Story Hour at the San Lorenzo public library in California, where Brave was told there was no interest in having him host a story hour, but where a legal clinic for individuals interested in ‘completing name and gender marker change court paperwork’ was recently held 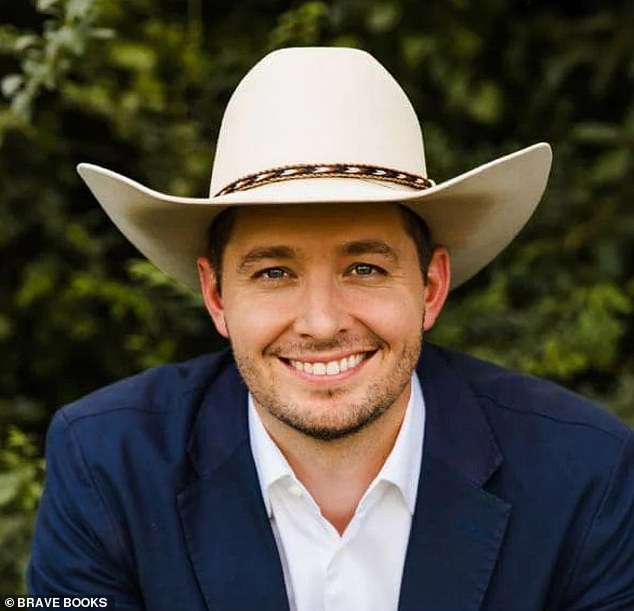 Trent Talbot, the CEO of Brave Books, said ‘It is devastating to discover that many of our publicly funded libraries have now become indoctrination centers that refuse to allow biblical wisdom to be taught to our children’

The Indianapolis Public Library said Cameron’s book did not comport with its ‘strategic plan’ to promote ‘diverse’ authors.

‘Generally when we have author visits, those are coordinated through our departments. We really have a push. We have a strategic plan in place, so we are really looking at authors who are diverse. Authors of color. That’s really been our focus,’ is what an employee told Brave Books.

When the Texas-based publishing house pointed out that Cameron’s book contributes to a diversity of ideas, they were told the library is ‘focusing on racial equity.’

In response to his inability to be booked at more than 50 libraries that Brave reached out to, Kirk said, ‘This is proof that more than ever, we are getting destroyed in the battle for the hearts and minds of our children.’

‘Publicly funded libraries are green-lighting ‘gender marker and name change clinics’ while denying a story time that would involve the reading of a book that teaches biblical wisdom. How much more clear can it get?

‘We have to start fighting back, or we will lose our kids and this country,’ he said.

Brent Talbot, Brave’s CEO, said it is ‘devastating to discover that many of our publicly funded libraries have now become indoctrination centers that refuse to allow biblical wisdom to be taught to our children.’

‘The woke left understands that morality is instilled by the age of 10, and they want their morality to win, not the morality that the Bible teaches,’ he added.

Though Cameron and Brave say they will continue pushing the title among America’s roughly 9,000 public libraries, the start of their effort has been a series of disappointments.

Public libraries are primarily funded by local governments. A very small portion of library funds come from the federal government, grants and donations.

In general, public funding is dolled out by the local government and is generated by tax dollars, library fines, parking tickets and other ways the city or municipality generates revenue.