Jennifer Morgan (pictured), 33, was discovered stabbed to death in her garden in Kirkintilloch, near Glasgow at 3.40pm on Wednesday

An 11-year-old girl found her mother dead in a pool of blood when she came home from school.

Jennifer Morgan, 33, was discovered stabbed to death in her garden in Kirkintilloch, near Glasgow at 3.40pm on Wednesday.

Her daughter Aime ran around screaming for help before she was found hysterical on the pavement in the next street shouting: ‘My mum’s dead’.

The family claims Ms Morgan called the police at around 3pm and blood smeared on a neighbour’s door suggests she desperately tried to seek help before she died, reports the Daily Record.

Ms Morgan’s sister Laura Evans told the newspaper she had been living in hostels and hotels before being moved to a temporary ground floor flat in the Waterside area of the town.

She had split from Aime’s father Gary Smart and had been dating another man, she said. Mr Smart is believed to be looking after his distraught daughter.

The street where Ms Morgan and her daughter lived has been sealed off since her murder, with some residents unable to access their homes.

Forensic officers are also scouring a street in the Maryhill area of Glasgow 11 miles away and removed a car from there last night.

Police have arrested two men aged 39 and 32 in connection with Ms Morgan’s murder, but enquiries are ongoing.

Ms Evans told of how she was unable to find her sister or Aime when she went to the scene and it was not until her father’s girlfriend rang to explain that she received the devastating news. 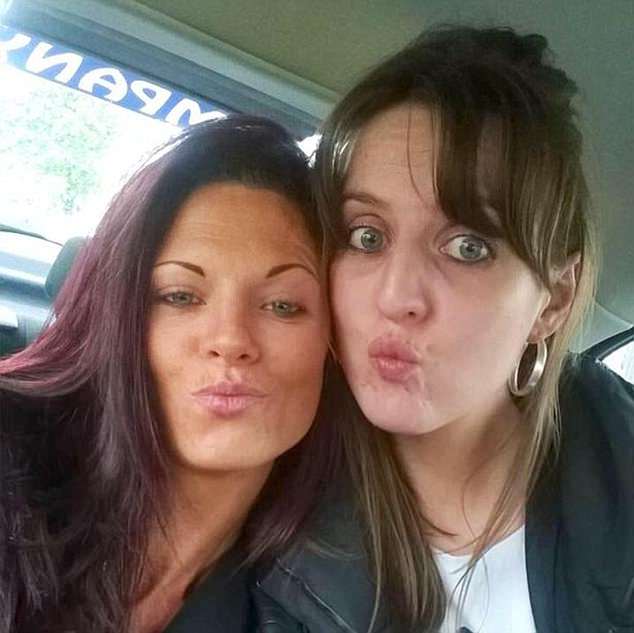 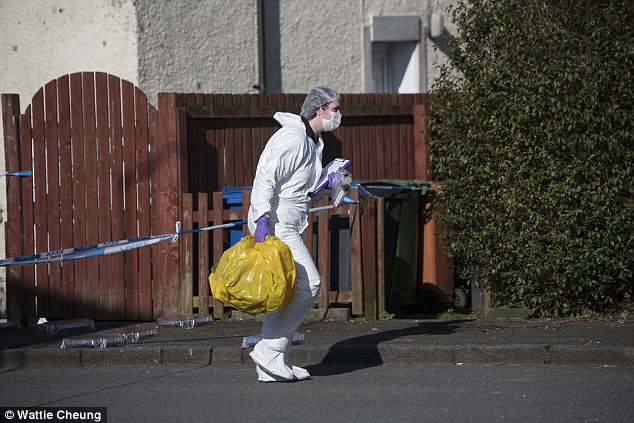 Ms Morgan’s daughter Aime ran around screaming for help after finding her in a pool of blood before she was found hysterical on the pavement in the next street shouting: ‘My mum’s dead’. Pictured: Forensic officers scour the scene in Kirkintilloch, near Glasgow

She told the Daily Record: ‘She said that Jennifer had been killed and at that point, I just lost it.’

Ms Evans said it was her mother who had received a call from police to say Jennifer had tried to contact them at around 3pm.

She added: ‘She just loved life. She was a normal girl who just wanted a quiet life and never caused any trouble.

‘She waited three years to get a lovely wee house for her and my niece – somewhere they could have a lovely quiet life. And she’s not going to get that now. It is too tragic.’

Neighbour Michael Dunn, 58, and his daughter Michelle Cowan, 35, found the schoolgirl visibly distressed on the kerb.

He rushed to help Ms Morgan but described the scene as a ‘bloodbath’ and said there was nothing they could do. 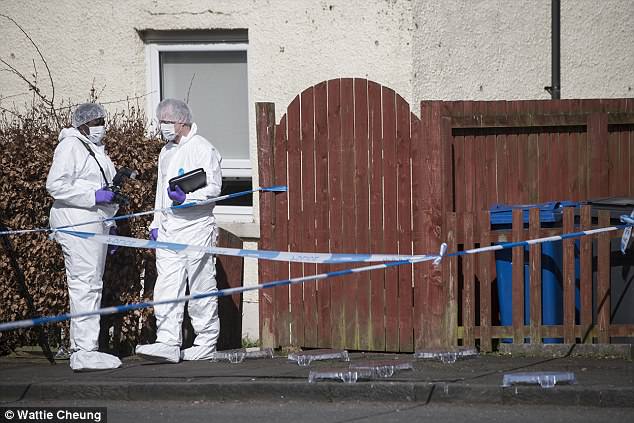 The street where Ms Morgan and her daughter lived in Kirkintilloch (pictured) has been sealed off since her murder, with some residents unable to access their homes 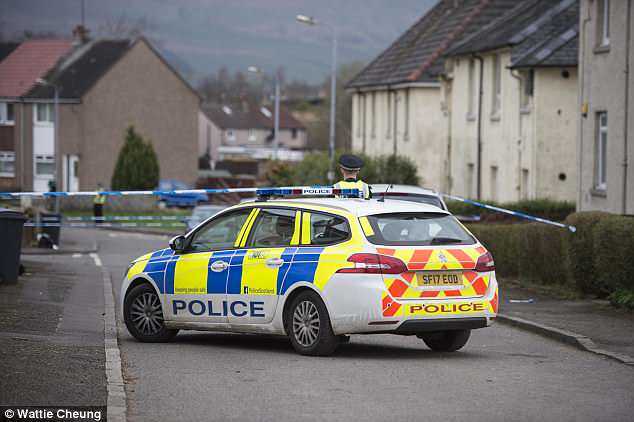 Mr Dunn told the paper: ‘My heart goes out to the wee girl.

The father and daughter managed to calm the youngster down before her father was called to come and take care of her.

Police Scotland launched an investigation and said a 39-year-old man had been arrested over the death, while a 32-year-old man was arrested in connection with the incident.

A force spokeswoman said: ‘A 39-year-old man has been arrested in connection with the death of Jennifer Morgan at her home in Alexander Place, Kirkintilloch, around 3.40pm on Wednesday. Her relatives are aware.

‘Enquiries are continuing. One further man, aged 32 years, has also been arrested in connection with the incident.’ 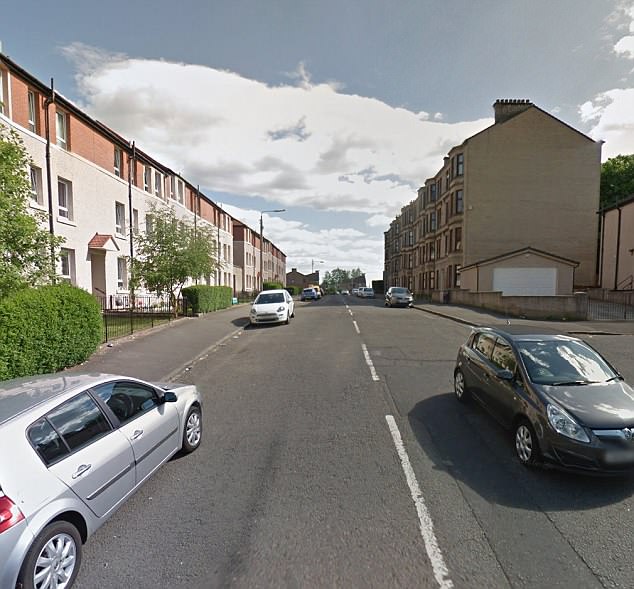