The colourful swimming pool sat in the heart of the living room in a bungalow in South London’s Purley.

Phil even described it at one point as being ‘like Hugh Hefner’s Surrey retreat’.

Unique: The colourful swimming pool was in the living room in the South London bungalow, behind the curtain 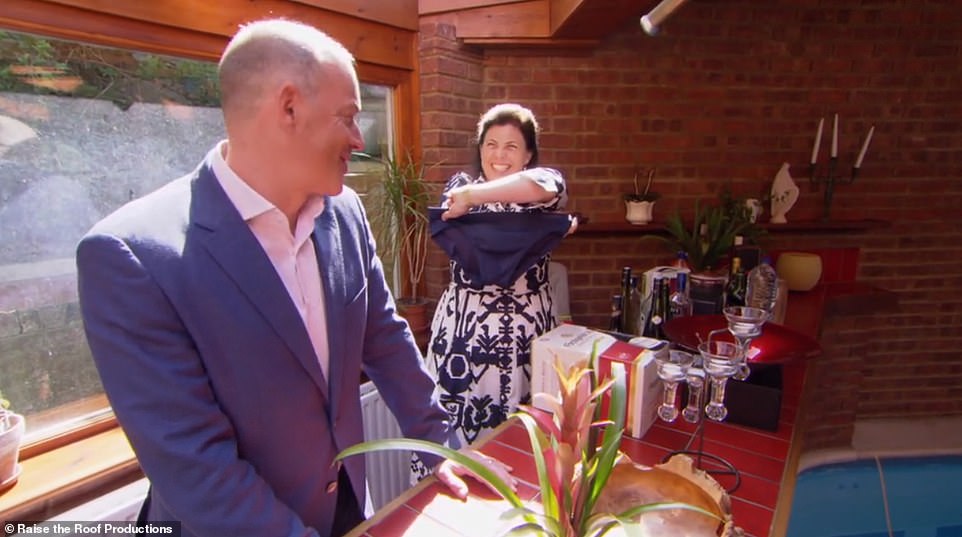 Love It or List It: Kirstie provides Phil with some swimming trunks and invites him to take a dip in the pool

The Channel 4 show – called Love it or List it – sees the owners of a property decide whether to stay in a property renovated by Kirstie or move to a new home found by Phil.

This week focused on a couple called Tony Congdon and Christine Attwood who bought the bungalow in Croydon 22 years ago. The programme aired on Wednesday.

Christine said: ‘When we first walked into this house, it just offered something different and it was exciting.’ 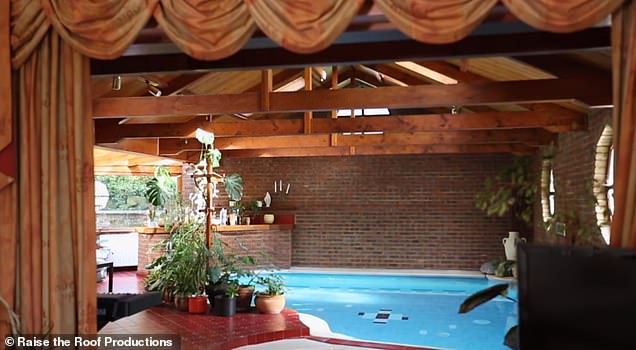 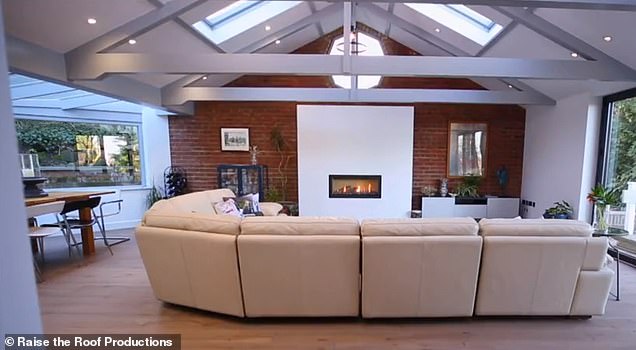 Phil and Kirstie help transform the Purley bungalow – but do the owners decide to Love It and stay put, or List It and move to another property? 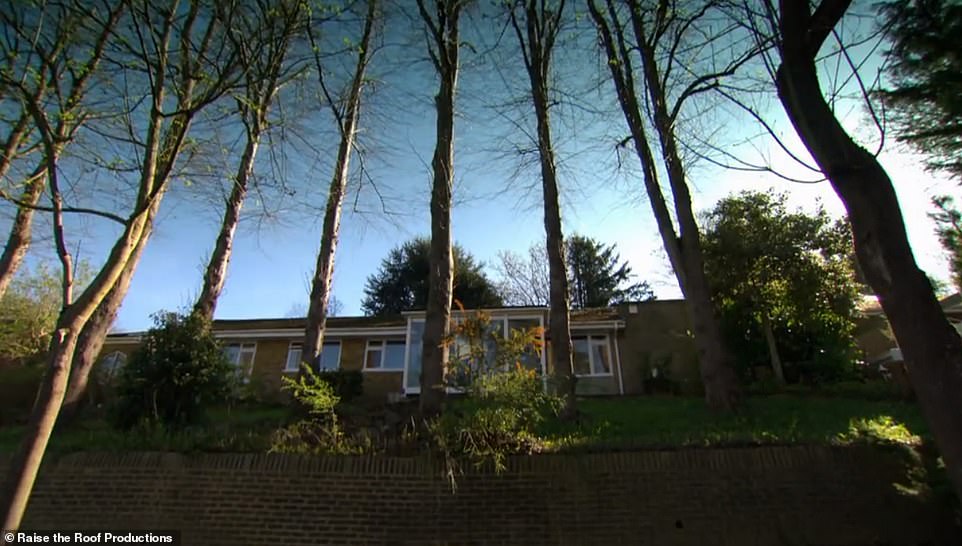 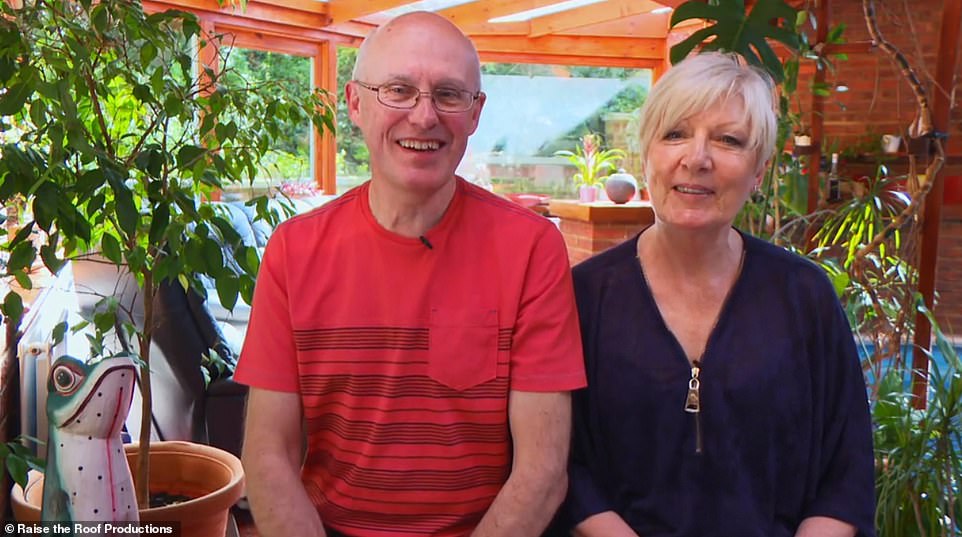 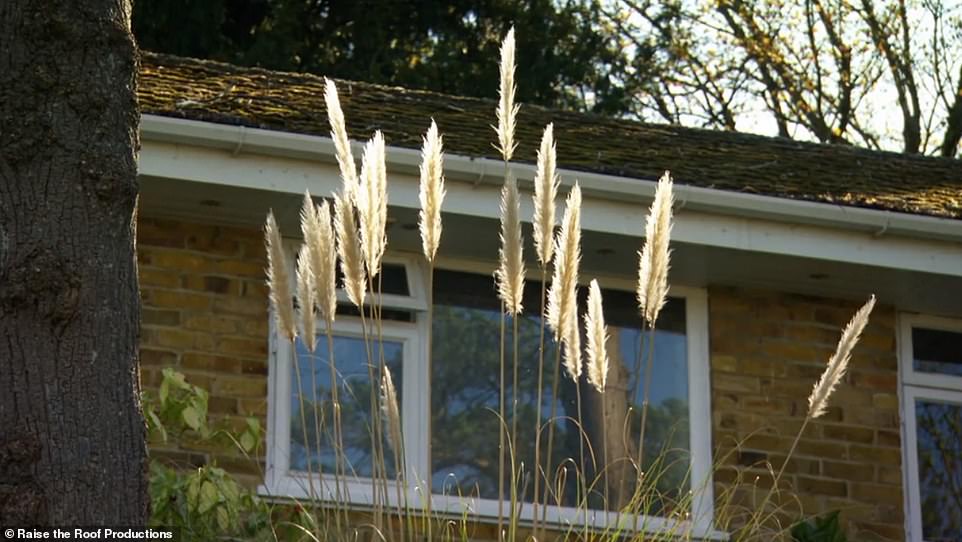 Kirstie goes on to describe how the house from the outside looks like a ‘normal’ bungalow with a ‘normal’ looking lounge that has a curtain that…opens onto a, er, swimming pool.’

Tony added: ‘And since you put that pampas grass outside, people have said it is a swingers’ house.’

Phil responded by commenting: ‘With the 1980s pool, I can see where the confusion might have arisen.’ 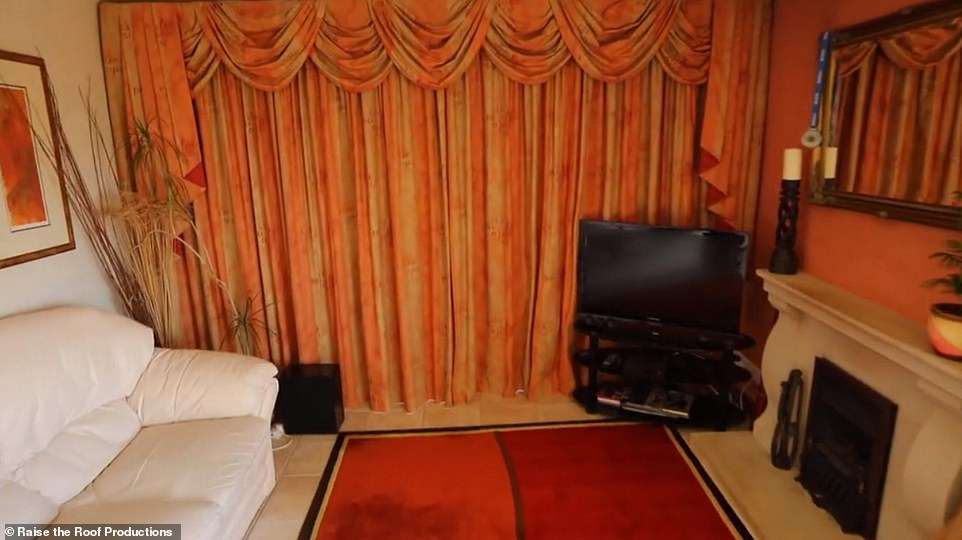 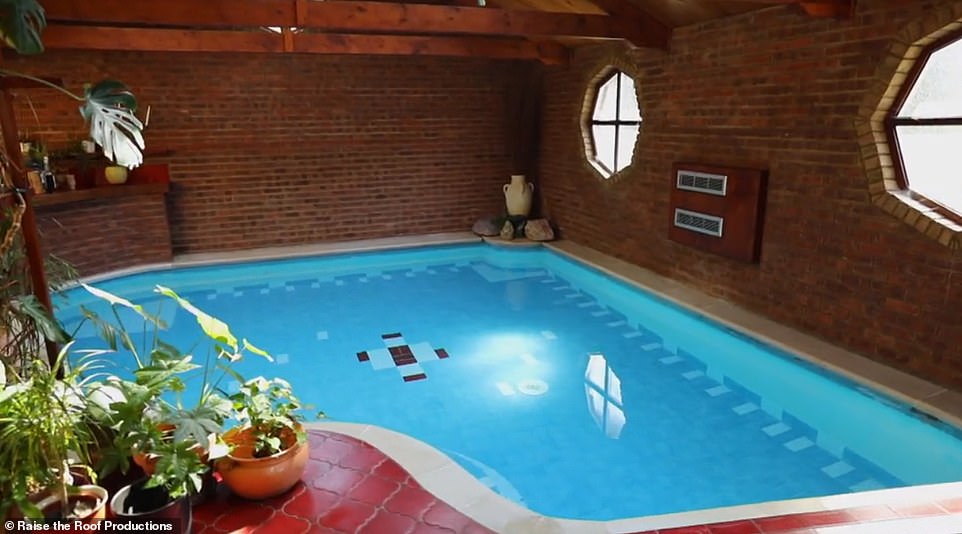 Goodbye pool! The pool covered 710 square feet of living space and so Phil and Kirstie advised filling it in 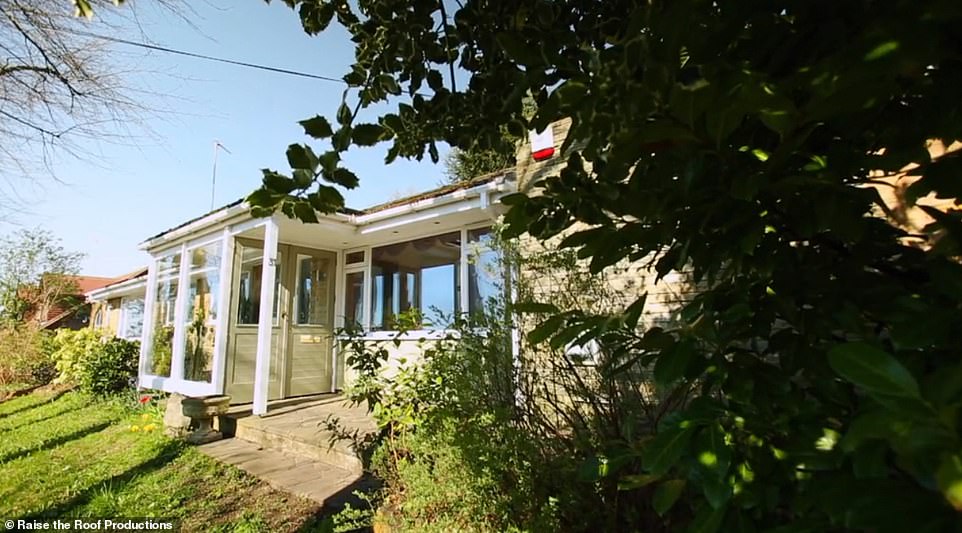 Christine explains why she wants to move, saying that when she bought the property ‘we decided we wanted a party house, but now we don’t’.

Meanwhile, Tony says he would like to stay at the property.

The pool covers 710 square feet of living space and so Phil and Kirstie fill it, reclaiming the lounge.

Phil adds: ‘I bet that [pool] has seen plenty of action. It is like Hugh Hefner’s Surrey retreat this is.’

The bungalow is Purley, in the London borough of Croydon, where the average value of a home currently stands at £626,442

At the beginning of the TV show, Phil says: ‘The joys of Purley. It makes we think of that 70s sitcom Terry and June.

‘The middle-aged couple, move to suburbia, kids leave home, midlife-crisis ensures. It is a classic story.’

‘Do you think we’ll have a mid-life crisis when our kids leave home?’ Asks Kirstie.

‘I hope so, I have ready-made excuses for poor behaviour,’ replies Phil. 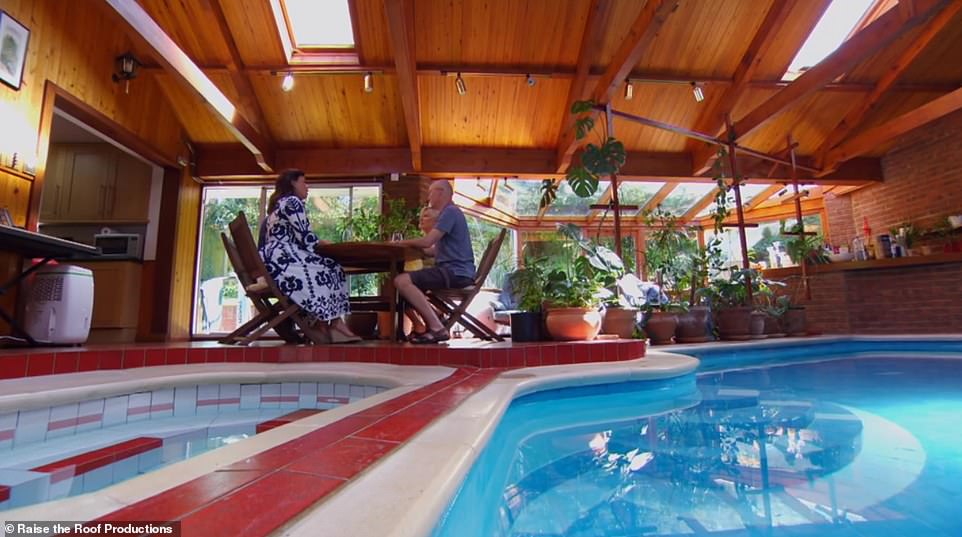 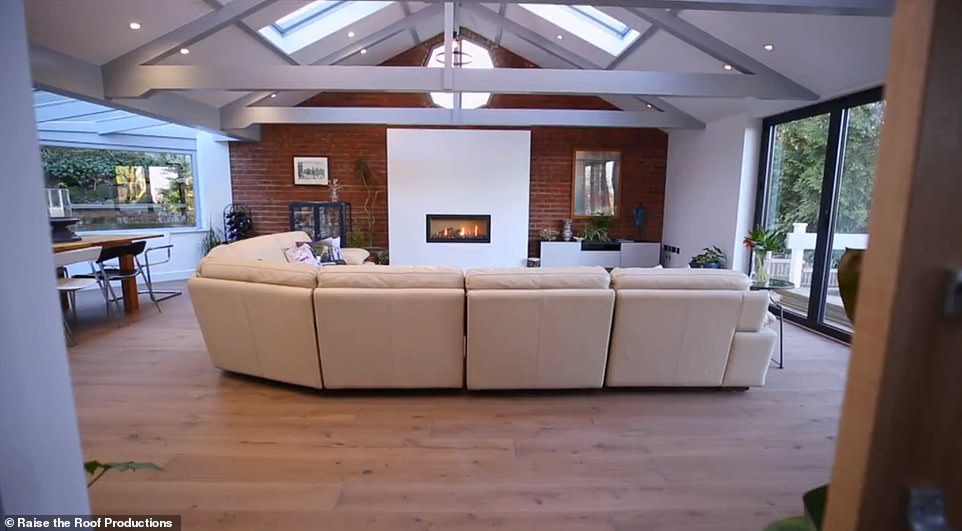 The finished product! The bungalow was given an overhaul that introduced a bright and modern living area

The programme sees the property renovated with the swimming pool filled to create a large living area.

Kirstie explains: ‘This may have been the greatest transformation we have ever had.’

The renovation cost £150,000 and despite being impressed with the work, the couple decided to move instead.

The series continues Wednesday at 8pm on channel 4, with past episodes available to view on Channel 4’s catch-up website My4.