Kittens claw eachother and start their own wrestling match on a £1.64 ring bought in Texas

Fur-midable kittens claw eachother and start their own wrestling match on a £1.64 arena bought at a Texas thrift store

Ashley Ward, 36, filmed the hilarious moment that her six-week old kittens battled it out on a WrestleMania ring on Monday. Here she is pictured cuddling one of her felines

Kittens have been seen sorting out their differences and grabbing eachother by the scruff of their neck on a miniature wrestling ring in Texas.

Ashley Ward, 36, filmed two of her rescue kittens clawing and pecking each other’s faces while her other ginger kitty watches on enviously and tries to get in on the fight.

And the video has already gone viral – with Ashley writing on social media how her pets are ‘exhausted from becoming the world’s cutest wrestlers overnight! Over 8 million views in less than 48 hours. So crazy!’

In the clip, the strawberry-blonde kitten makes a few swings with its paws from outside the net before launching itself at the barrier and trying to grab a bite of one of the other’s tails – on the mini WWE Wrestlemania arena bought at a thrift store on Monday.

Meanwhile the two inside the ring get increasingly heated and the pawing of eachother’s bodies leads one of the kitten’s to fall off at the Denton home in Texas.

The kitten is filmed languishing from the side of the net and catching its breath while the other cream kitten leans over and continues to bite at its fur. 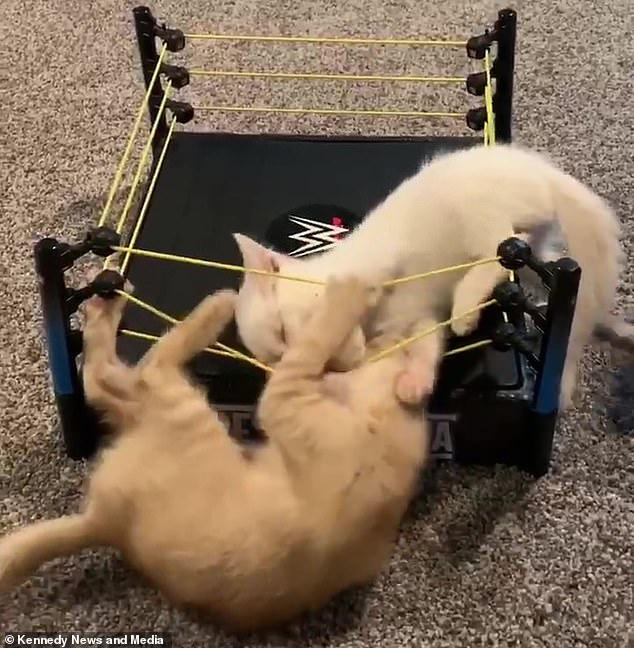 Monster moves: Kitten’s were filmed wrestling with eachother on a WWE arena costing £1.64 in Denton, Texas 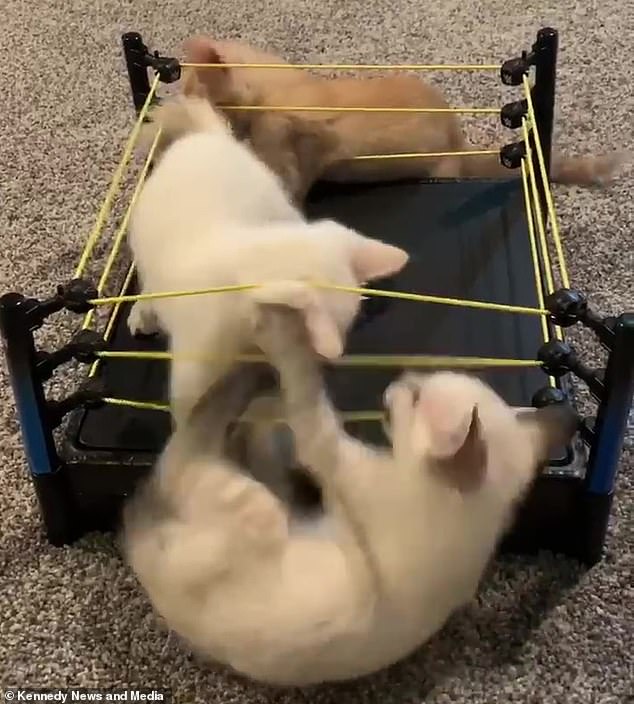 The kittens named Rascal, Teeny and Tiny grappled eachother fiercely and sent one of them flying off the side 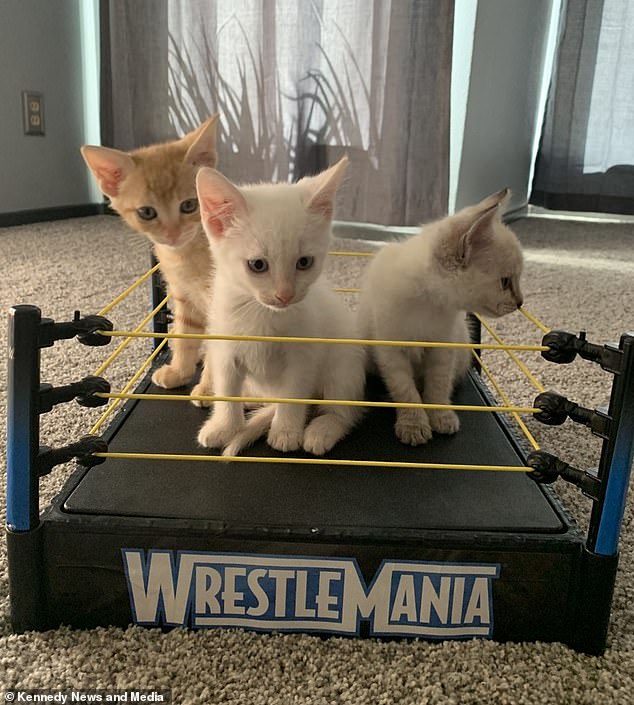 Picture perfect: They sit innocently on the fighting ring and any sense of violence or fighting seems out of character 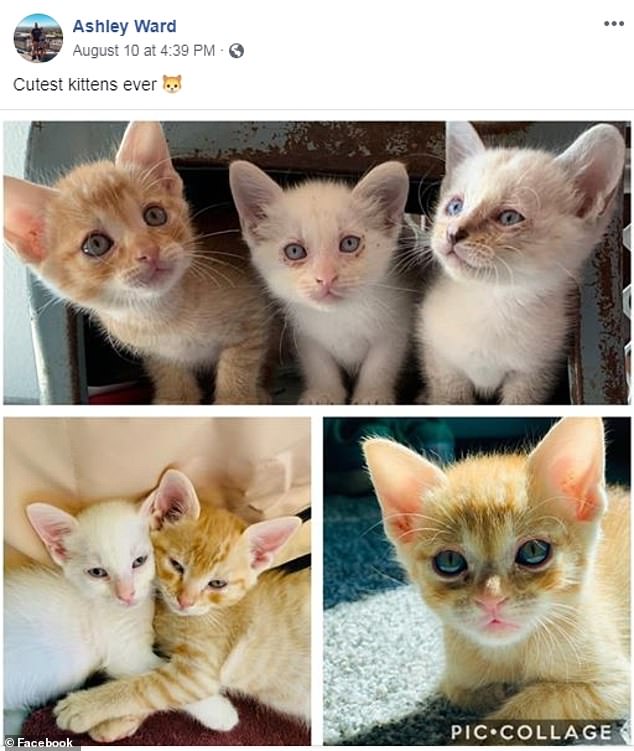 Rascal, Teeny and Tiny have claimed instant fame online with the video of their play-fighting attracting 1.5k comments on Reddit and 330,000 views on Facebook

Some say the pet-owner should not forget ‘an announcer’s table’ alongside the mini arena.

Another replied to the Facebook post: ‘I just saw a video of three kittens play fighting in a tiny wrestling ring. I would be way more interested in trying out wrestling if that’s what it was.’

Ms Ward has advertised on Facebook that she is looking for good homes for the petite feline friends as she says she is only having them for three to four weeks.

She wrote: ‘Luckily [my partner] accepts the fact that I will always want to save the animals and let’s me bring them home.’ 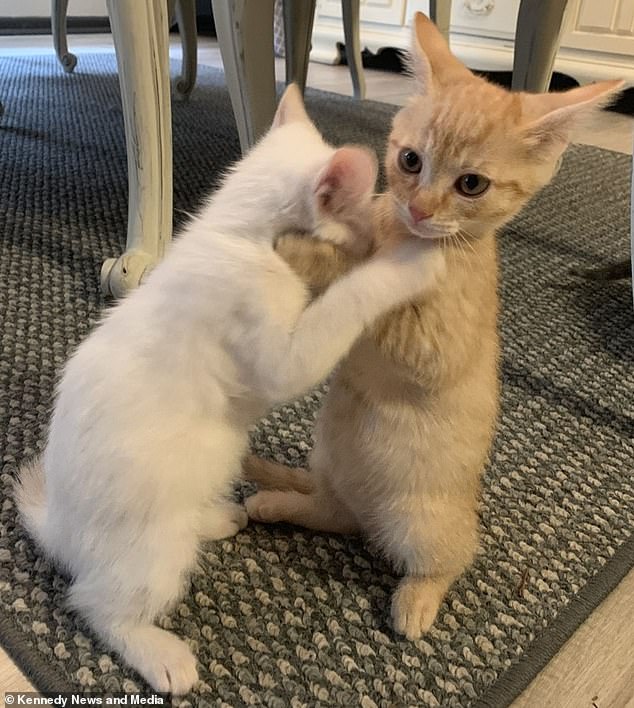 Prowess: A cream-coloured kitten paws and grabbles with the strawberry-blonde feline who is propped up on its back legs