Newlywed Kitty Spencer cut a casual figure as she was seen relaxing in the sunshine during her luxury honeymoon on the Amalfi Coast with her billionaire fashion tycoon husband.

Princess Diana’s niece, 30, wed Michael Lewis, 62 – who is five years older than her father Charles Spencer – at a 17th century castle on Saturday surrounded by family and celebrity friends including Emma Weymouth and Pixie Lott.

The socialite was spotted donning a black lace dress and oversized sunglasses before joining her new husband, who opted for white swimming drunks and an open navy blue shirt, by the sunloungers on their honeymoon in Positano, Italy.

Wearing her blonde hair tied back, Lady Kitty Spencer, who was seen talking on the phone, was spotted carrying a large wicker beach bag and black briefcase, before taking a dip in the crystal blue sea with Michael to help cool down. 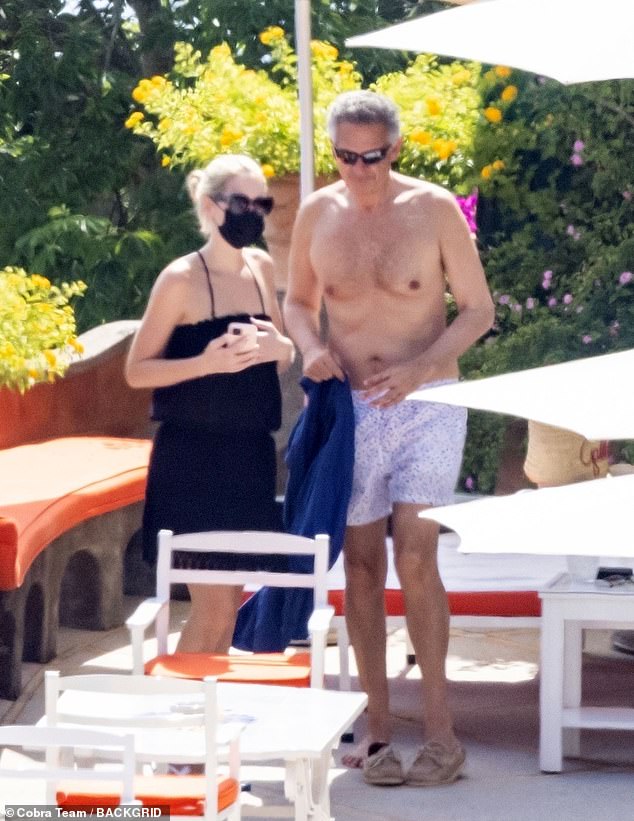 Princess Diana’s niece said ‘I do’ in front of a hushed congregation in the Villa Aldobrandini in Frascati, a stunning country mansion with views towards Rome on Saturday.

Photographs of the bride showed her wearing a high-necked Victorian-inspired lace gown by favourite designer Dolce and Gabbana for the occasion, which features trendy puff sleeves and a cinched waist.

Meanwhile she swept her hair back into a low bun and opted for a lengthy train for the occasion.

Her husband opted for a smart white tuxedo and, later, Prince William and Harry’s younger cousin changed into a second gown, with short sleeves, pink floral detailing and a flowing hemline. 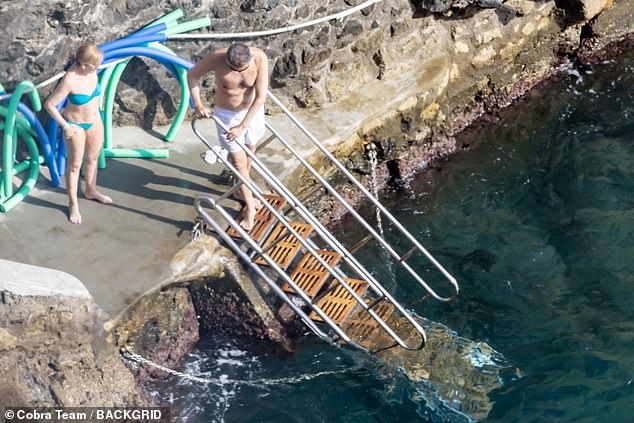 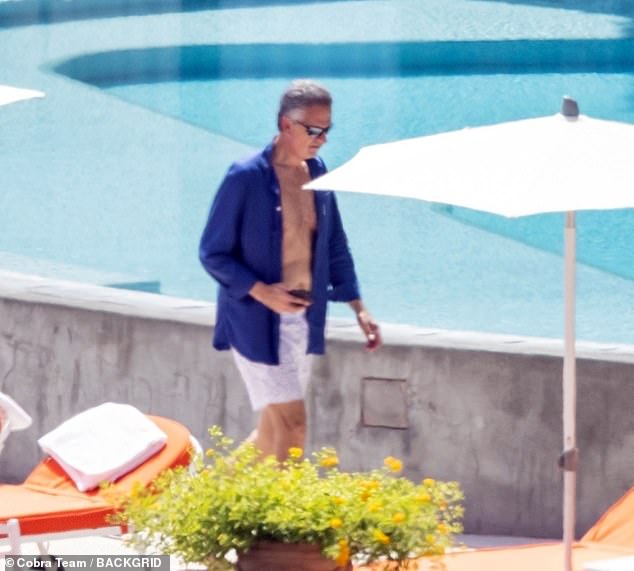 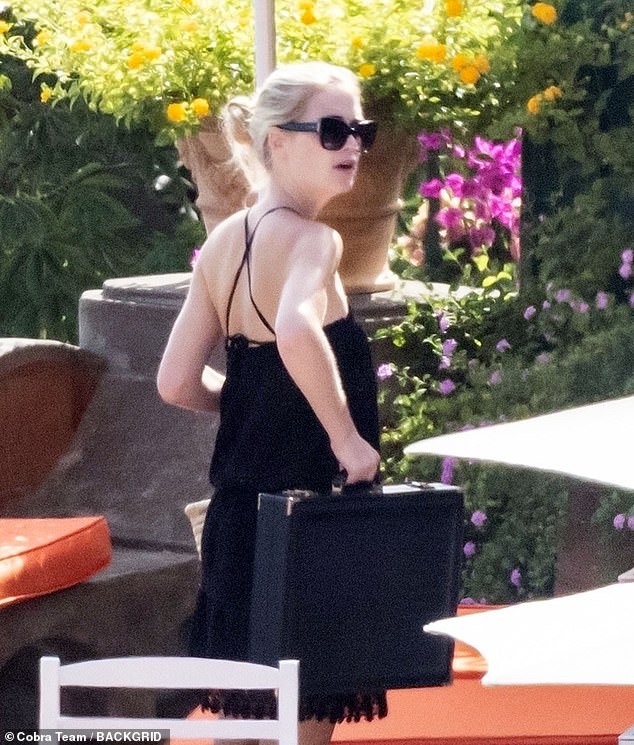 Michael and Kitty were joined by her sisters, twins Eliza and Amelia; Viscountess Emma Weymouth and her husband Ceawlin Thynn, the Marquess of Bath; pop star Pixie Lott and her model boyfriend Oliver Cheshire; Idris Elba’s wife Sabrina; and Made In Chelsea star Mark Vandelli.

Also present were Mr Lewis’s three adult children from a previous marriage. Lady Kitty, – the eldest child of Diana’s brother Earl Spencer – is understood to have formed strong relationships with her husband’s children.

After the ceremony, the two could be seen toasting to their marriage while surrounded by their closest friends and family on the balcony of the villa. 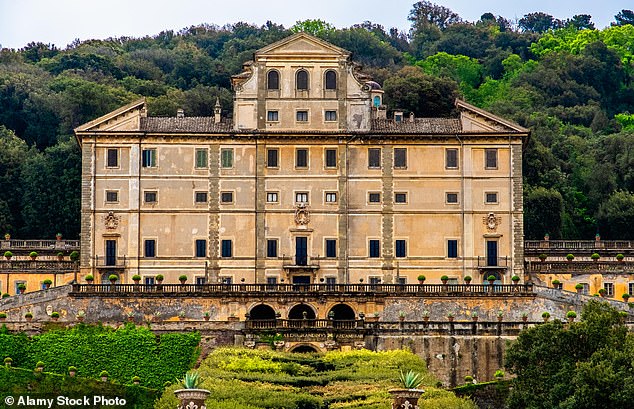 As the searing summer heat began to ease at 6pm, Princess Diana’s niece said ‘I do’ in front of a hushed congregation in the Villa Aldobrandini in Frascati, a stunning country mansion with views towards Rome

Before the ceremony, Viscountess Weymouth and Ms Gubelmann posted on Instagram that their outfits were made by the Italian duo, while Ms Holland Cooper flaunted a small D & G handbag on the social media site.

Lady Kitty may have also opted to wear the Spencer tiara, a headpiece of diamonds in a floral design of tulips and star-shaped flowers, which her aunt wore for her wedding at St Paul’s Cathedral on July 28, 1981.

After the ceremony, Lady Kitty and Mr Lewis treated guests to a feast and dancing before an incredible fireworks display lit up the Italian sky.

Lady Kitty’s siblings Lady Eliza and Amelia, 28, have both remained silent on social media in recent days, while her father Charles shared a video of his home Althorp House yesterday morning.

It is unlikely Lady Kitty’s cousins Prince William, 39, or Prince Harry, 36, have attended the event in Italy amid the ongoing Covid-19 crisis in the UK and the US.