New Zealanders claiming they are being racially discriminated against while living in Australia want a Hollywood star to join a potential class action lawsuit.

The expats say ‘racist laws’ give them ‘inferior rights’, including not being able to vote, receive Centrelink payments or obtain student loans.

Campaign group Kiwis in Australia are pushing for a class action lawsuit to remove strict immigration laws and have asked Oscar winner Russell Crowe for support.

The actor has appeared on stamps in Australia and has two children born in the country but still struggled to obtain citizenship.

He was born in New Zealand, but lives in Nana Glen near Coffs Harbour and until 2018 was married to Australian actress Danielle Spencer.

‘If Russell Crowe were to become actively involved, it could be a game changer as the government would be under considerably more pressure to change the law to make it all go away,’ the campaign said.

‘One of the reasons for a class action is it prevents them offering to ‘do a deal’ with some people and not others.’

The campaign group is demanding a change to laws to make it easier for people from New Zealand to get citizenship, and all the social security that comes with it.

Currently New Zealander must have lived in Australia before February 26, 2001 to be recognised as a permanent resident for citizenship purposes.

The law was introduced under the Howard government in 2001, and stripped Special Category Visa holders (SCVs) of access to citizenship and working age social security payments. 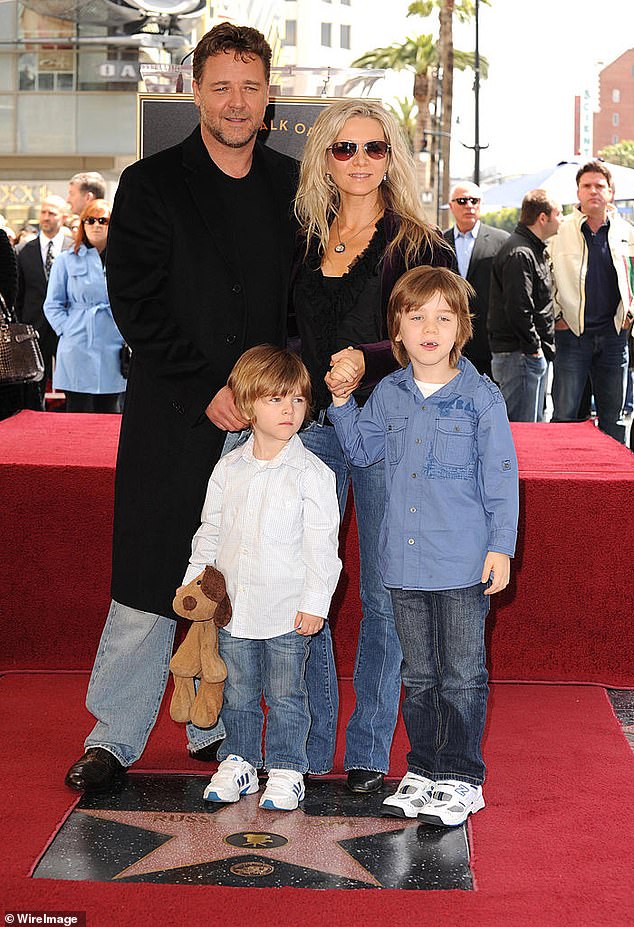 Russell Crowe (pictured, left) was until 2018 married to Australian singer Danielle Spencer (centre), with whom he has two Australian-born sons, Charlie, 16, and Tennyson, 13

This allows them to stay and work in Australia indefinitely, but does not mean they can become citizens.

Kiwis in Australia said their goal was to remove this rule.

‘The aim is to nullify all the conditions of prior residence so that all New Zealand citizens here on an SCV are again ‘permanent residents’,’ the group explained. 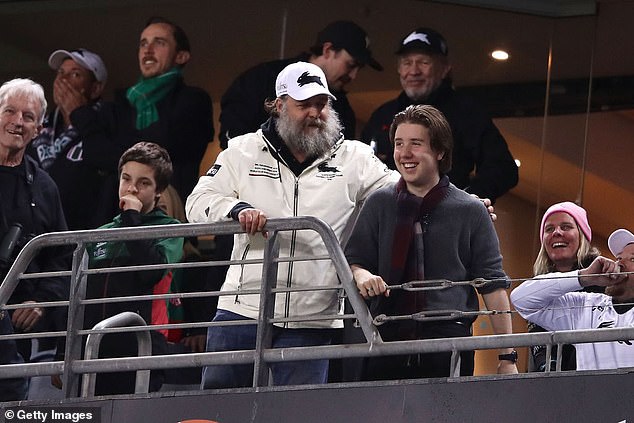 ‘The core argument is that most post 2001 SCV holders/NZ citizens are born in New Zealand (unsurprisingly), and therefore the conditions of prior residence – which only apply to NZ citizens – have a racially discriminatory effect.

”National origin’ is considered a ‘race’ under the law.’

There are about 520,000 New Zealand-born people in Australia.

If someone is not an Australian citizen, they are not able to vote, receive most social security payments or get student loans.

What are the benefits of Australian citizenship?

Able to work for the Australian Defence Force

Crowe opened up in 2015 about how his application for Australian citizenship had been rejected by multiple governments overs the years.

‘They changed the law for New Zealanders,’ the Hollywood heavyweight complained.

‘No matter how long you’d been in the country, if you weren’t in Australia for the majority of 2000 to 2002 — when I was particularly busy filming overseas — you can’t become a citizen.

Crowe’s only option is to apply for a visa based on ‘special talent’ and try to negotiate a citizenship at a later date.

His family moved to Australia when he was four years-old, before briefly returning to New Zealand for a few years.

He then came back to Australia as a 21-year-old and starred on soap Neighbours in the late 1980s.

Crowe has previously called his immigration status ‘unreasonable’ after being recognised by the country on a number of occasions.

‘I’ve been awarded the Federation medal, I’ve been voted one of Australia’s 50 national treasures,’ he explained.

‘I’ve even had my face on an Australian stamp, the only non-Australian to do so, apart from the Queen, of course.’ 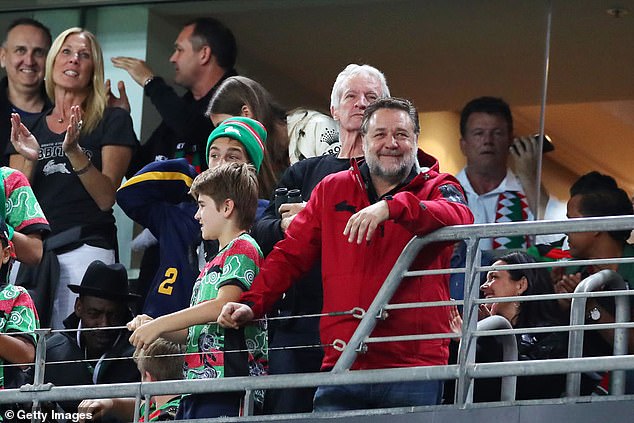 The actor also has personal ties to the country, having been married to Australian singer Danielle Spencer, who he’s since separated from and with whom he has two Australian-born sons, Charlie, 16, and Tennyson, 13.

As a massive rugby league fan, he bought into the South Sydney Rabbitohs team, which he now co-owns. The club went on to win their first Premiership in 43 years under his reign, when they beat the Canterbury Bulldogs in the 2014 Grand Final.

New Zealanders on a SCV can apply for permanent residency after five years, as long as they had a taxable income at or above an income threshold for all four income years before lodging an application. The threshold is $53,900.

A year after becoming a permanent resident, they can then apply for citizenship.

Daily Mail Australia has reached out to Crowe for comment.