Australians are raving about an ‘instant hot water dispenser’ just launched in Kmart that rapidly heats two litres of water in three to five seconds – a fraction of the time it takes a kettle to boil.

The $79 gadget, which hit shelves in-store and online in the past week, pumps out roughly 6ml of water per second and has a child-proof safety lock to prevent kids from turning it on.

Shoppers have been praising the device in household groups on Facebook, with one declaring: ‘Goodbye kettle and the waiting.’

Another satisfied customer said she loves the adjustable temperature control, which can be set to 25C, 75C, 85C or 98C.

Kmart’s new $79 ‘Instant Hot Water Dispenser’, which heats two litres of water up to 98 degrees Celsius in three to five seconds – a fraction of the time it takes a kettle to boil

One woman tagged her colleague and said: ‘This is what you should have got [for the office]! Can’t say I love waiting 20 hours for the work kettle to boil.’

A second said: ‘This looks amazing! I just ordered one, hate my kettle.’

‘I’m always amazed at the things Kmart comes up with. Take my money!’ added a third.

A product description on Kmart’s website says the ‘dispenser will ensure that you get instant hot water in no time’. 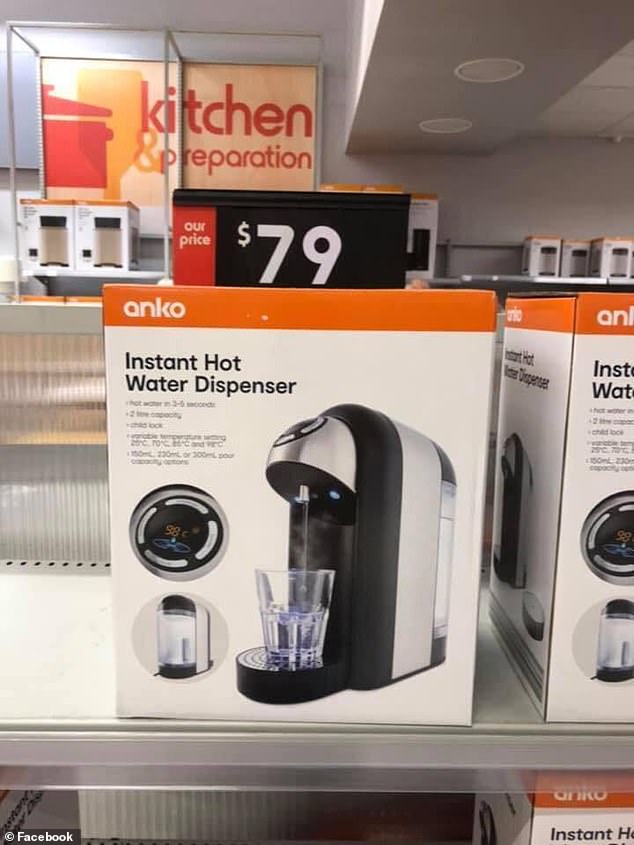 The gadget (pictured) is available online and in-store Australia-wide 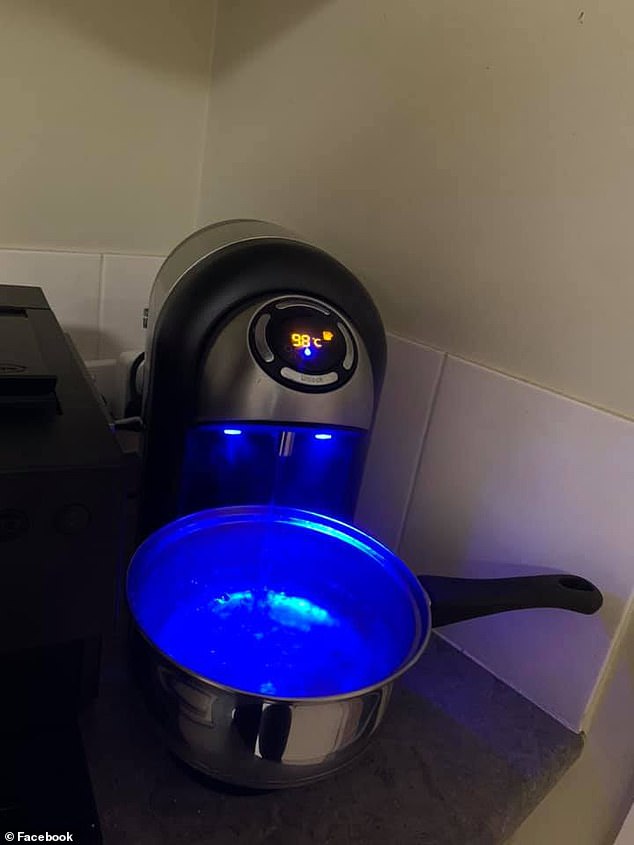 Satisfied customers have been sharing photos of their dispensers in household groups on Facebook, with one woman declaring: ‘Goodbye kettle and the waiting.’

Others raged that they’d just invested in new kettles and wished they had heard about the dispenser sooner.

‘How did I not know about this? I only got a new kettle yesterday,’ one woman complained.

Many said they had ordered the device after seeing positive reviews on Facebook.

One said: ‘Reminds me of the hot water urns our mums used to have in the ’70s, but a lot safer. Getting one.’