A shopper has transformed an everyday kitchen appliance into a stunning wall hanging.

Posting to a Facebook group page, the Australian woman revealed how she turned a $2 mini fry basket from Kmart into a piece of functional art.

Facebook users were keen to ‘steal’ the idea, with one commenting: ‘So clever.’ 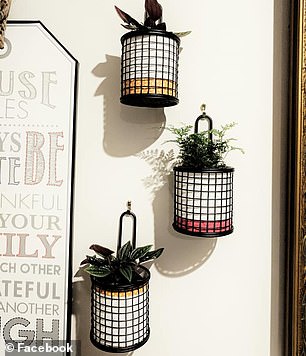 ‘Stealing this idea to store herbs in my kitchen’: Kmart shoppers are in awe as a savvy woman turns a $2 mini fry basket into a stunning wall hanging

The savvy shopper posted photos to Facebook of her creation.

The basket, which is matte black and made of powder coated iron wire, retails for just $2 at Kmart stores and online.

Before and after photos saw the original basket now holding a succulent plant, and mounted to the wall. 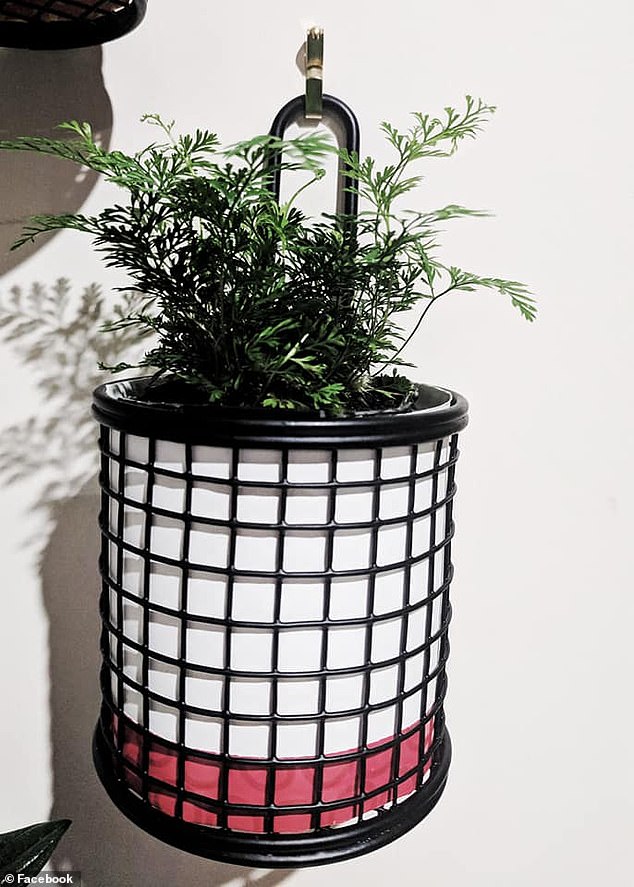 Bargain: The original basket, which is matte black and made of powder coated iron wire, retails for just $2 at Kmart stores and online 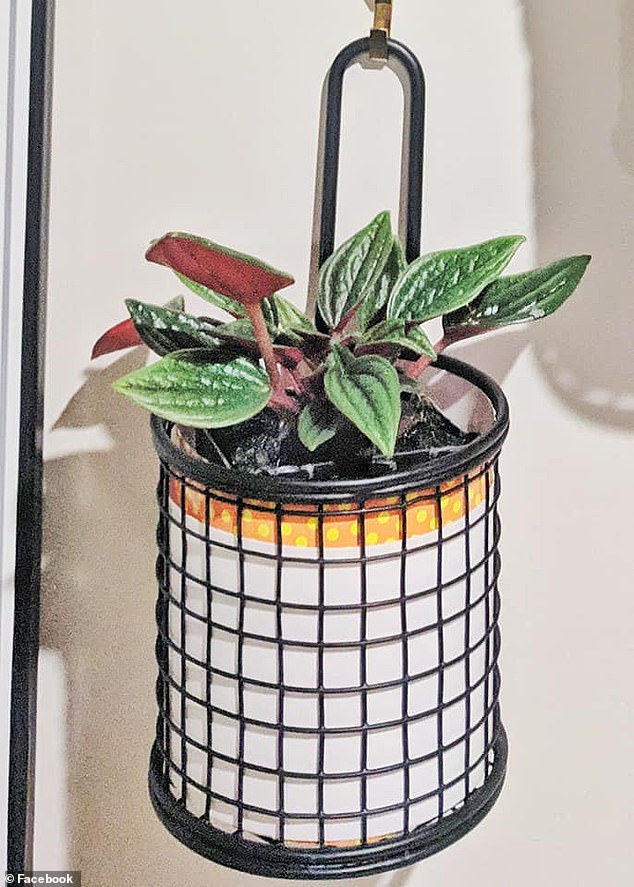 Creative: Before and after photos saw the original basket now holding a succulent plant, and mounted to the wall

‘First, straighten the handle, then use two plastic cups, one for a drainage hole and a second one for catching water,’ she revealed online.

The woman added that she placed a layer of coloured paper into the bottom of the basket, ‘to make it interesting.’

Fellow Kmart shoppers were quick to take to the comments section, saying they were keen to ‘steal’ the idea.

‘Stealing this idea to hang some herbs in my kitchen,’ wrote one, while another said: ‘Fabulous idea.’

‘Very cute,’ added one, along with another who commented: ‘So clever.’ 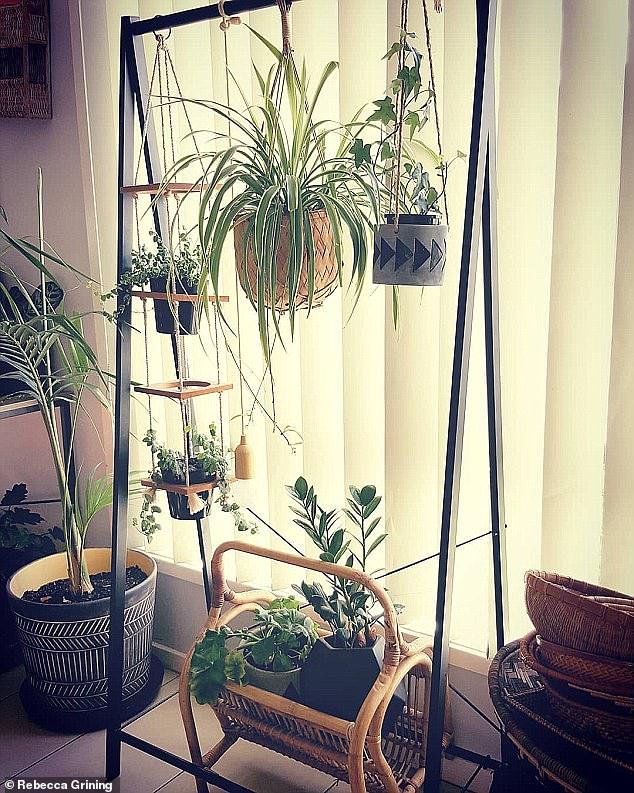 Another savvy shopper: As a renter, with a love of greenery, Rebecca Grining, of Geelong, previously revealed how a $27 rack from Kmart (pictured) could be transformed into a hanging garden

This is not the first time Kmart shoppers have shared their unique hacks online.

A mother with a love of greenery previously revealed to 9Honey how she turned a $27 clothing rack into a fabulous indoor garden.

Rebecca Grining, of Geelong, Victoria, rents her home which means drilling holes into walls and ceilings to hang plants isn’t something she’s able to do.

But rather than let this stop her from creating a lush indoor space, Ms Grining turned to Kmart to help her find a solution. 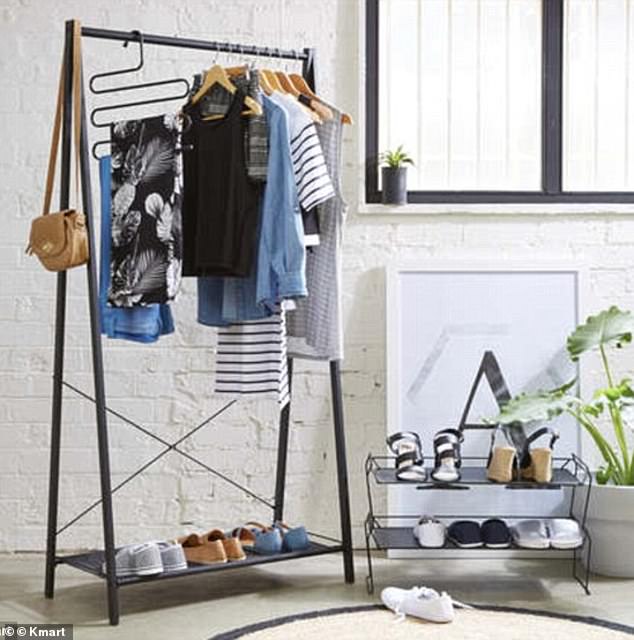 Design: A wire rack from Kmart (pictured) solved Ms Grining’s problem of how to create a lush indoor garden

Ms Grining also revealed details of how she created her hanging garden saying that as well as using the rack, she sourced other pieces from second-hand shops.

‘The four-tiered hanger was in stock (at Kmart), the middle is an op-shopped cane basket with the Kmart macrame hanger, the black and grey hanger was from pillow talk,’ she told 9Honey.

Ms Grining explained that she also removed the fabric panel at the bottom of the rack as this didn’t serve a purpose.

The rack was constructed according to instructions, without the fabric panel. Hangers were added before the final rod was put in place.