Boris Johnson is under growing pressure to sack Geoffrey Cox and Dominic Cummings after the Supreme Court ruled the Prime Minister’s suspension of Parliament was unlawful.

The Attorney General reportedly had reassured the PM that the plan to prorogue Parliament for five weeks was lawful.

Mr Cox apparently responded to the judgement yesterday by suggesting to the Cabinet that the judges had acted in a way which went beyond the unwritten rules of the constitution.

That prompted critics to claim the government’s top legal officer had failed to understand the unanimous ruling of the court.

Mr Cox then hit back, sending a tweet just before midnight, as he appeared to compare his detractors to conspiracy theorists who believe the moon is made of cheese.

The Attorney General is facing demands to quit over his botched prorogation legal advice while Mr Cummings is also under fire amid growing calls for him to be booted out of Downing Street.

Mr Cummings has been credited with masterminding Mr Johnson’s strategy since the latter won the keys to Downing Street at the end of July.

That strategy has seen Mr Johnson lose six Commons votes out of six, 21 Tory MPs stripped of the whip, the resignation of the PM’s brother, numerous clashes between the PM and angry members of the public and then yesterday’s devastating Supreme Court ruling.

Mr Johnson’s political opponents have demanded Mr Cummings be sacked while there is reportedly growing disquiet within the government about the path the Vote Leave maverick has put the Tories on.

However, Downing Street said this morning that Mr Johnson does still have confidence in Mr Cox while ‘nobody’ – minister or official – had offered to resign over the prorogation ruling.

‘The answer will be “no” on all of those questions,’ the Prime Minister’s official spokeswoman said.

Geoffrey Cox, pictured in Downing Street on September 17, is facing calls to resign after he reportedly told Boris Johnson prorogation would be lawful 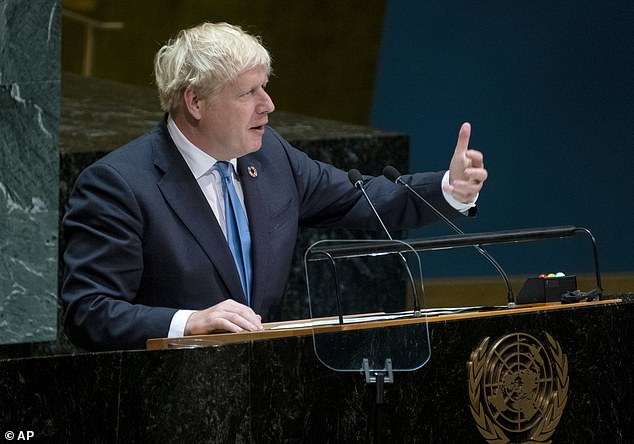 Mr Johnson, pictured in New York yesterday, is also under pressure to sack Dominic Cummings, his most senior adviser, who is in charge of strategy in Number 10

According to Sky News, Mr Cox told Cabinet that Mr Johnson’s advice to the Queen on prorogation was ‘lawful and within the constitution’.

The QC is also said to have told the Conservative Party leader that any criticism of such a move would be politically motivated.

But all 11 Supreme Court judges ruled yesterday the instructions were unlawful and confirmed the suspension no longer stood.

Mr Cox, according to an un-redacted version of court papers released to lawyers challenging Parliament’s suspension, is said to have assured Cabinet that the decision to prorogue would not be overturned.

‘The attorney general said that his advice on the question of the law is that this was lawful and within the constitution,’ the papers revealed.

‘Any accusations of unlawfulness or constitutional outrage were motivated by political considerations.’

But judges unanimously ruled that the advice given to the Monarch was ‘unlawful, void and of no effect’.

Last night it was reported that Mr Cox had told Cabinet yesterday evening that he did not believe that ‘any prorogation over the past 50-100 years would have survived today’s judgment’.

The comment suggests Mr Cox believes the Supreme Court may have overstepped the mark in its judgement.

Mark Elliott, a law professor at the University of Cambridge, then tweeted: ‘*If* the Attorney General had said this – and I emphasise the word “if” – then he would have fundamentally failed to understand the judgment.’

Mr Cox then hit back with a tweet sent at 11.46pm in which he mocked Mr Elliott’s remark.

He said: ‘If Professor Mark Elliott – and I emphasise the word “if”- had said the moon was made of cheese – then he would have fundamentally failed to understand the geological structure of the moon- and cheese.’

Sources close to the Attorney General last night told The Sun that he has no intention of resigning and is not considering his position. 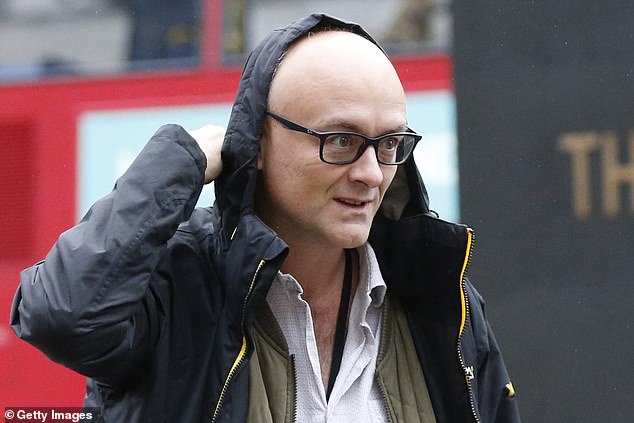 Mr Cummings, pictured in Whitehall in central London this morning, has been widely blamed for the decision to try to prorogue Parliament

But pressure is likely to continue to mount on Mr Cox with MPs believed to be plotting a move to try to force the government to publish his prorogation legal advice in full.

However, while Mr Cox is the subject of resignation calls, Mr Cummings is facing much greater levels of hostility from critics of the government.

Nigel Farage, the Brexit Party leader, has led calls for the PM’s chief aide to be sacked.

He said: ‘The calling of a Queen’s Speech and prorogation is the worst political decision ever. Dominic Cummings must go.’

Amber Rudd, the former Tory Cabinet minister, said Mr Johnson is ‘clearly not getting good advice’ and he should ‘certainly consider some people’s positions’.

Dominic Grieve, the former Tory attorney general, echoed a similar sentiment as he said Mr Cummings is ‘not fit to be an adviser to the Prime Minister’.

There is also growing pressure on Ms Da Costa, Number 10’s director of legislative affairs, to step down for the role she played in the prorogation push.